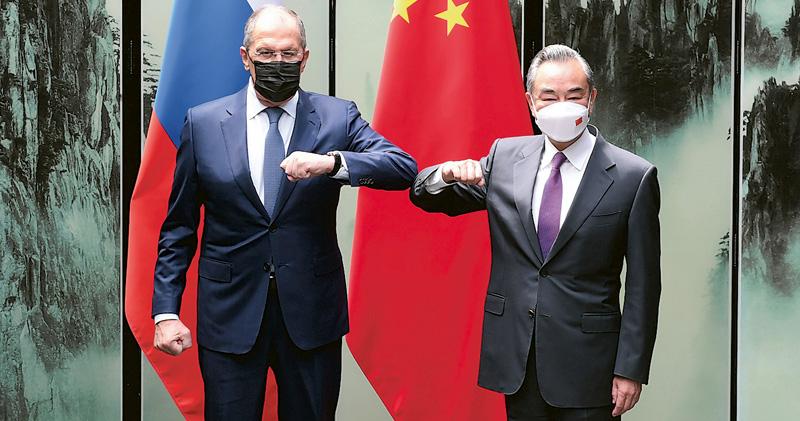 Representatives of China, the United States, Russia and Pakistan discuss the Afghan issue

According to reports from CCTV, Xinhua News Agency, and Russian Satellite Network, the foreign ministers’ meeting was hosted by China. ”, conveying the “voice of neighboring countries” to the international community. Six foreign ministers or representatives of Pakistan, Iran, Russia, Tajikistan, Turkmenistan and Uzbekistan will attend the meeting. Subsequently, the “Afghanistan Neighbors + Afghanistan” Foreign Ministers’ Dialogue will be held in Tunxi, Anhui Province, and the acting Foreign Minister of the Afghan Interim Government will be invited to attend the meeting. The foreign ministers of Indonesia and Qatar will be invited as guests. In addition, a meeting of the “China-US-Russia +” consultation mechanism on the Afghan issue will also be held, and the special representatives of the United States, Russia and Pakistan will attend.

This is Lavrov’s first visit to China after the Russian army’s invasion of Ukraine, which has aroused concern. When meeting with Wang Yi, Lavrov briefed on the negotiations between Russia and Ukraine, saying that Russia is committed to de-escalating tensions, and will continue to have peace talks with Ukraine and maintain communication with the international community. Wang Yi said that under the current situation, China supports Russia and Ukraine to continue the peace talks despite difficulties, supports the positive results achieved so far in the negotiations, supports the cooling of the situation on the ground as soon as possible, and supports the efforts made by Russia and other parties to prevent a large-scale humanitarian crisis. Wang Yi expressed that in the long run, we should learn from the lessons of the Ukraine crisis, respond to the reasonable security concerns of all parties based on the principles of mutual respect and indivisibility of security, and build a balanced, effective and sustainable European security architecture through dialogue and negotiation to achieve long-term peace in Europe.

According to the website of the Chinese Ministry of Foreign Affairs, Wang Yi also stated during the meeting that China-Russia relations have withstood the new test of the changing international situation. China is willing to work with Russia to “promote China-Russia relations in the new era to a higher level.” Lavrov also expressed his willingness to work with China to continuously strengthen high-level strategic coordination and deepen mutually beneficial cooperation in various fields.

Regarding Sino-Russian cooperation, Chinese Foreign Ministry spokesperson Wang Wenbin said at a press conference yesterday that the content of cooperation includes military cooperation, etc., and said that as permanent members of the Security Council, China and Russia have always adhered to the principle of non-alignment, non-confrontation, and non-targeting. To develop bilateral relations on the basis of the third country principle, the two sides will continue to practice genuine multilateralism and are committed to promoting world multi-polarization and democratization of international relations.

Earlier, Wang Yi had a video meeting with Josep Borrell, EU High Representative for Foreign Affairs and Security Policy on the 29th, and also talked about the situation in Russia and Ukraine. Wang Yi said that extreme sanctions will only lead to mutual harm, make the situation more complicated, and intensify conflicts. On the same day, China’s Deputy Permanent Representative to the United Nations, Dai Bing, pointed out when the Security Council reviewed the humanitarian issue in Ukraine that all-round and indiscriminate sanctions would bring new humanitarian issues. He said that after the outbreak of the war, Europe and the United States imposed a number of sanctions on Russia. Dai Bing said that the escalating all-round and indiscriminate sanctions have and will further impact the global energy, food, economic and trade, and financial markets, affecting the normal lives of many people and bringing new humanitarian problems.