Home world Wangerooge after storm Sabine: Without the beach, no vacationers Pthe dream beach is suddenly gone: storm surge “Sabine” brought with it five storm surges, which carried tens of thousands of tons of sand in succession. By the time the tourists come back to Wangerooge in the summer, the holiday idyll must be restored as the brochures promise.

“The way the beach is now, we can’t even put 100 beach chairs in it,” says Mayor Marcel Fangohr (independent). Around 1400 would normally be there during peak season.

This requires a real Sisyphean job: Every year from autumn, storm surges cause the Wangeroog bathing beach to shrink. Sometimes 50 percent are missing, sometimes 55, as the mayor explains. So far this year it is 80 percent.

“I guess we have to fill around 80,000 cubic meters of sand,” says Fangohr. The fine white sand had to be hauled by truck from the east of the island. There are 4,000 tours that lasted over six weeks.

According to his estimates, there are 30,000 cubic meters in stock. The mayor is hoping for federal permission to take something from sandbars. Otherwise an emergency plan would have to be prepared, for example, less could be filled up. Instead of barrier-free access with sand, boards would then have to be used.

No guests come to Wangerooge without the beach

In some places there is a four meter high edge between the promenade and the beach. “Actually, we would just look out of the sand with our heads,” explains the mayor in the middle of the beach.

If beach chairs were set so low, they would be washed over during a normal flood, says Fangohr. “And a bathing beach would then also no longer be conceivable. Then the guests could only lie here in low tide – and then swimming is prohibited. ”

Stefan Kruse, who is standing on the promenade behind the bar counter, has a direct view of the beach: “There has to be sand, the beach chairs are on there – and no guests come without.” He himself had helped to fill up the sand again after the storm surge season , “As an islander, I thought you had to join in,” he says.

Wangerooge lives from tourism. According to the spa administration, around 140,000 guests come to the small North Sea island with around 1300 inhabitants every year. 2.3 million euros will go to the till through the spa contributions, around 400,000 euros will then be used to restore the beach. This year it could reach up to 500,000 euros.

Also on the island of Langeoog, the picture after the storm depression “Sabine” is dramatic. “Several hundred meters of beach are damaged. And this time we even lost up to ten meters of dune in places, ”says Mayor Heike Horn (independent).

There, too, one would have to fill up what happens every few years. In 2018, 600,000 cubic meters were last filled up on the main beach. “It is a decision that the country makes,” says Horn.

The situation is different at Wangerooges bathing beach, where the federal government is responsible for the revetment, i.e. the bank protection structure. “They say that tipping sand in front of it is for tourism and not for coastal protection,” says Fangohr. The mayor sees it differently: Without the sand, the natural forces would hit the revetment directly.

Due to their exposed location, the East Frisian Islands are particularly exposed to the effects of tides, currents, waves and wind. “In addition to the storm surge protection for the islands themselves, they have a special security function for the mainland coast as upstream natural breakwaters within the coastal protection system,” explains Carsten Lippe from the Lower Saxony State Agency for Water Management, Coastal Protection and Nature Conservation (NLWKN).

As the most easterly of the islands, Wangerooge is more exposed to storms than the others. Borkum and Spiekeroog, for example, saw hardly any damage after the past storm surges.

“In the meantime, violent storms are occurring more often,” said Wangerooges, the Deputy Council President, Peter Kuchenbuch-Hanken (Greens). “Up to the 1970s and 1980s, we had this every 20 years, now every four to five.” “Sabine” was still harmless, but there would have been five storm surges in a row.

The storm surge protection for Wangerooge is currently not endangered, says Carsten Lippe. “Behind the bathing beach there is a massive revetment that protects the island,” he assures. This is currently exposed in some places.

The dog from Agnes Langemeyer balances on a small ledge of remaining sand. “Pretty violent, gosh! And the next storm should come on Sunday, ”she says to the mayor. She has been coming to the island again and again for twenty years. She asks: “Can you get the beach back by summer?” Fangohr’s promise: “We’ll find a solution.” Robert F. Kennedy’s granddaughter and great-grandchild disappear in a canoe and... 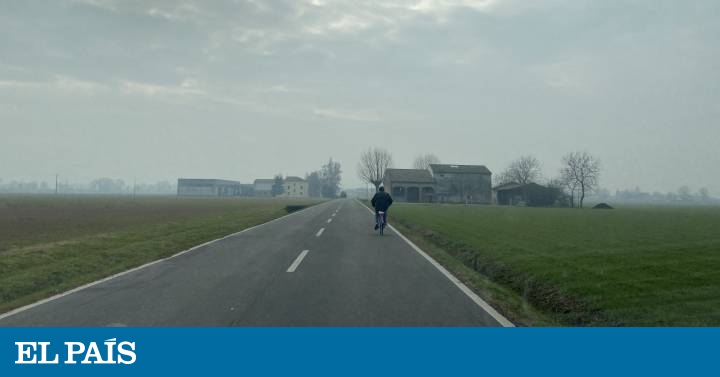 The ‘Novecento’ day laborers would vote for the League today |...