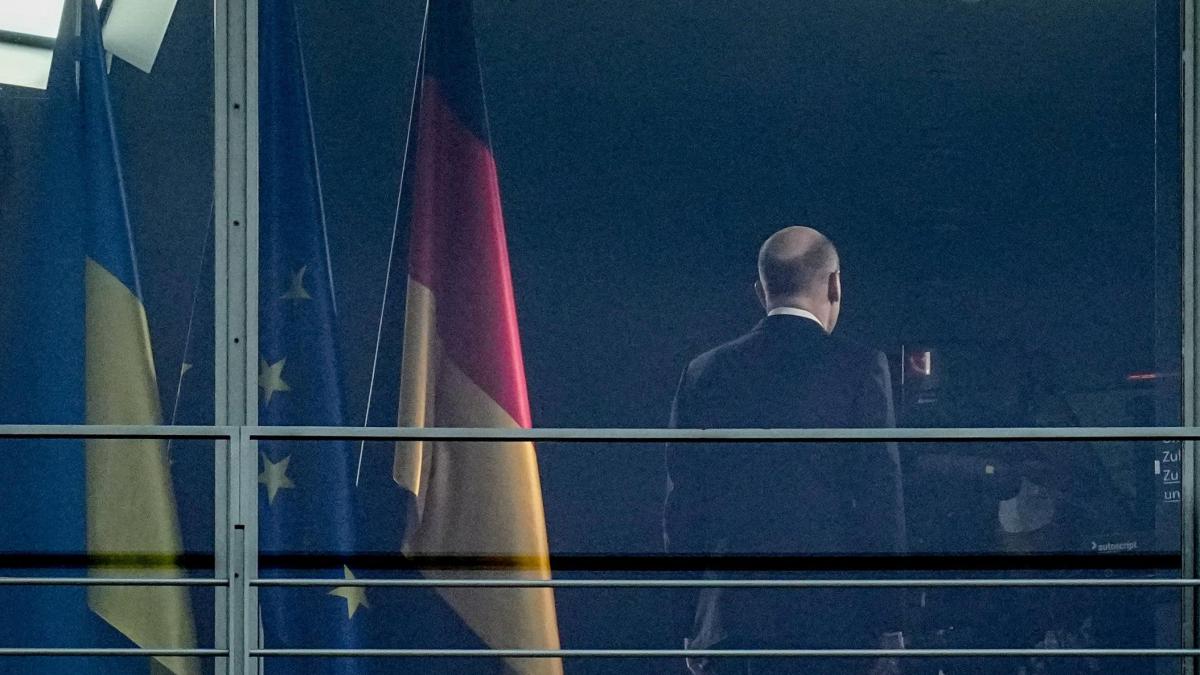 When I name my place of birth, my counterpart usually doesn’t know what to do with it: Kharkiv, the former capital and second largest city of Ukraine. Compared to Germany: with almost two million inhabitants, it is only less populated than Berlin, and that’s about it.

Kharkiv has 42 colleges and universities – for comparison: Berlin has 30 of them -, countless museums, galleries and a rich cultural life including a literary landscape that is unparalleled and in Germany only in Berlin finds a comparable equivalent in diversity. In other respects, too, the city resembles Berlin at its best. Young, hip cafés and design stores break up the monumental cityscape peppered with colonnaded buildings.

The name Kiev, it is then said, “one” had already heard, but unfortunately nothing else in the Ukraine – mind you, “Kiev” is just the Russian-language name of this city, which is called Kyiv in Ukrainian – oh yes, “one” still knows the Crimea . Like people in other countries, many Germans are ignorant, uneducated, unwise, ignorant when it comes to Ukraine.

The wrong side of the story

So far I have had the feeling that I can face this fact calmly and a little with pity. That may have been because my feelings towards Ukraine have always been indifferent. When my family and I moved to Germany as Jewish quota refugees at the end of the 1990s, we believed that we were leaving behind not only impoverishment in the Ukraine, but also nationalism and anti-Semitism. My grandparents and parents experienced paralyzing, incapacitating anti-Semitism in the former Soviet Union and later in the Ukraine, as did I as a small child with the parental mandate to keep our Jewish origins as secret as possible in order to avoid conflicts at school.

The punchline is simple: Germany, so fond of conceptually differing from “Nazi Germany” and believing it can nevertheless boast of being its opposite, has struck me personally with far worse anti-Semitism. This Germany continues to pride itself as an angel of peace, diplomatic authority and voice of reason. Not only is it not supplying arms to Ukraine, it is blocking arms supplies from other countries – for example, from Estonia, which wanted to hand over to Ukraine old weapons given to it by Finland, which Finland received decades ago from Germany.

The same Germany achieves exorbitant income as an arms seller and arms supplier all over the world, without functioning verification mechanisms where the second-hand arms go. Turkish President Erdogan also used German weapons to bomb peacefully Kurdish areasterrorisierte Muammar Al-Gaddafi also with German weapons its own population, the militias of the IS also with German weapons committed a genocide on the Jesiden (and of course also with Russian weapons). Qatar, Saudi Arabia, Iraq, Iran, Oman, Pakistan, Somalia, the United Arab Emirates and 28 other countries are on the List of German arms importers.

Anyone who now thinks that there is at least an export ban on arms to Russia is badly mistaken. The federal government ordered this after the annexation of Crimea in 2014, but contractually stated that this ban does not apply to such weaponswhich are to be classified as sporting weapons. Independent observers have been reporting for years that the pro-Russian militias in eastern Ukraine are equipped with these very “sporting weapons” in addition to their Russian weapons. I recommend doing your own research to see which guns qualify as “sporting guns.”

So now Germany has once again decided which side of history it wants to be on. There is talk of the medium-term effect of sanctions. Economic factors are used, and the effects on stock markets are compared and weighed. As Ukrainian President Zelenskyy said: Ukrainians will die. The price of Ukrainian lives is weighed.

“We blow up a balloon”

Kharkiv residents have been urged to stay awake and take shelter in subway stations for the past two nights. My relatives couldn’t find a place in the overcrowded wards. A cousin works through the night and soothes his children during the day while texting me that he actually doesn’t know what to say to them anymore – he needs the reassurance himself.

Two days earlier, like most Ukrainians, they were confident that there would be no hostilities on Ukrainian territory, and that fleeing would be absurd. When I write to him that they should come to Germany, he replies: “Yes, we’ll blow up a balloon and fly over to you” – it’s no longer possible to escape. My cousin, Vitaliy, works as a line installer and maintenance worker at the city electric company.

In Germany, meanwhile, there are reports of increased energy prices and warnings of a further rise in prices due to stricter sanctions. At the first EU summit since Russian troops invaded Ukraine, German Chancellor Scholz, as one of several, but overall few heads of state, blocked Russia’s SWIFT exclusion – a means that has proven to be extremely effective in the context of sanctions against Iran has proven and is the only one in the sanctions package discussed so far that still gives hope of a real effect.

When it came to Ukraine, I was often torn myself. I knew about the dangerous nationalism that unfortunately also exists in Ukraine and, on the other hand, about the pro-Russian views of many Ukrainians. About the attitude of the people in eastern Ukraine actually towards Russia.

Since 2014 the country has changed and transformed. The problems are not solved, but the cafés, restaurants and the colleges and museums are full of people who are open-minded, tolerant and educated. When Putin speaks of Ukraine, he speaks of an oligarch country, meaning pre-2014 Ukraine and erasing its presence. What we should know by now: Putin’s simplest and most brazen method is to blame the West for your own actions. Now he speaks of intervention because of an otherwise imminent genocide in the eastern territories.

Everyone in Germany should be warned that they pay for their gas, electricity and petrol with the lives of innocent people in Ukraine. Germany is not an angel of peace and has never been one in its history. Despite my German nationality, my sense of belonging to the German “we”, I now feel like “the”. “They” remain the others here, not us, the foreigners, the underdeveloped. I’ve always been ashamed of being a German citizen, but never as much as now. I, too, have to answer for the coming dead.

The question I ask myself today is simple: What can I hope for? On whom? The first protests are starting in Russia, and St. Petersburg is full of people demonstrating against the war. Leading intellectuals are making media statements against Putin. A major daily newspaper announces that it will publish the next issue in two languages ​​- in Russian and Ukrainian. The resistance is already experiencing arrests and beatings. My greatest hope in this conflict today are the Russians, who are organizing a resistance that is already subject to repression. I think of them and the people of Ukraine. President Zelenskyy says that 137 of them died on the first day of fighting.

Yevgeniy Breyger, born in Kharkiv in 1989, is a poet and translator. In 2020 his volume of poetry “stolen air” (kookbooks) was published. In 2021 he was awarded the Munich Poetry Prize.