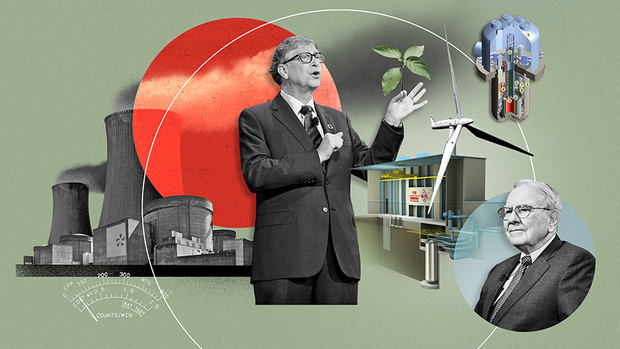 Düsseldorf It is to be built on the site of a disused coal-fired power plant in the US state of Wyoming: a mini nuclear power plant of the latest generation. It is being built by Terrapower, a start-up founded by Bill Gates, and Pacificorp, an energy company owned by Warren Buffett.

The project was launched a few days ago. The sodium-cooled rotor shaft reactor is expected to cost one billion dollars and will produce 345 megawatts after seven years of construction. It is a so-called “Small Modular Nuclear Reactor”, a small modular nuclear reactor – which, the proponents hope, will save mankind from the climate crisis and revive nuclear power.

Climate change is changing the discussion about nuclear power. A number of reactors are being built in China and other countries. A new study from Barclays sums up the pros and cons.