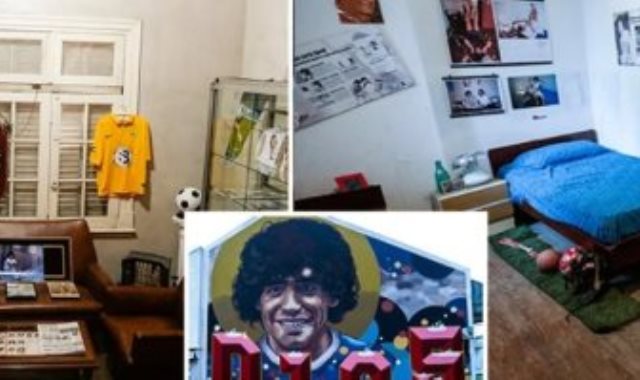 The house in which teenage legend Diego Armando Maradona lived in his hometown of Argentina turned into a museum..

Before becoming a world star, and leading Argentina to win the 1986 World Cup in Mexico, and crowning the Italian league twice with Napoli, Maradona lived in this two-storey house in the capital, Buenos Aires.

The property was given to him and his family in 1978 as part of negotiations over his first professional contract – a deal he had not heard of at those times..

Now, the house has been converted into a museum where fans of Myth 10 can honor the former football god.

In 2016, the house was again restored thanks to Alberto Perez, the former technical director of Maradona in the Argentinos Junior team that collects memorabilia of legend.

Perez bought the house for about 82,000 pounds in 2008 from a woman who had lived there since 1981, since Maradona left for Boca Juniors..