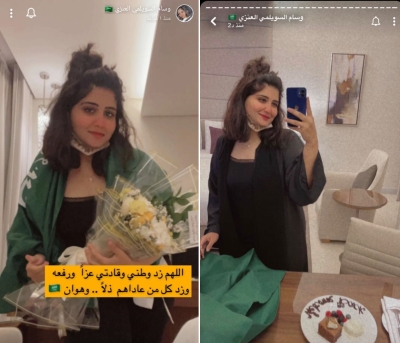 Al-Marsad newspaper: The hashtag “Wissam in Saudi Arabia” trended on social networking sites “Twitter” after the arrival of the Saudi refugee in Germany, Wissam Al-Suwailimi, to the Kingdom.

Wissam announced her arrival to Saudi Arabia during the past hours, and published pictures of her from inside a hotel in the Kingdom after her arrival.

And she commented, “Oh God, increase my patriotism and my leaders’ dignity and elevation, and increase all those who oppose them humiliation and humiliation.”

Wissam had announced earlier that a decision had been issued by the Royal Court to secure her return trip to the Kingdom and her life there.

A woman died during liposuction