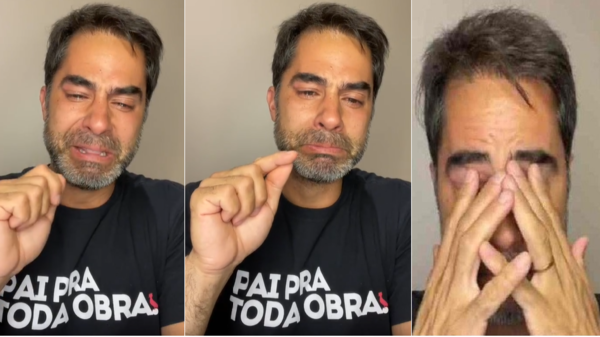 Although his case ended with his return last Sunday to Brazil after A week spent in detention in Cairo By order of the Public Prosecution, on May 24, he harassed an Egyptian woman inside a bazaar where she works in Luxor, and broadcast a video of his harassment on his Instagram page, where he is followed by 963 thousand, then he withdrew and apologized to her and she accepted his apology, but Dr. Victor Sorrentino, 39, photo Selfie video from 2 days agoIn it, he explained the details of what happened completely inside the bazaar, and suddenly the words in his throat became so affected that he broke down with tears.

The video is long, 47 minutes long, in which he narrated exactly what happened in the bazaar that he entered with two friends who were spending a tourist vacation with him in Egypt, accompanied by a tourist guide, a video that Al-Arabiya.net watched in its entirety, in which he said that what happened was not harassment on his part. With the seller Reem, but he appeared as well because he filmed his conversation with her and the atmosphere in the bazaar, then he divided what he filmed into a section that made it a video, and broadcast it on his “Instagram” account on May 30, and if he broadcast the rest of what was filmed, his words with the seller would appear “in a different context,” as he put it.

Group banter in the bazaar

The doctor showed the video that he had filmed in the bazaar within the video that he produced two days ago, and 6 other people appeared in the bazaar in an atmosphere of banter, due to the fact that the tour guide who was with him carried two copies of two statues in a way that made everyone laugh. In the photography, a picture of a pharaonic mural in which 14 judges were placed in an indecent display appeared on the wall of the bazaar, and one of them began to explain to him what was in it. , but she did not understand the pornographic meaning of the two questions.

And because the video that “Selfie” filmed two days ago is long, and he cried 3 times, so the Brazilian media cut one of the clips in which he cries, and broadcast it as part of its story about his version of what happened in the bazaar, including the one that Al Arabiya.net transmits the video about its above news. , which is the local TV channel SBT, whose announcer has not commented much about his crying.

In the weeping, fragmentary clip, the doctor apologizes to all those he offended by what happened in the bazaar, acknowledging that he made a mistake and bears sole responsibility for what happened. Then it became clear from the nature of the comments on “Instagram” on the long video, that the doctor did not seem to have paid any money to the seller as compensation, but rather the initiative was to forgive him and accept his apology.. She wanted to end the predicament he got himself into, to return to his country, his wife and his only son.