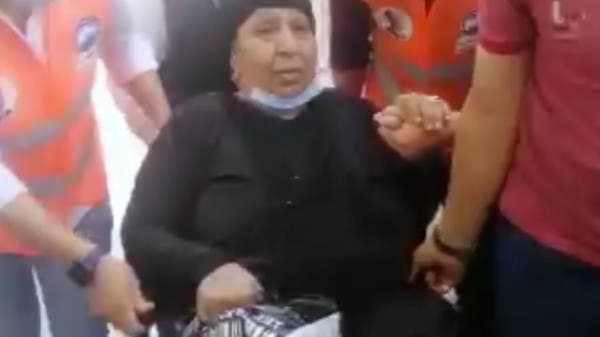 After she occupied social media with her distress, in which she appealed for the intervention of those concerned and an end to her suffering, the Egyptian authorities decided to transfer Actress Fatma Koshary She was taken to the hospital on Thursday, again for treatment from the complications of the fatal medical error she was exposed to.

The most famous Egyptian extras, as you know, lived through severe pain after a health illness that needed her Urgent surgery, last March, but she was exposed to other complications after being discharged from the hospital, as a result of which her health condition deteriorated.

She also explained that the beginning of the crisis was when she felt pain in the abdominal area, which required her to be referred to more than one doctor. Inside, which caused the wound to not heal for several days.

In turn, the artist, Mounir Makram, a member of the Syndicate of Representative Professions, pointed out that the syndicate is following up on the health condition of the artist, Fatima Koshary, stressing that they are responsible for the expenses of her treatment, despite her not being a member of the union.

And a video clip spread showing the artist in a wheelchair, going for treatment in the hospital, after the union’s decision.

It is noteworthy that Fatima Koshary, one of the oldest and most famous film and drama co-stars, started her artistic career with the films “The Struggle of the Grandchildren” and “The Execution Brigade”.

Her real name is Fatima Al-Sayed Awad Allah, and she also entered the field of television drama in 2001, when she participated in the series Dahab Qishra in 2001.

Until then, she continued her work, where she participated in dozens of works between cinema, theater and television, among the most prominent of her works are Keda Ok, Shikamara, The Sweetest Times, and a group of series and dramas.