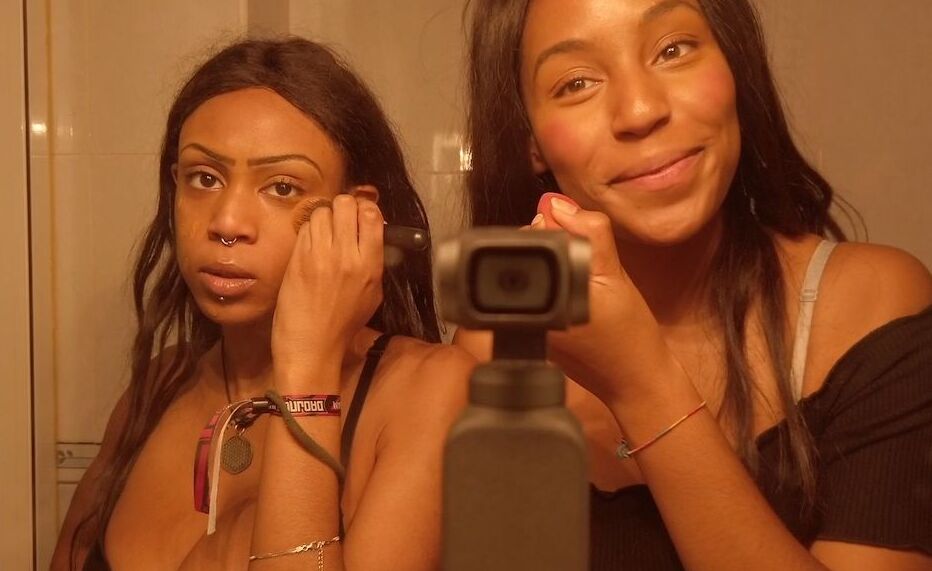 The painter Pierre Soulages He maintained that the color black is actually simply a rebuttal of himself. It is all that he denies. “It is at the same time a color and a non-color. When light is reflected in black, it transforms and transmutes it, and opens a mental field of its own”, he writes in one of his reflections of air as mystical as each of his glowing and opaque paintings. The centenary Soulages is French and white. Arthur JafaInstead, he maintains that black, rather than a simple color (or no color), is power, it is beauty, and it is alienation. Jafa is American, he’s a video artist, and he’s black. Rubn H. Bermdez, Instead, he prefers to pose the question as a simple question, like the question he has faced since childhood when he looked at himself to the amazement of his classmates: “And you, why are you black?”. Bermdez is from Mstoles, from Athletes, fulfills the quarantine and presumes for not long of paternity.

And obviously it is black.

Rubn H. Bermdez has just presented at Documents Madrid the movie ‘We all like bananas.’ The barely an hour-long tape opens with mute, old footage: ‘Danse espagnole of the Seville Fair‘(the typo is in the title). It is a short of Louis Lumire registered in the Universal Exhibition of Paris in 1900. In it, a black man dances a Sevillian. Crashes and ah, indeed, in the ‘shock‘The perplexity and grace are recorded, the enlightenment that haunts Soulages and the beautiful force of which Jafa speaks. What follows is a portrait that is both a self-portrait. “Seven black people star in the attempt to make a film. A choral, intimate and warm portrait”, says and writes the director himself and, in effect, that is it. They are a group of people who in today’s Spain look at each other, look at us and, how could it be otherwise, we look at each other. The self-portrait is theirs and, oh the find, it belongs to all of us. We have arrived.

The director says that everything started much earlier. The project was probably started unknowingly the first time you looked around and there weren’t people like him there. Or rather, there were, but the gaze never lingered on them. “For TV, blacks are always the others”, says the technician. Later he ended up dedicating himself to photography and over time, in 2018, he ended up publishing the book that he could not help but be entitled ‘And you, why are you black? ‘, without a doubt, a point and apart in the visibility of the Afro-descendant community in Spain. And so on until with the help of Matadero Madrid and the inspiration of the Jafa film ‘Love Is The Message, The Message Is Death’ ended up in the project that has just been presented now.

Through the movie they walk, they look at each other and they look at us Ebebe Miranda, Oumoukala Sow, Ken Province, Chumo Mata, Agnes Essonti and Nadia and Hannah. The camera is limited to recording the infected daily life of its day to day and does so with a transparency very close to the celebration and the miracle. “This is not another story of resistance and racism. The idea is to rescue a collective voice among eager people who laugh,” says the director with all the non-drama of which he is capable. And indeed, the film moves across the screen convinced of all its enormous power to claim precisely another way of looking. And it is there, unintentionally, what the philosopher El Chavo del 8 would say, where the film becomes strong and in its festive and happy revolutionary way.

Bermdez quotes Jafa and his side the directors Luis Lpez Carrasco, for ‘The future’, and Elas Len Siminiani, for ‘Map‘. The two of them and the filmmaker Claudia Claremi. From there he tries to draw a map of his influences, his references, his debts and also his fears. “I wanted”, he says, “a collective author in which all the voices were mixed into one, that all the characters were one.” The characters watch TV, walk, cook, paint themselves in front of the mirror and even speak to themselves because those who live alone soliloquy. There is also a scene of fight and racism in the train near Madrid between a black man and several guards. “I imagine”, he points out, “that it is inevitable.”

Although the film is neither conjunctural nor in the worst sense of the word political, few films seem more obviously political in the best and most current of senses. While the protagonists watch the series’The one that looms’ or while they are drawn in perfect single-stroke drawings or while they walk the streets of the city or while they are recorded with the camera, what is right to see in a certain new possibility of seeing. And that’s where the color black reaches the clarity of its own mental field, of its beauty, of its power.

The result is a choral triptych composed of doubts, questions, fragments and intimacies. “Too many times all our stories are summarized in conflict, racism and racism. There is racism, of course, but there is more,” he concludes. ‘We all like bananas’ it is a self-portrait and is simply a mirror of an entire country that does not want to be oblivious to anything; of a Spain that aspires to something more than simply the strangeness turned into news and anger from a simple hug.