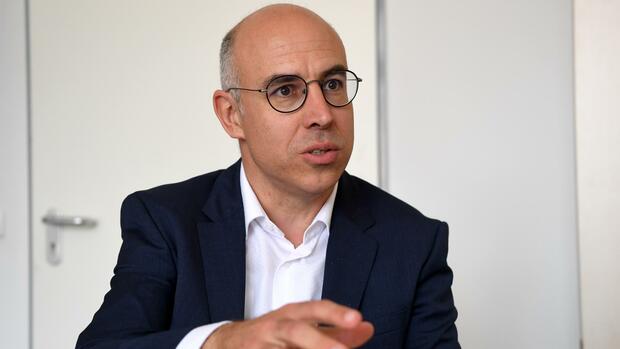 As President of the Institute for the World Economy (IfW), Gabriel Felbermayr is something like Germany’s highest trade representative. The economist sees a major turnaround in globalization. The international division of labor in the manufacture of goods, the central productivity driver of the past decades, will decline.

“The trend is that trading volumes will grow more slowly than production volumes,” says Felbermayr. If politics allow it, the world economy could benefit from a new wave of globalization in the service sector.

Overall, the Kiel economist warns of a great deal of uncertainty due to the ongoing trade conflicts and the weakening of supply chains. This also has long-term consequences for price developments. “The times of very low inflation rates are over”. The central banks would now have to “counteract this in a communicative and technical manner in order to stabilize inflation expectations”.

Mr. Felbermayr, trade conflicts, natural disasters and now a pandemic – the world economy based on the division of labor has experienced major setbacks in recent years. Do you see a trend reversal in globalization, maybe even the beginning of deglobalization?
You can not say that generalised. In the trade in goods, in fact, it looks like the trend in trade volume is growing more slowly than production volume. This has been very evident in China for a number of years, and the phenomenon is generalizing. We are dealing here with a relative decoupling that is politically wanted.

What does relative mean here?
In the service sector, we could see a new wave of globalization. With new digital technologies, services can be traded across national and language borders. All in all, one has to say that globalization could change, away from physical goods and towards digital services. The great uncertainty, however, is political: will the governments allow these changes?

But what would a decline in globalization in the movement of goods mean? What does this mean for productivity?
The international division of labor in the manufacture of goods was a key productivity driver. It allows countries to manufacture the goods or services for which they are particularly productive and to import those things for which they are not. If the division of labor declines, then that is a problem because, in times of demographic aging and the energy transition, we want to ensure an at least constant standard of living with fewer resources. That is only possible with productivity growth.

Now it is always said that we have to strengthen the resilience of the supply chains. Is that a new word for protectionism?
We have been observing since around 2011 that the supply chains in most industrial sectors are shortening: The proportion of foreign components in the production value is falling. This is a very broad phenomenon that occurs particularly strongly in the area of ​​processed food, but also in machine and car construction. China or the USA have already gone much further than Europe. Trade and industrial production came back very quickly after the corona crash. That actually speaks for a relatively high degree of resilience. If there are shortages of some intermediate products in the automotive industry, then this is not a sign of a lack of resilience, but an expression of a strong upswing that the industry was not expected to be.

What role does digitization play in this process?
Digitization plays a major role. In the logistics sector, especially in the maritime sector, and in export financing, there is still a lot of paper and many parties involved. Blockchain technology and digital platforms can ensure more security, faster processes and lower costs in cross-border transactions. In the medium term, this could lead to a new surge of globalization if politics allows it.

If the trend towards a deceleration of globalization is sustainable, what does that mean in the long term for an economy like the German one, whose business model is based on exports?
This is not good news for the German economy. It is not only strongly focused on export, but above all on the export of classic industrial goods. German companies, on the other hand, can defend or even expand their positions by relocating production to target markets.

Which of the three aspects – pandemic, trade conflicts, natural / climate disasters – pose the greatest threat to globalization?
Above all, it is trade policy that, in a context of eroding trust between the big blocs – China, USA and Europe – sees the withdrawal to one’s own market as a safe option, especially in order to allegedly better deal with the major crises of our time – pandemic, climate change, technological changes – to be able to circumvent.

Hopes for world trade were linked to the deselection of the great trade warrior Donald Trump. But there was no real improvement with the new President Joe Biden either. Did that disappoint you?
Yes, definitely. It is a disappointment that Trump’s steel and aluminum tariffs are still in place, despite the fact that they strain EU relations with the US and that market prices for the products concerned are currently much higher than they were a few years ago. Even with the reform of the World Trade Organization (WTO) there is still not much progress with Biden.

Back to the supply chains: The rapidly rising inflation rates are also related to the associated supply bottlenecks. Do you see a sustainable trend here?
Yes, there is a connection. We estimate that around 0.2 to 0.3 percentage points of the current inflation rates are due solely to the rise in sea freight prices. Of course, delivery bottlenecks also drive prices up. If the market economy forces are not politically undermined, the supply will increase as prices rise and the price pressure will decrease.

Does that mean that the high inflation rates are only a temporary phenomenon?
No, the times of very low inflation are probably over, mainly because China can no longer supply any quantities at very low prices.

Should the central banks in the USA and Europe take countermeasures now?
The central banks must keep an eye on the long-term drivers of inflation – slower globalization, higher wage settlements due to the aging of societies. In order to stabilize expectations, it certainly makes sense to prepare countermeasures in a technical and communicative way.

Mr. Felbermayr, thank you very much for the interview.