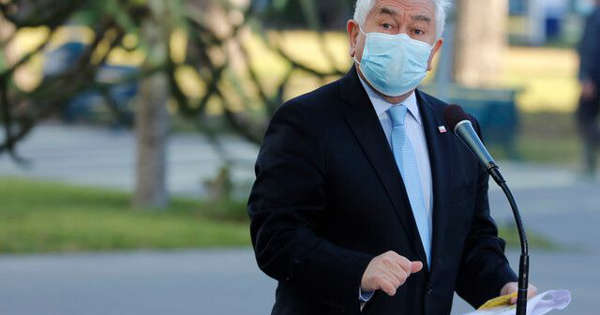 
The Minister of Health, Enrique Paris, ruled out the mandatory nature of the covid-19 vaccine in our country, arguing that this is not in line with what was proposed by the World Health Organization (WHO). Of course, the head of the Minsal made a call to “change the culture” to promote inoculation.

“We are not in favor of making the vaccine compulsory, we cannot make it compulsory. The WHO has also not said that it can be mandatory because they are emergency approved vaccines, that means that in a much shorter time than is usually done, the institutions that certify quality, effectiveness, adverse effects, among other things, have given its approval”, said the Secretary of State, in Zero Tolerance.

In the case of the anti-vaccine deputy Jenny Álvarez (PS), Paris stated that “the person who does not get vaccinated has his arguments, but runs the risk of getting seriously ill and falling into the ICU.”

For the same reason, Enrique Paris made a call to “change the culture” to promote vaccination against covid, beyond the fact that the State cannot dictate its mandatory nature. “Requiring that if the person is not vaccinated they do not sit with me because they can infect my older adults or my children. That policy and way of working must be marked by fire as long as the vaccine is not mandatory, ”he established.

#Zero tolerance | Enrique Paris: “We are not in favor of making the vaccine mandatory, we cannot make it mandatory. The WHO has not said that it can be mandatory either because they are vaccines approved in an emergency.”