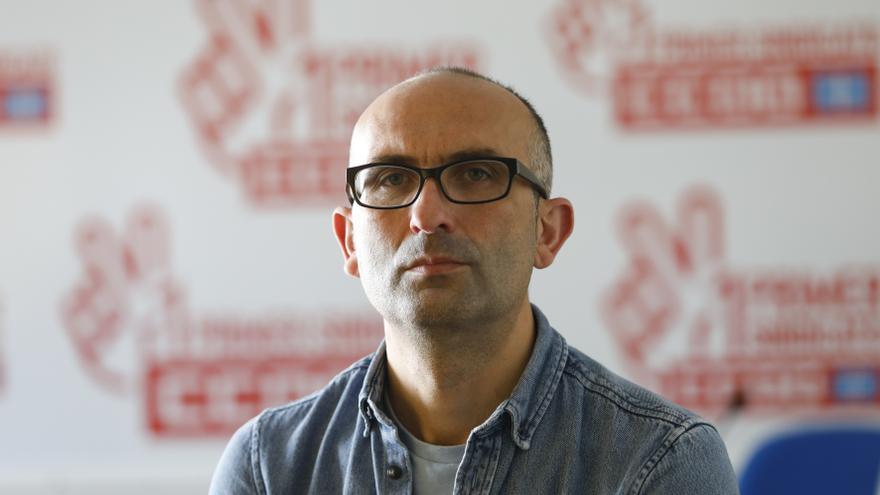 – What future does Asturian industry have?

–The Asturian industry has to face a difficult process. The sector has a complex disease that has a cure. It’s called industrial policy. Traditional sectors (such as the steel industry or power generation) have to change to adapt to the requirements of the transition, but all are viable. And there are measures such as equalizing energy costs with those of the European Union or having quality training focused more on the professional career of the worker and not on squeezing it out of work in the early stages of their working life, which are very necessary for it to have a future.

– On some occasion he has said that he feels betrayed by the national government.

–We feel directly betrayed by the Minister for the Ecological Transition, Teresa Ribera, and the Minister of Industry, Reyes Maroto, because they failed to comply with successive commitments such as the statute of electro-intensive industries, the agreements for the closure of coal mining or those of the closures of thermal power plants. We do not see a single concrete measure for the sector, apart from worlds full of flowers.

–On May Day the leaders of CC OO and UGT criticized Asturias’s lack of voice in Madrid, do you share it?

– The Asturian Government’s speech in defense of Asturian industry and its workers is absolutely empty, it is an artifice with pompous statements and without content. Likewise, Adrián Barbón is using the same discreet diplomacy –which is an expression of him– that he used with the statute of electro-intensive industry and that, ironically, gave such good results. Barbón has to act as president of the Principality and defend the interests of the region. We want a president who is dedicated to industrial policy and not a “youtuber” with speeches on the net.

– Are forums, tables and alliances for the industry useful?

– We have tables, forums, alliances … A whole array of unanimous meetings that later do not translate into anything. There is no capacity or possibility of reversing what we all agree on that must be corrected. Let them be putting their beards to soak because they are still scared. Now they are still very calm because there are no electoral appointments.

– Are your mobilizations to defend the sector being effective?

– Beyond participation, which is very complex due to the health situation, we are satisfied because the message has penetrated society. There is a concern and understanding of the problem. Issues such as the status of the electro-intensive industry, decarbonization or energy transition are part of the winch talks. The danger is that someone assumes since we are the losing part of the process. To face the energy transition, what we want are alternatives. We do not want more early retirees, unfortunately we already had to have enough, we want young people with jobs and sectors with a future and depend on our work.

– Do you feel supported by employers?

–There is a confluence of interests. Without companies there is no work. But sometimes we feel hostage to these businessmen. We are not going to allow them to use us as a ram to solve their business problems putting our work at risk.

– Why do you think there are still no alternatives to the activity of thermals?

–The companies are clear that their interests when having a business are not here, in Asturias. This is not a transition, it is a cessation of activity, relocation of energy production. The companies only aspire to leave what is fairly clean and that is being consisted of them.

–Wind energy has a margin to be an alternative to generate energy, but they do not have any margin to generate employment that compensates for the one that is lost

–The State has just intervened Alu Ibérica (the old Alcoa in Asturias), is that the solution?

–That is an important element of control. The company was intervened on the economic-financial level, what is missing now is for the Government to take control at the industrial level to guarantee its activity, which is threatened in two and a half months.

–Has the entry of SEPI definitely saved Duro Felguera?

–The entry of SEPI is an appropriate measure and we are pleased that there has been a replacement of CEO. Now what needs to be opened is a new stage. Duro has a future, although he still has a very complicated situation. If after these last five years Duro has been able to stay alive, she can live another 125 years.

– What path does Arcelor defend to take to decarbonize its activity in Asturias?

–It is essential to maintain the integral character of the Asturian steel industry, regardless of the model to which it has to be adapted to meet the environmental and transition objectives. It would be good if Asturian businessmen forcefully demand Mittal to make his transition here, in the same way that they forcefully demand that workers adapt to changes.

– Are you concerned that the Principality has not revealed specific projects to qualify for European funds?