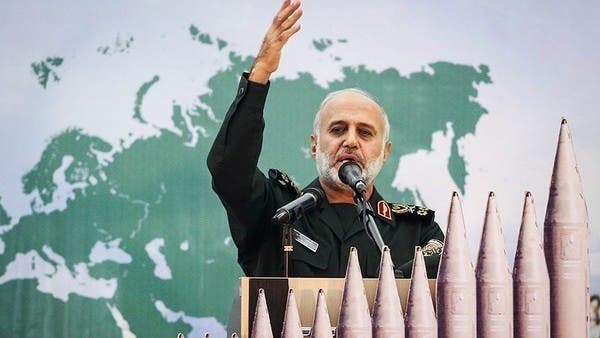 A prominent Iranian military commander revealed that his country has 6 armies outside its borders that work for it.

Ali Ghulam Rashid, the commander of what is known as “the headquarters of Khatam al-Anbiya”, announced in statements carried by the Iranian Mehr Agency from a ceremony held on Sunday at the headquarters of the General Staff, that Qassem Soleimani, the former commander of the Quds Force, announced, three months before his death, that he had organized 6 armies outside Iranian territory. Supported by the leadership of the Iranian Revolutionary Guards and the General Staff of the Army.

He admitted that these armies have ideological tendencies, live outside Iran, and their mission is to defend Tehran against any attack, according to his claim.

In his statements, he also claimed that these armies include the Lebanese Hezbollah, the Hamas and Jihad movements, the regime forces in Syria, the Iraqi Popular Mobilization Forces, and the Houthi militia in Yemen, stressing that these forces represent a deterrent force for Iran.

He stressed that Soleimani had confessed, 3 months before his death, that he had organized 6 armies outside Iranian territory.

It is worth noting that US forces had killed Soleimani and the deputy head of the Popular Mobilization militia in Iraq, Abu Mahdi Al-Muhandis, in a raid near Baghdad International Airport, on January 3 last year.

From the Houthi militia in Yemen, backed by Iran (AFP)

Ghulam Rashid’s words are a clear recognition of Iran’s financing of a militia in the region, after continuous denials, especially about the presence of Iranian forces in Yemen and other Arab countries and its impact on Tehran’s foreign policy.

The Revolutionary Guard has explicitly approved in previous times and through a number of its leaders, to send military advisors to assist the Houthi militia in Yemen.

The Yemeni government considered these statements about Tehran’s role in the Houthi coup, its provision of military support to the militias, and its involvement in fighting alongside it on the ground, as a flagrant violation of international laws and charters, and a blatant challenge to the will of the international community.

And things did not stop there. Last May, an Iranian official admitted that Tehran provides millions of dollars to Hamas every month, stressing that Iran has projects in the region that allocate its income to fund the Palestinian movement, according to what Reuters reported at the time.

In the wake of the cease-fire that began months ago between Israel and the Palestinians, the head of Hamas’ political bureau, Ismail Haniyeh, thanked Iran and its mentor, asking at the same time from the Arab countries to contribute to the reconstruction of the Strip.

In Syria, the number of Iranian militias there is estimated in the thousands, specifically the area between the border cities of Al-Bukamal and Deir ez-Zor, passing through Al-Mayadin, which has always fueled the war that has been raging for 10 years.

In Iraq as well, the US administration has often accused some of the armed militias in Iraq of targeting military headquarters that include US forces operating within the international coalition. It has also repeatedly accused these factions of trying to target the US embassy in Baghdad with Katyusha rockets.

Members of Iran’s militias in Syria

Washington has emphasized more than once that these Iranian-backed armed factions destabilize the country, undermine the prestige and authority of the central state, and have a direct hand in the assassination of activists, media professionals and opinion-holders.