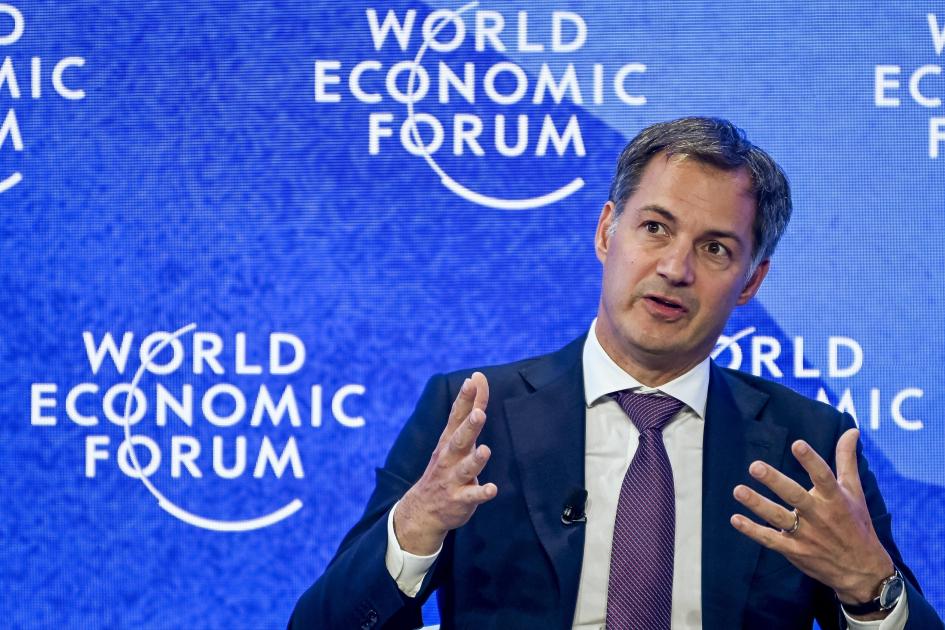 “We must prepare for a period with a lot of instability and a lot of uncertainty,” Belgian Prime Minister Alexander De Croo warned on Wednesday at the World Economic Forum (WEF) in Davos, Switzerland.

The war in Ukraine, launched on February 24 by Russia, is in everyone’s conversation at the WEF, which brings together, after a two-year hiatus due to the pandemic, the world’s political and economic elites.

Mr De Croo had a number of political and business meetings in Davos on Tuesday and Wednesday.

He warned that the impact of the war would be very significant, citing energy prices and the disruption many supply chains are experiencing.

“The world is reorganizing. We can’t think there won’t be an impact. We have to prepare for a period with a lot of instability and a lot of uncertainty. My first priority is to protect our people as well as possible,” the prime minister said in a conversation with reporters in Davos.

The two parties – out of seven – of the Vivaldi coalition that make up the government led by Mr. De Croo want the Prime Minister to breathe new life into his team and complete several agreements before July 21. The head of government told them from Davos that progress must indeed be made. “But you have to prepare well for it,” he said.

According to the Prime Minister, Vivaldi is in a preparation phase. “A number of files are being prepared to make a decision: on purchasing power, competitiveness, etc. “, he explained. The implementation of the agreement concluded last October to boost employment, the “deal for employment”, must be, according to him, the priority.

Staff shortages are becoming more and more of a problem, he pointed out. “At a certain point, it is no longer an economic problem, but a societal problem,” continued the Prime Minister, referring to shortages in education and in the health care sector. “The jobs deal will help, but it’s not an end point,” he said.

Mr. De Croo also mentioned, during a round table on the European digital agenda organized on Wednesday morning, the shortages on the labor market. He spoke about education, which he said is in decline in Belgium. “You can’t deny that teaching doesn’t work for a large group of young people,” he said. He therefore advocates the establishment of new educational systems.

“We waste too much talent and we can’t afford it,” he said.

School massacre in the USA – rampage in Texas: What is known so far – News