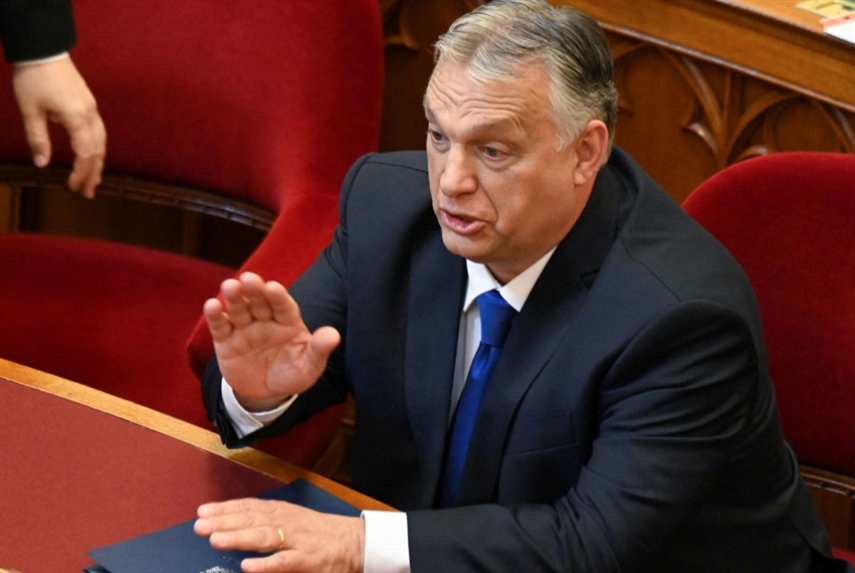 “We must radically raise our defense capabilities,” Orban added, reiterating that it was in Hungary’s interest that the war in neighboring Ukraine end as soon as possible.

In his comments, which came after a NATO summit where he agreed to annex Finland and Sweden, Orban said that “military realities are slowly unfolding in Ukraine, where the country loses a large number of its soldiers every day.”

He added that while the battle front seemed far from his country, the situation could change.

He reiterated that Hungary, as a member of NATO, should stay out of the war, stressing on the other hand: “We must speed up the defense development programme.”

Orban, who was re-elected in April for a fourth consecutive term with an overwhelming majority, added that Budapest was not even ready to negotiate any possible EU ban or restrictions on Russian gas imports, as that would undermine the Hungarian economy.

He also stressed, “It is not the sanctions that are required, but an immediate ceasefire and peace talks,” adding that peace is also required to curb what he described as “the inflation of war.”

Hungarian inflation is moving in the double digits, despite caps on fuel prices, energy bills and basic foodstuffs, forcing the National Bank to raise the base interest rate by 185 basis points to 7.75 percent on Tuesday.

For those who want to diet.. Mistakes that may slow down the weight loss journey

The search for a third suspect .. a loud surprise in the killing of broadcaster Shaima Jamal