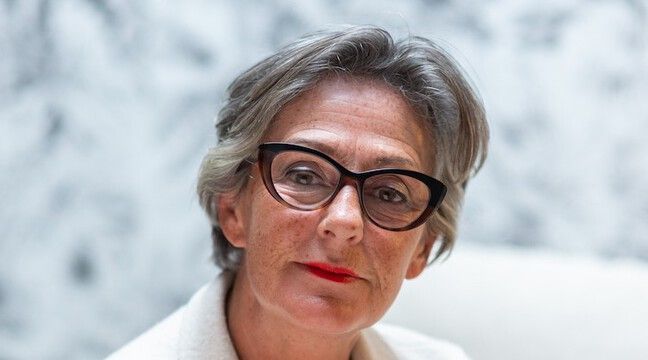 She is angry and she lets it be known. Owner of two independent furniture stores located in Saint-Malo (Ille-et-Vilaine), Sylvie Scotti opened normally this Friday morning, ignoring the ban imposed by confinement. The boss even organized a bread deposit at the entrance of her establishments, suggesting that her activity has a food component. A joke ?

Not at all. Rather a cry of rage, of despair. “We must revolt. It is necessary to talk about it. What is happening to us is injustice, unfair competition. I don’t think only of myself but of all the self-employed, all the booksellers, all those who are forbidden to work. But Amazon will be a hit ”, annoys the Breton.

Beyond online sales, the big winner of the Covid-19 epidemic, Sylvie Scotti is annoyed to see some big brands open, like Leroy-Merlin, Fnac or Darty, while others are forced to lower the curtain for a month. “I’m not against them opening up, but why them and not others?” I also sell painting, landscaping ”. This Friday morning, his furniture consultancy shop received a few clients, but only those who had an appointment. “We left the doors open but with the confinement, passing customers are not there.”

During the first confinement in March, the owner of Album de famille had suffered a net loss of 450,000 euros. For this end of the year when it normally achieves a good part of its turnover, she estimates that it is not far from 800,000 euros that could fly. “I have twelve employees. But if we close for another month, we will not reopen, ”warns the founder of the brand, created thirty years ago in Rennes. Thursday evening, she took care to alert the town hall of Saint-Malo and the gendarmerie of her desire to open deliberately. Unlike an owner of Côtes d’Armor toy store, the gendarmes had not moved this Friday morning. “They can come get me, I won’t give in!” “, She warns.

See Also:  Psychology: Do you want to succeed? Latest news of emotional intelligence