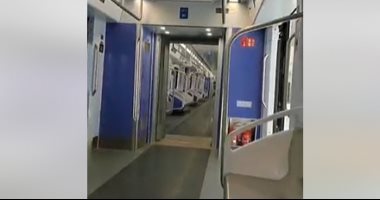 The seventh day publishes the form of a ride ticket electric train The light LRT, which is of two types, the first is similar to K-subway tickets, and the second is a wide magnetic card the size of a national ID card.

And the LRT electric light rail project (Al-Salam – 10th of Ramadan – the Administrative Capital), a length of 103 km and a number of 19 stations, where the Minister of Transport indicated that it will transport about one million passengers per day, and it will be implemented in three phases. The first phase that is inaugurated today is 70 km long and 12 A station and the implementation of the second phase is underway, with a length of 18.5 km and 4 stations, and the third phase with a length of 16 km and 3 stations, adding that the implementation is carried out by Egyptian / Chinese companies, and that the project includes 22 trains, each consisting of 6 cars, with a time of 2.5 minutes and an operational speed of 120 km / the hour .

The minister indicated that the industrial works located on the LRT track amount to 15 industrial works (7 track bridges, 3 track tunnels, 4 car bridges and 1 car tunnel). The minister stressed that the goal of the LRT project is to serve new cities. Along the route, such as Al-Obour, Al-Shorouk, Al-Mustaqbal, Badr, Tenth of Ramadan, and the Administrative Capital, and that the project achieves fuel savings of 1.7 billion pounds annually, pointing out that the LRT light train exchanges service with the third metro line at Adly Mansour Central Station and with Monorail East of the Nile (the administrative capital at the station City of Arts and Culture) and with the first line of the high-speed monorail network at the capital’s central station.

What is the reason behind our “hiccup”?