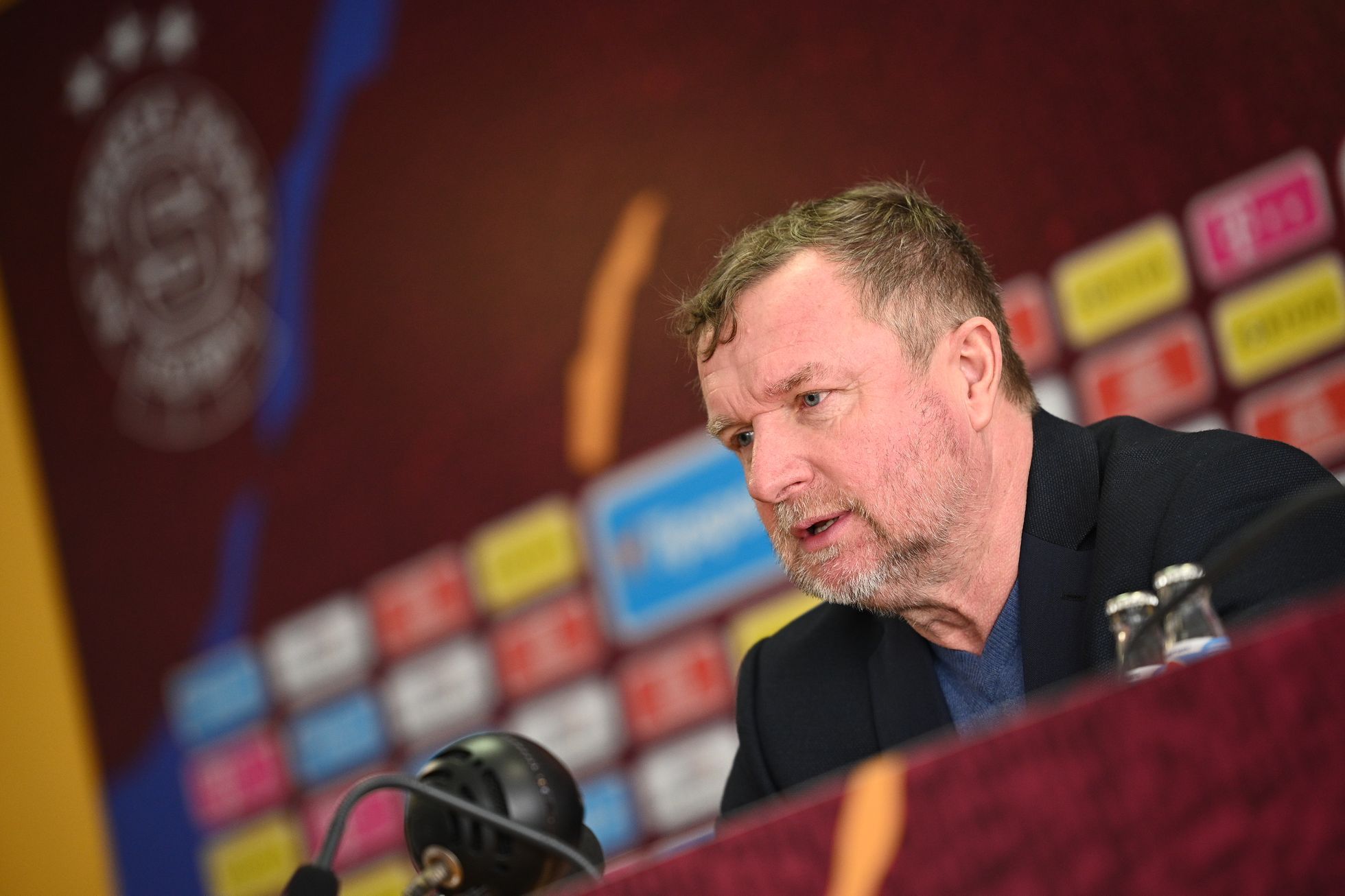 Coach Pavel Vrba was pleased that the Sparta footballers won in both league matches under his leadership and scored seven goals. He is sorry, however, that they collected from Olomouc and Karviná Letenští a total of five times. At the same time, he hopes that the people of Prague will not have to make up for the loss from the beginning in the next matches.

“The plus of the two matches is that we score enough goals, create enough chances and always shoot our opponents. The minus is, of course, that we get a lot of goals. That’s wrong,” said Vrba after today’s home win 4: 3 over Karviná.

Sparta soon lost in both matches. On the pitch, Sigmy collected in the ninth minute, against Karviná even two minutes earlier.

“I have to commend the team for getting up as in Olomouc. We were able to turn the result around. It was a bit different in Olomouc. Olomouc was very aggressive, attacked us highly, gave us no space and at the beginning of the match we could not cope with it. , and that is why we had problems, “compared the 55 – year – old native from Přerov.

“Today it was not that we were under enormous pressure, but it was our inaccuracy, we lost simple balloons when setting up the attacks. We have to learn from it. I hope that the next matches will be better from this point of view,” said the former Pilsen coach, the Czech national team, the Russian Makhachkala or the Bulgarian Razgrad.

His team trembled for victory until the last seconds. “When we were at eleven and we scored the fourth goal, it seemed that the match would be completed in more peace. Unfortunately, the exclusion and the goal of Karviná put us in a situation where we were worried about the result in the end,” admitted Vrba.

David Moberg Karlsson contributed to the victory over Slezany with a hat-trick, who in Olomouc helped with a two-goal penalty kick to a turn from 0: 2 to the final 3: 2.

“If players are able to take full advantage of 100 percent and pull the team the way Karlsson is doing now, then of course you don’t push hard enough to be more consistent in some other things. There are a lot of players in the world who are exceptional in the offensive phase and in the defense they are not completely 100%, “said Vrba.

“Karlsson helped us to achieve the results we had in those two matches. It’s not just in the matches. He also shows quality in training in terms of individual abilities and offensive. He is exactly the player who entertains the spectators. There is no reason for that. Vrba praised the 26-year-old Swedish winger.

Filip Souček took part in two of the four goals in the Karviná net with assists. “The first 20 minutes seemed very uncertain and it was not a completely optimal performance. On the other hand, he helped us in the offensive in the next part of the match, so he erased those 20 minutes. His performance grew and then he played very well,” praised Vrba, a 20-year-old midfielder.

See Also:  Řezníček saved Teplice with a hat-trick against Zlín, Opava and Příbram played without goals

Sparta has consolidated its second position and is losing 10 points to the leading defending champion Slavia. Jablonec has a six-point lead over the third, although the North Bohemians played one less match.

“I admit that when I came to Sparta, of course with the belief that he can play cups and basic groups. This attracts me after the experience I have from Pilsen and more or less from Razgrad,” Vrba revealed.

“These are matches that move you further and further. I think that this club should be set up so that these groups play,” added Vrba, who advanced to Pilsen in the basic group of the Champions League.