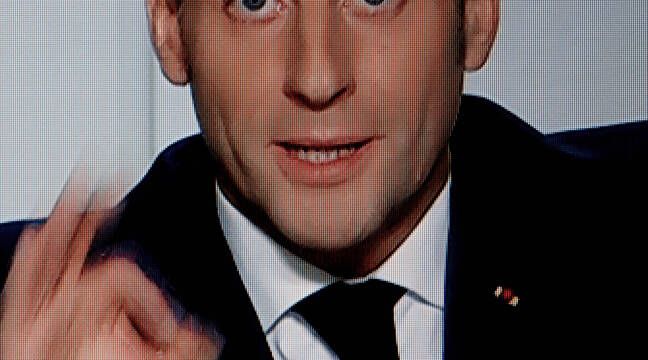 On Wednesday evening, the words of Emmanuel Macron and the confinement decision sounded like an inescapable sentence to an inevitable phenomenon. Inexorable, relentless… inevitable? In his speech, the President of the Republic alluded to the “efforts” provided, to the “strategy” implemented by the government in the face of the coronavirus epidemic, and to the measures taken more particularly for hospitals.

Extracts: “We have stocks of drugs, respirators, masks, gowns and gloves, all the necessary equipment because we learned from our shortcomings, from our shortages during the first wave. We have also trained nearly 7,000 nurses and doctors to be able to work in intensive care, and we have also pushed back our capacities, which went from 5,000 beds before the first wave, to 6,000 today, we are going to increase them beyond 10,000. intensive care beds. A colossal effort has been made in terms of training and investment. But it is not sufficient in the face of this wave. “

” Not enough ? “These remarks on the equipment and the staff of the hospitals did not fail to make react in number the Net surfers, who recalled these other words of the Head of State pronounced in July:” We will be ready in case of second wave . A publication, very viral on Facebook, criticizes the government for not having increased resuscitation capacities:

Below this image, viral since Wednesday evening on Facebook, it is anger that dominates in the comments: “They know very well that hospitals are already overloaded every year at this period” or “It has been 20 years since they are destroying the hospital system in France, he has only continued ”.

The July words were spoken on a television set and 20 Minutes This was also echoed in an article published on July 14: “Emmanuel Macron answered questions from journalists Gilles Bouleau and Léa Salamé during 1:15 a.m. on this national holiday Tuesday. He displayed confidence in the preparation of the country to face a second wave: “Yes, we will be ready” if necessary. “

The interview can be seen below and these words are spoken from 26 minutes 50:

“We will be able to cope with an upsurge, if it were there. “

This sentence is in response to a question from Léa Salamé on stocks of masks, gel, tests, respirators and drugs. “We have both stocks and supplies which are secure,” replies Emmanuel Macron. And we have the organization as close as possible to the field, which would make it possible to cope with an upsurge, if it were there. Everything we have learned has allowed us to organize ourselves […]. We are doing everything to avoid a new wave and to have a differentiated approach [des personnes à confiner] if it appeared. “

As we have already stressed, Emmanuel Macron assured Wednesday evening that the State had worked to increase the number of intensive care beds. But he underlined the time needed to strengthen hospital resources: “We are also taking action over the medium term: the health Ségur, which corresponds to 8 billion per year invested in the hospital and our health, will make it possible to strengthen the attractiveness jobs. But it takes five years to train a resuscitator, ten years to train an anesthesiologist. There is no magic bullet, it is not in a few months that we can truly create a totally different capacity. “

“The authorities are shirking their political responsibility”

The Minister of Health, Olivier Véran, had also put forward the argument of the time spent in training specialists at the National Assembly, on October 15: “An anesthesiologist resuscitator is eleven years of training. On Tuesday, October 20, he announced to the National Assembly a budget extension of 2.4 billion euros to allow hospitals to cope with the second wave of the epidemic.

According to the specialist, however, it is the government’s method that is wrong, and not the means: “The current system is inefficient. The number of cases known every day greatly underestimates the extent of the epidemic. Countries that tested widely around cases at the start of the epidemic have had few deaths. To find and isolate asymptomatic carriers, it is necessary to massively test the population. “And to conclude:” Testing the 65 million inhabitants of France in two weeks, yes, it is feasible. “

Do you want the Fake off team to check an info, photo or video? Fill out the form below or write to us on Twitter:
https://twitter.com/20minFakeOff

20 Minutes is a partner of Facebook to fight against
fake news. Thanks to this device, users of the social network can report information that they think is false.