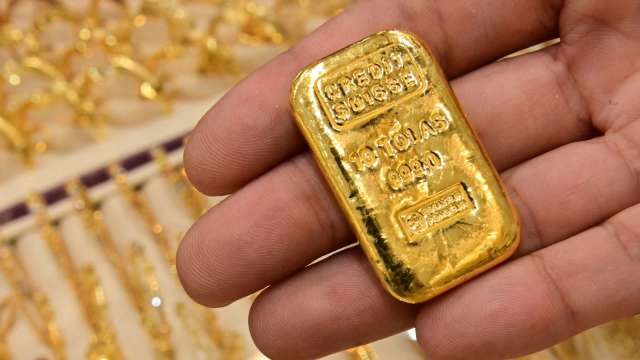 Trading on Monday (3rd), gold futures prices closed higher for the first time in 5 days, due toU.S. dollarWeakness and the decline in the yield of public debt have helped gold rebound after last week’s decline.

Altavest partner Michael Armbruster said, “The rise in gold is due to a boost in the yield of government bonds.”

U.S. dollarDepreciation is goodU.S. dollarPricing commodities are more attractive to overseas buyers because of their prices. A fall in the yield of public bonds can reduce the opportunity cost of holding non-yielding commodities, and therefore it is also conducive to pushing up prices.

Edward Moya, senior market analyst at Oanda, said that U.S. Treasury Secretary Janet Yellen said on Sunday, “I don’t think inflation will be a problem, but even if it becomes a problem, we have the tools to deal with it.”

Insignia Consultants. Research Director Chintan Karnani believes that the rising number of new crown cases in India and some parts of the world has stimulated market demand for hedging and is beneficial to the price of gold. U.S. dollarThe above transactions can sustain this short-term uptrend. “

See Also:  In Morocco, the health crisis puts a stop to contraband

The closing price of gold on Monday was the highest since April 21 for the most active contract.

Some market participants believe that silver and gold’s gains on Monday were due to bargain hunting after last week’s decline. Kitco.com senior analyst Jim Wyckoff wrote, “Gold and silver bulls have gained some near-term technical advantages. Gold and silver prices were solidly bullish on Monday, due to some bargain hunting plus external market bullish forces, includingU.S. dollarWeakness and rising oil prices. “

But Altavest’s Armbruster believes that “the trend of gold is still bearish, because assuming the Biden administration can pass its spending plan through Congress, then more public debt is expected to be issued in the next few months, and yields may rise, so we remain cautiously bearish. Recent gold prices.”

ISM announced the manufacturing index on Monday, supporting the rise in gold prices.

The Bank of America Global Research and Analysis report pointed out that “the fundamentals of copper mines are worrying because of the restart and expansion of the global economy and finances. In view of this, we expect that the copper mine market will experience shortages this year and next, and inventories will further decline.”