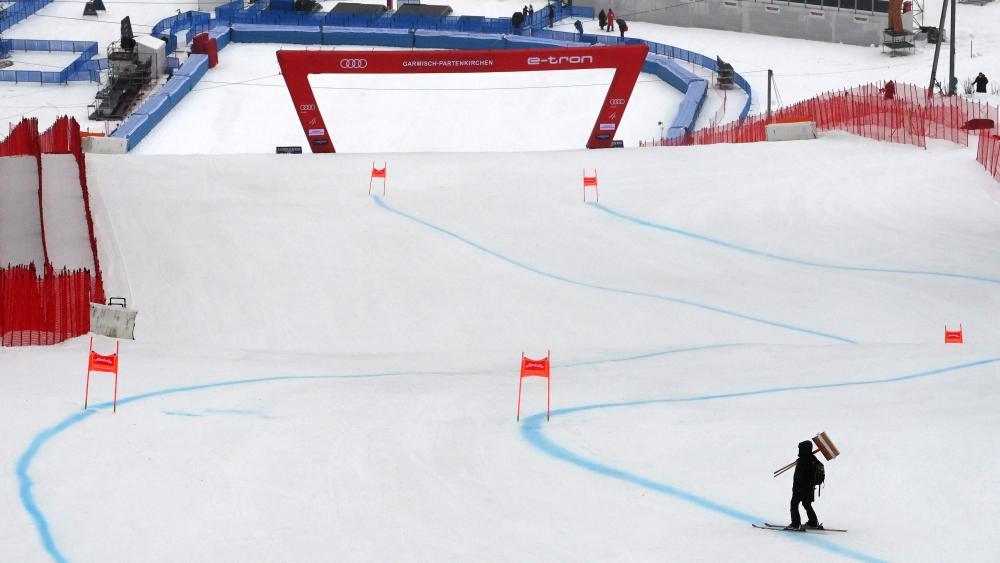 There is no training run on the Kandahar on Friday either. © APA / afp / CHRISTOF STACHE

Because of the bad weather and slope conditions, the women’s World Cup downhill run in Garmisch-Partenkirchen, scheduled for Saturday, has been canceled.

As the World Ski Federation FIS announced on Friday, a Super-G should be driven instead. Due to the adverse weather conditions on the Kandahar, the first training session for the descent was canceled on Thursday.

Snow, wind and rain did not allow training on Friday either, which is why a downhill race is not possible. The Super-G should start on Saturday at 11.00 a.m. Another Super-G is on the program for Sunday in Garmisch.

As a result, the program for the World Cup on the San Pellegrino Pass (Fassatal) will also change, where two descents and a Super-G will follow from February 26th to 28th.