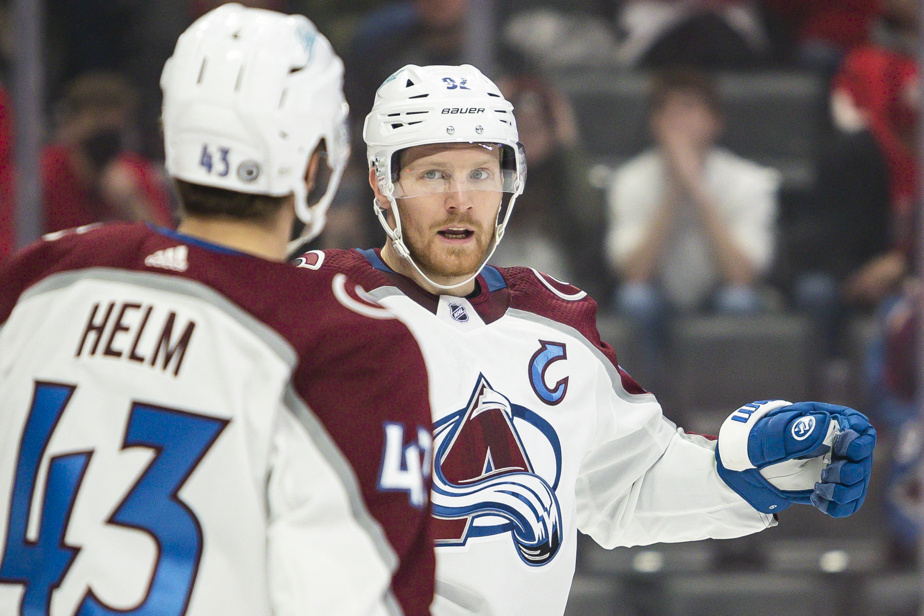 Check out the reports of Wednesday’s NHL games.

Gabriel Landeskog had two goals as the Colorado Avalanche beat the Detroit Red Wings 5-2 on Wednesday.

Landeskog scored first 1:12 after the initial face-off. He completed the evening by heading a puck into an empty net, for a 25e goal this season.

Accomplice of the goals of his own, Dylan Larkin has reached the plateau of 200 assists in the National League.

The Stars defeat the Jets 3-2

Tyler Seguin scored 54 seconds into overtime to give the Dallas Stars a 3-2 win over the Winnipeg Jets on Wednesday night.

Seguin’s inbounds shot was blocked by Connor Hellebuyck, but the forward pushed the return fly toward the net.

Defender Josh Morrissey tried to stop the disc from crossing the red line and the officials let the streak continue.

After video review, it was confirmed the puck had entered the net and the Stars ran away with the win.

Blake Wheeler and Mark Scheifele provided the reply for the Jets, who could count on 36 saves from Hellebuyck.

Crowds were less than usual at the American Airlines Center due to freezing temperatures and poor road conditions in the Dallas area.

A 400e goal for Corey Perry in Lightning win

Perry deflected a Mikhail Sergachev shot in the second period on the power play.

Pat Maroon, Steven Stamkos, Brayden Point and Nikita Kucherov scored the other goals for the Lightning, undefeated in their last three games.

Kucherov has 21 points in 11 games against the Oilers.

For the Oilers, Connor McDavid scored twice and Zach Hyman scored in a fifth straight game.

Leon Draisaitl has been in every net, giving him eight points in his last five games.

McDavid and Draisait lead the league with 73 points.

McDavid has scored in his last six road games.

Beaten a second time in a row, the Oilers still have a 5-2 record under Jay Woodcroft.

Russian attack in Ukraine: the barrel of crude exceeds 100 dollars