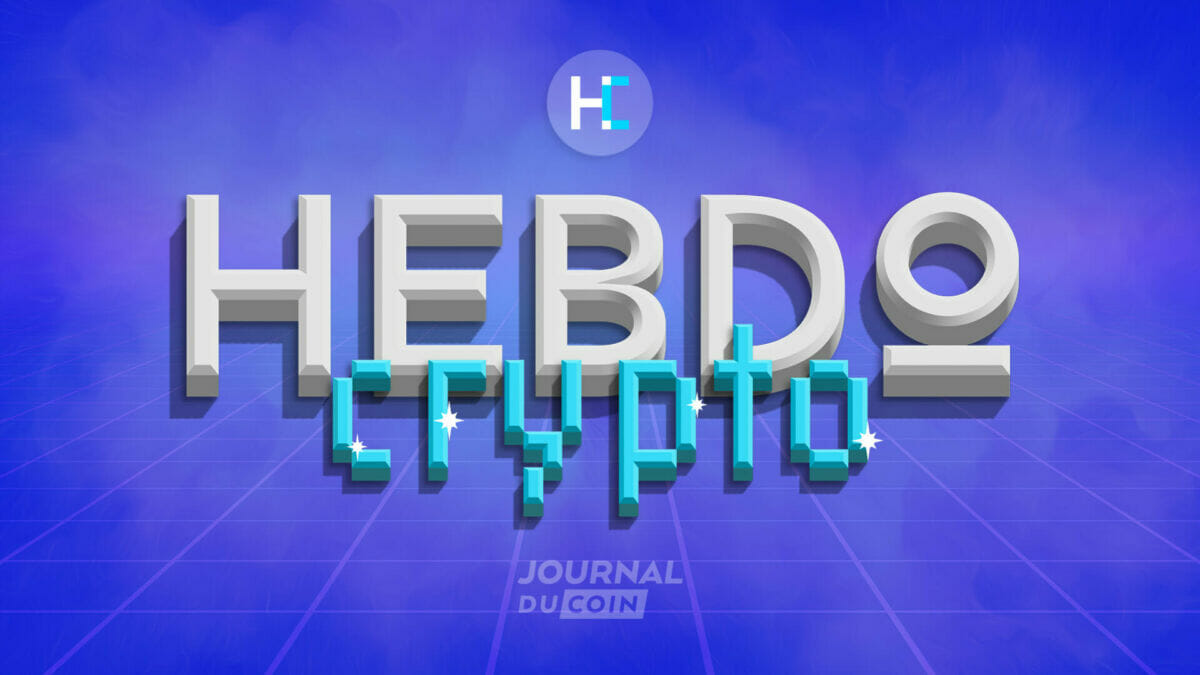 The week of 11/21 and bref – The news about Bitcoin and cryptocurrencies is constantly boiling. It can happen that crucial information gets lost in the daily information flow and that you miss important points. This format is there to remedy that. We return to thenews from the past week’Hebdo Crypto to keep you informed about the current situation of cryptocurrencies.

>> The exchange that offers you 10,000 SATs on registration is AscendEX (commercial link) <

▶ Consensys in the heart of the turmoil after a modification of its privacy policy. Thus, the MetaMask wallet will collect the IP address of users using Infura’s RPC.

▶ While it’s time for transparency, Grayscale does not wish to disclose its evidence of reserves. The company justified its choice by highlighting reasons relating to security.

▶ Sui Network has just deployed its testnet network. Thus, the next-generation layer 1 blockchain can be tested by users before the launch of its mainnet.

▶ As usual, Sam held a live to take stock of crypto news, including the FTX case.

The 5 metrics of the week

➤ 50 000 ETHthis is the nshade of tokens converted by hacker from FTX to BTC. Since then, he has undertaken to pass the BTC repatriated to Bitcoin through a mixer to anonymize them.

➤ 3h15it is the time a transaction linked to Tornado Cash could take to be validated if 99% of the blocks were OFAC compliant on Ethereum. Relatively positive news for the ecosystem, which demonstrates that the censorship encountered by the network is not unavoidable.

➤ $1.3 millionit’s about the bad debt recorded by the Aave protocol. This was created by an attack led by the Mango Markets hacker, who attempted to short squeeze the CRV token.

➤ 42 million dollarsit’s about amount lost by one of the employees of the Fenbushi Capital investment fund. These funds came from the personal wallet of the employee, who was the victim of a compromise of private keys.

➤ $1 billionit’s the amount announced by Binance for the creation of its crypto recovery fund. Amount that could be revised upwards “if that was not enough”.

The tweet of the week amounts to Funny of FlashBots and the announcement of SUAVE. In short, SUAVE is a new project by FlashBots aimed at decentralizing block production and reducing censorship on Ethereum.

Have a nice week on the Journal du Coin! 🙂

Does the volatility of the crypto markets scare you? Do you want to go back to the roots of the blockchain? Join AscendEX, because by performing very simple daily tasks, you will receive satoshis from mining directly on your wallet. And to get started, 10,000 Satoshis (SATs) as a sign-up bonus thanks to our link (commercial link)

Logitech’s range of products for Mac