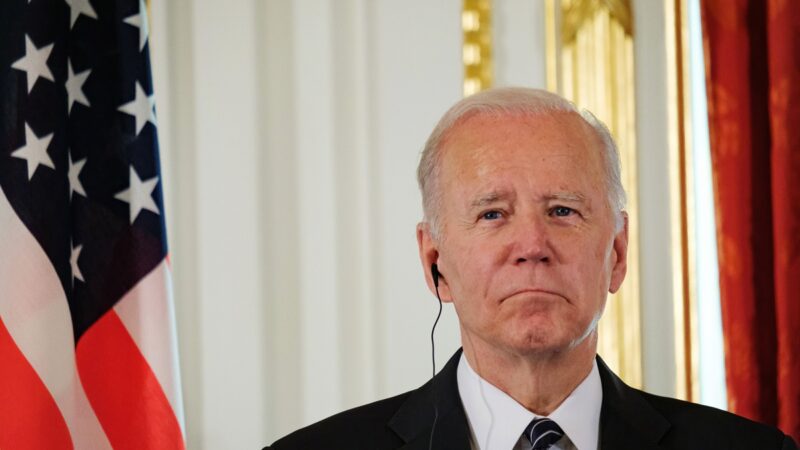 【New Tang Dynasty Beijing time on May 29, 2022】BidenconnectionASEANvisit Asia to build a newAnti-Communist Union；US Air ForceAirlifted milk powder for emergency relief; Russia helped Iran smuggle oil, which was seized by Greece and confiscated by the United States; Zhao Xin Time: What should I do if I am addicted to Douyin?

Hello viewers, welcome to watchEconomic Review of the WeekProgram, I am the East.

mid-May,BidenThe leaders of eight of the ten ASEAN countries were received in a high-profile manner at the White House and called it a special summit. There is a reason to call it a special summit. The Philippines, Vietnam, Indonesia, Thailand and other countries are all important partners in the U.S. Indo-Pacific regional strategy. These countries all have sovereignty disputes with China in the South China Sea.

On the one hand, most ASEAN countries hope to have the United States as a backer to be the backer of the CCP’s rival in the Indo-Pacific region. It is easy to be distracted by changes in other international situations. Therefore, holding such a special summit in the White House will help draw ASEAN closer to the United States. Therefore, in theory, this is a special summit, which makes sense. of.

However, reality is not theory, and reality and theory are often opposed and at odds with each other.

First, Beijing is not Moscow, and ASEAN is not Ukraine. Now Europe and the United States are quite united in the Ukraine war. First, because Ukraine is a European country, and second, because Putin is beating. In the eyes of the current ruling Democratic Party, Putin and Trump are in the same group. To defend Ukraine is to defend democracy, Defending freedom and defending the rule of law is ideologically okay.

Third, although EU countries are wary of the CCP and hope that the United States will support the market in the Indo-Pacific region, they will not become the democratic partner of the United States as Biden hopes. ASEAN hopes to be non-aligned, to be able to make a fortune, and to be able to make a fortune in Washington and Beijing. A state of finding a balance between. What most ASEAN countries are worried about has nothing to do with the mainstream leftist diplomacy that actively promotes liberal democracy.

For example, the slump in tourism caused by the epidemic has made ASEAN countries overwhelmed. Thai tourists have dropped by 99%. Now central banks around the world are raising interest rates. Energy prices, food prices, and tourism are even worse.

Obviously, it is impossible for the United States to agree to all the conditions of ASEAN. This is a question of trade-offs. But one thing is certain, it is feasible and feasible to develop free trade. What the CCP uses is trade means, and it is also necessary to use trade countermeasures, which may be the best. This is the opening statement for today.

4th vaccination of corona vaccine, the reason why the subjects vary greatly depending on the country After the 4th vaccination, there is a possibility that society as a whole will fall into “vaccine controversy” to avoid vaccination (1/4) | JBpress