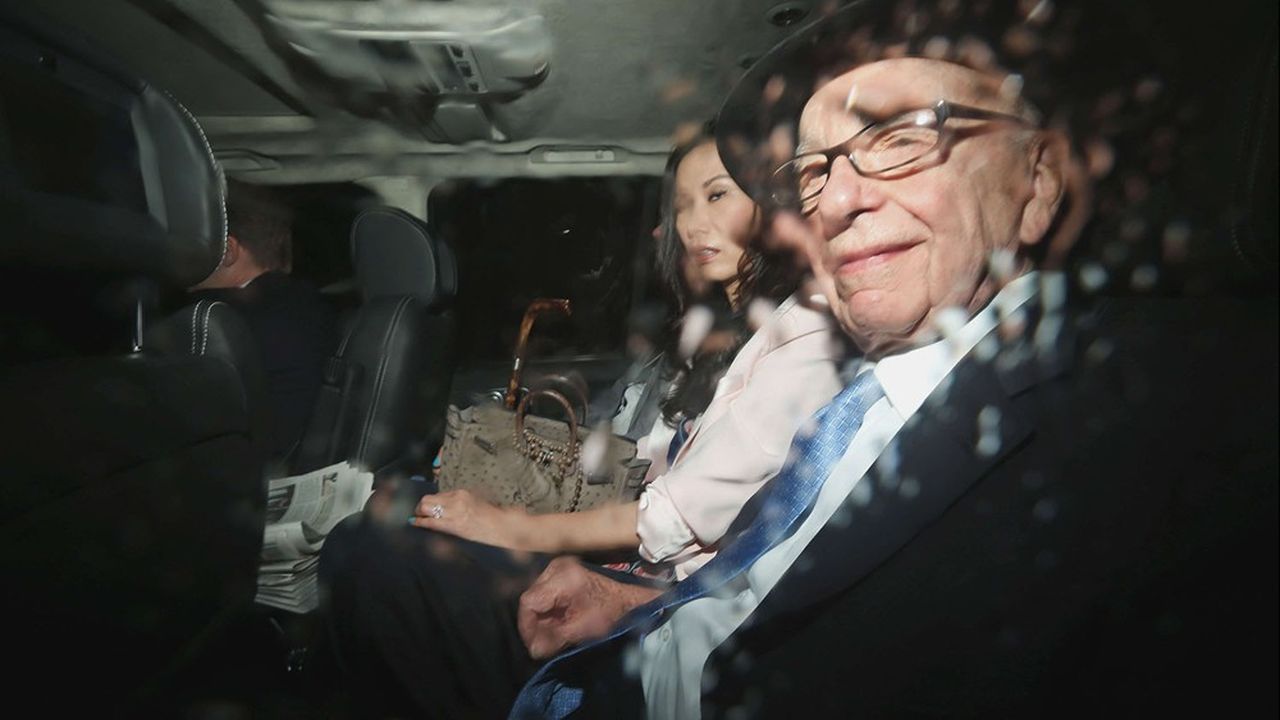 She has the haughty head carriage and mysterious aura of Michelle Yeoh in “Tomorrow Never Dies”. This Friday, June 25, 1999, the apprentice James Bond girl is getting ready to marry Rupert Murdoch. The “Morning Glory”, the 48-meter ketch of the Australian-American magnate sets sail in New York Bay. Seventeen days after his divorce from the Scottish Anna Torv (33 years of marriage), Rupert Murdoch celebrates his union with Wendy Deng, a young Chinese girl with a tall elastic figure, thirty-seven years his junior. Among the eighty handpicked guests are Michael Milken, the king of junk bonds, Russian oligarch Boris Berezovski and Welsh soprano Charlotte Church. A few months later, Rupert Murdoch will sell the “Morning Glory” to Silvio Berlusconi.

“Rupert is a very good family man. He is strict like me, ”insists Wendi Deng. For “Vanity Fair”, his third wife is a “force of nature”, the prototype of the “Tiger Mom”, modeled on the hyper-competitive mother tiger from Amy Chua’s bestseller (in 2011). Energetic, smiling, it is not uncommon to meet her in the gallery of the king of contemporary art, Larry Gagosian, on Madison Avenue, in New York. Co-founder of the online contemporary art sales platform, Artsy, she has long been part of the circle of regulars at the openings of “Go go” with the king of “new journalism”, Tom Wolfe, or the jet-set collector, Jean Pigozzi, stylist Diane von Fürstenberg or billionaire Peter Thiel…

The daughter of a couple of engineers from Xuzhou, in eastern China, who put education above all else, she happily prides herself on having been brought up the hard way. “We had no refrigerator, no telephone, no television, no electricity every day,” recalls Rupert Murdoch’s third wife, who became a best friend of Donald Trump’s daughter, Ivanka, and her influential husband Jared. Kushner. “We didn’t even know we were poor. It was like that. To attract attention, you had to be smart, ”she told“ Vogue ”in 2016. “My parents were tough and I was never good enough for them. The Spartan education of the typical future “Tiger Moms” of Hong Kong. “Like me, she started from nothing,” says Hong Kong textile mogul Silas Chou. “You’re welcome” perhaps, but his father, politically connected to the party, still becomes a manager of a machine factory in Guangzhou.

In any case, her Spartan education brings her closer to her future Australian husband. She knows all the Chinese industrialists who are passing through New York. To pay for her first semester of studies at the University of California at Los Angeles (UCLA), she took turns serving as a waitress, babysitter, and church translator. Then, she started a small business importing $ 2 t-shirts before obtaining a scholarship to fund her MBA at Yale University. She landed her first job at Star TV Hong Kong satellite television, one of the branches of the Murdoch empire, of which she became vice-president in a year. Everything to fascinate the Australian papivore. He is bewitched in an instant when he meets her in Shanghai where she serves him, for the first time, as an interpreter.

“Why is your strategy in China so bad? », Launches the young graduate of Yale to the cantonade, during a visit of Rupert Murdoch to Star TV. The nerve pays off: the papivore falls under the spell. It is the “New York Times”, written by Geraldine Fabrikant, which reveals the new romance for the first time on October 4, 1998. The tabloids throw themselves into the affair. Love at first sight between the billionaire and the “Super Tiger Mom” ​​shattered thirty-one years of marriage. Only seventeen days after having divorced his second wife, in June 1999, Anna Torv, a Scottish of Estonian origin who gave him three of her children, Elisabeth, Lachlan and James, Rupert Murdoch married with Wendi Deng. It is the beginning of a new era for the papivore who celebrates their union on his private yacht, the “Morning Glory”, in the presence of 82 handpicked guests, in the bay of New York. Rupert’s mother, the inflexible Dame Elisabeth Murdoch, who died in 2012 at the age of 103, may swear never to speak to her new daughter-in-law, he feels seized with a new youth. Especially since his new wife, ultra-sociable and ultra-connected, opens the doors to Silicon Valley and Hollywood circles where she counts Nicole Kidman, Demi Moore or Hugh Jackman, the wild mutant of “X-Men” among his close friends.

But in November 2000, the “Wall Street Journal” – long before falling into the hands of Rupert Murdoch – revealed a less public facet of Wendi Deng’s past: how, in particular, she married, at the age of 20, the husband of her English teacher, Jake Cherry, 53, whom she separated four months later. The papivore himself is annoyed by these revelations. Wendi will give him two daughters, Chloe and Grace, associated with the inheritance, but they will never have a vote on the Empire News Corp. board of directors. The shadow of suspicion hangs over the relationship between Rupert and Wendi which was never really accepted by the children Elisabeth, Lachlan and James. Worse: in 2018, the FBI will warn Jared Kushner, Donald Trump’s son-in-law, about the risks of Wendi Deng being manipulated by the Chinese regime. As a token of loyalty, in 2011, the former volleyball player still flies to the rescue of her octogenarian husband, by intercepting her scaling live, in the middle of a parliamentary hearing broadcast on television. But the worm is already in the fruit. The tabloids competing with the “Sun” begin to unleash the rumor of an affair between Wendi and Tony Blair.

“Oh, shit, shit… I miss Tony so much… he’s so charming and dresses so well.” He has such a body and such legs. […] He has piercing blue eyes which I adore. »Revealed by the magazine« Vanity Fair »in 2014, the famous note supposedly written by Wendi Deng caused much ink to flow. Tony Blair has always firmly denied. But according to one of his former faithful Australian editors, Chris Mitchell, Rupert Murdoch was indeed “devastated” by the revelations of the “proximity” between his third wife and Tony Blair, a man towards whom he had been “particularly generous, financially and politically ”. “He did not sleep for several months,” said Chris Mitchell in a book published in 2016. Especially since the former Labor Prime Minister had been chosen as godfather of Grace, the eldest of his two daughters born in his union with Wendi. Pure coincidence or not: after a break of a dozen years, “The Sun” by Rupert Murdoch will withdraw its support for New Labor to support the Conservative party of David Cameron who will beat Labor Gordon Brown in 2010.

“The marriage with Wendy has gradually exploded the family understanding and the natural union of the interests of the heirs”, summarizes today Claire Enders, CEO and founder of the firm Enders Analysis in London, one of the best specialists of the Murdoch dynasty. For her, it was James Murdoch who avenged her mother by revealing Wendy Murdoch’s emails to Tony Blair to her father. On June 12, 2013, Rupert Murdoch, 84, officially filed for divorce after long negotiations to find a financial agreement. Wendi inherits the sumptuous New York triplex on Fifth Avenue and the Beijing residence. A fourteen-year adventure has just ended for the dashing patriarch. The time when he willingly posed in a black turtleneck sweater, like a Steve McQueen tenderly embracing his fiancée – a tigress in white pants, at the prow of “Morning Glory” – is well and truly over. “The wiretapping scandal in the United Kingdom and the divorce have led to the crumbling of the shareholding structure of the family empire: all children have gone from the status of employees to shareholders”, summarizes Claire Enders.

Yachts and billionaire women sometimes change course. The rumor will lend to Wendi Deng a secret affair with Vladimir Poutine, in addition to some flirtations assumed with a young British violinist or a Hungarian model. And Silvio Berlusconi put the “Morning Glory” back on sale …