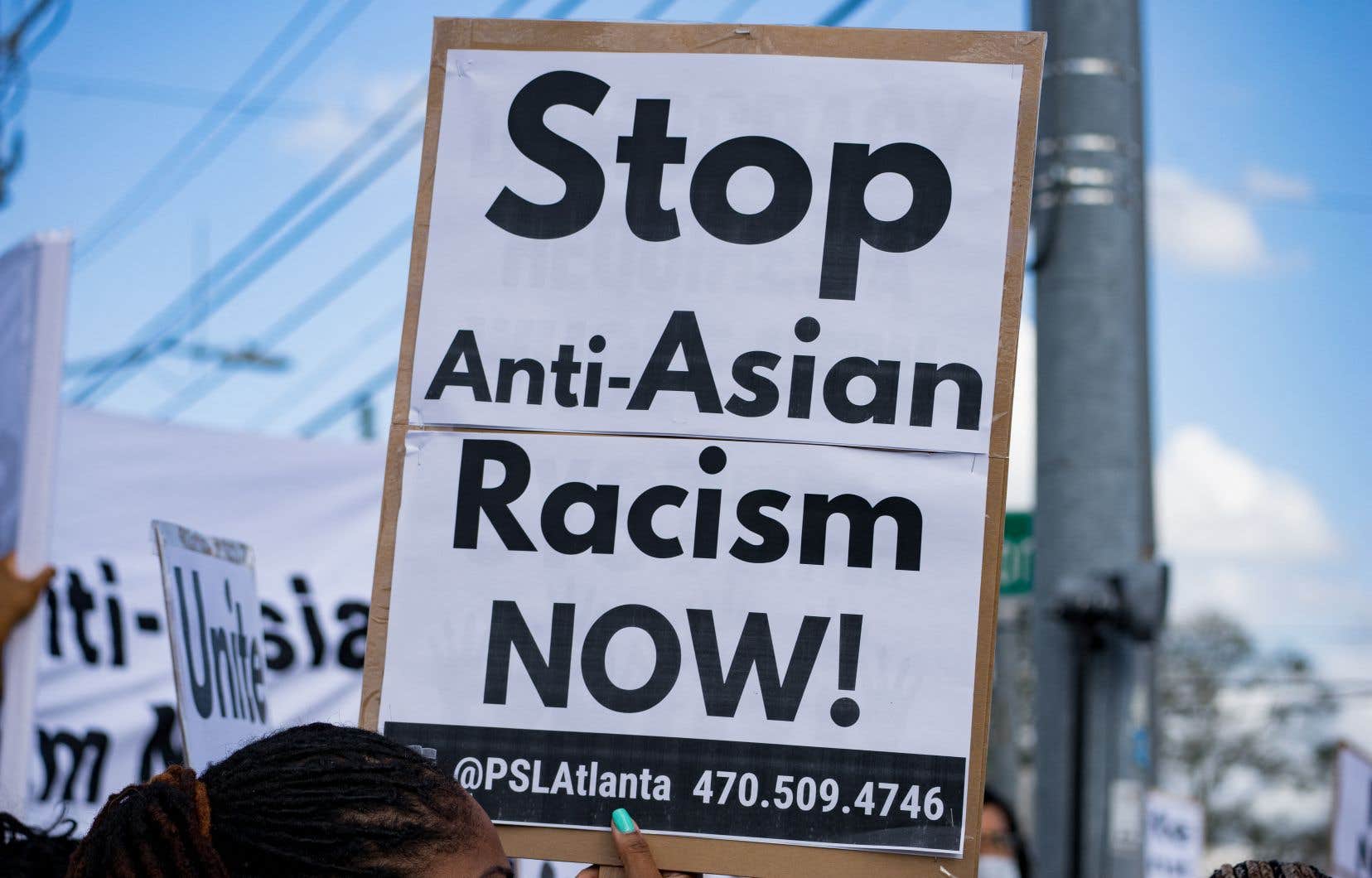 A white man killed eight people in Atlanta on Tuesday, including six Asian women. He swears he was not motivated by racism but by a “sexual obsession”. Since then, the United States has been torn over the qualification of the facts.

By reporting that Robert Aaron Long wanted to eliminate “the temptation” represented by the targeted massage parlors, the police offended more than one.

“These statements refer to the perception of Asian women as sexual objects,” notes Catherine Ceniza Choy, professor of ethnic studies at UC Berkeley. ” And that hurts. »

Asian American women “are victims of specific stereotypes” which refer “to the fantasies of white men”, she told AFP, citing the typical example of the prostitute with a big heart, heroine of the film. The World of Suzie Wong.

“They are racist because they specifically target Asian women, but they are also sexist and sexual,” she notes.

For her, like many others, the Atlanta bloodbath is therefore a combination of racism, sexism, contempt for the poor, the gun problem in the United States and mental illness. In short, it is “intersectional”.

The term was theorized in 1989 by Kimberlé Crenshaw, an African-American law professor, to emphasize that discrimination can overlap. The concept has gradually come out of academic circles and, in the militant space, refers to what some call “the convergence of struggles”.

Since Tuesday, it has been brought back to the fore.

“The murderous attack in Atlanta is a reminder of a terrible truth: women are too often victims of the rage of men”, tweeted the anti-racism association ADL, referring to an article titled: “When women are the enemy: at the intersection of misogyny and white supremacy”.

Without necessarily brandishing this word, which may seem abstruse, many commentators have declined the concept.

The shooter “could have attacked clubs of strip-teaseporn video shops or sex-shops “, underlined the columnist of the Washington Post Monica Hesse. ” But he did not do it. Instead, she noted, “he chose businesses whose employees are women, but not only: they are also of Asian origin, poorly paid and in a profession object of fantasies”.

“Given the sexual stereotypes associated with Asian women in this country […] it is very difficult to dismiss the racial question,” added Kimmy Yam, a reporter for NBC News.

The police have not ruled out any motive. “Everything is on the table”, according to one of its spokespersons.

But, for the time being, Robert Aaron Long, who has been charged with murder and assault, is not being prosecuted for “hate crimes”.

This charge covers in the United States motives related to the origin, ethnicity, gender, sexual orientation, or religion of the victim and allows for heavier sentences. The State of Georgia has just included it in its criminal arsenal.

But proving that the perpetrator of a crime was motivated by “hate”, whether racist, misogynistic, homophobic or anti-Semitic, is not easy and convictions for “hate crimes” are not very frequent.

Bella Wang, an Asian American photographer, is unwilling to prejudge the reasons behind the Atlanta drama, but is disturbed by the weight given to Robert Aaron Long’s arguments.

She feels that her community, which has denounced a rise in hostility against her since the start of the pandemic, is not taken seriously. It’s “as if the sense of danger we feel isn’t valid,” she says.

However, she is comforted by the strong reactions of other members of this minority, whether in Congress, in the streets or on social networks.

“Until then, we kept everything to ourselves,” she says. “We were always told not to make waves, not to attract attention. So it’s interesting” to attend this liberation of speech.

Comprehensive NBA news: Celtics swept the Nets and the Mavericks won the battle of Tianwangshan – yqqlm

Unhappy about the arrival of Elon Musk? Try these alternative applications to Twitter – El Financiero