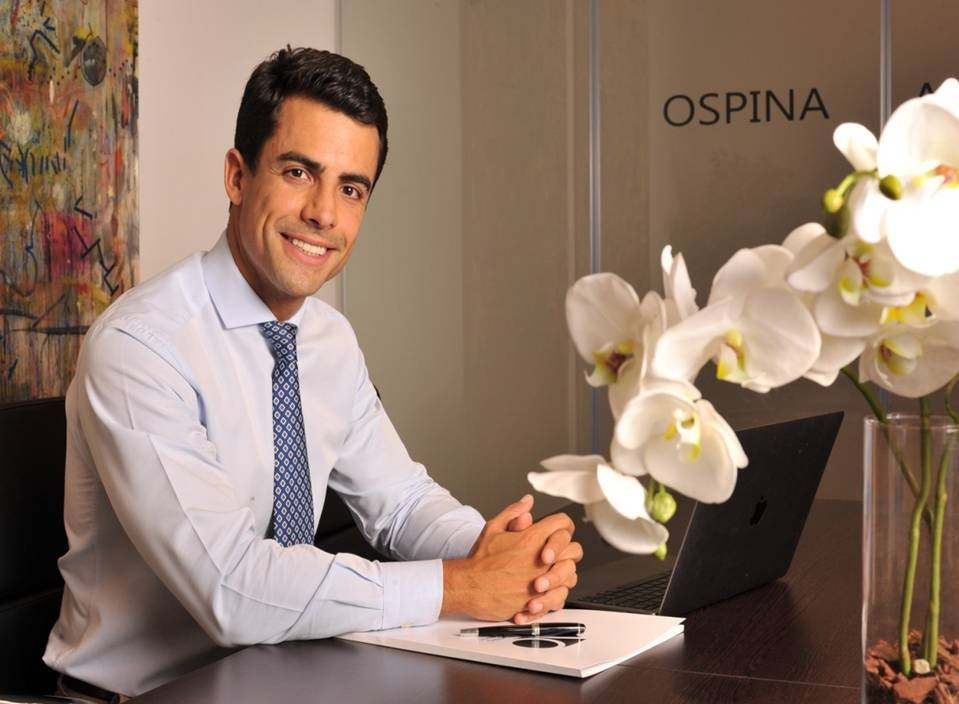 We are barely a month into the year 2022 and the sentences begin to position the best criminal lawyers, highlighting in the news and newspapers the cases that arouse the most interest to fill with content the increasingly wide spaces that television programs, radios and columns Journalistic activities are devoted to the analysis of the legal world and events.

To take the pulse of the judiciary for this new year, we spoke with Juan Gonzalo Ospina, criminal lawyer and founder of Ospina Abogados, a leading law firm in Madrid that has stood out in this first measure of the year for two very different sentences, but which have been much of the media attention.

Although for most they are unknown data, the criminal branch of the legal profession is in charge of legal files that are based on Criminal Law, based on two major regulations: The Penal Code (CP) The Law of Criminal Procedure (LECrim) , which covers a wide range of cases from a blood alcohol offense to appeals before the Supreme Court. In this amalgamation of possibilities, Ospina Lawyers have managed two cases on which today we will deepen to exemplify what exactly their work is.

For this we ask Juan Gonzalo if you can be a good lawyer in all areas, “Specialization is necessary if we want to offer our clients greater guarantees of success in their case, which is why general law firms have less and less space in large cities, although they are obviously very necessary in smaller population centers where it is not possible, by volume of work, keep pure dispatches from a single area”, analyzes Ospina, at the same time that he tells us that “Legislative changes or the appearance of new crimes have not only led law firms to be specialized in criminal, family or administrative matters, among others, but now we are moving towards hyper-specialization. For example, at Ospina Abogados my colleague Beatriz Uriarte is an expert in sexual crimes, gender violence or false accusations, while I delve deeper into the field of economic criminality, without prejudice to the fact that all of this is within a purely criminal law office”exposes Juango sitting in his office located in Madrid’s Salamanca district.

After this pleasant conversation we were interested in knowing if the Criminal Chamber of the National High Court has already decided on the extradition of JDJA, a British citizen claimed by the United States for being the alleged leader of a criminal organization that was dedicated to drug trafficking from Colombia, Bolivia and other countries to the United Kingdom and the North American power, acquiring drugs thanks to cryptocurrencies such as bitcoin.

One case that has covered the news not only Spanish, but British and North American after obtaining their lawyer, with whom we are sitting today, that he be released, although with restrictions, pending the decision. A priori, the extradition seemed like a matter of hours, but Juan Gonzalo Ospina is making it very difficult for the US and the DEA agents who coordinated the operation.

“My client has been registered and contactable for 15 years in Marbella, where he lives with his partner and their one-year-old son. He has a legal job and the accusations made by the DEA present certain inconsistencies and, what is more worrying, the own The extradition request presupposes that my client will not receive a fair trial if he is sent to the United States, which worries me a lot since everyone has the right to a criminal trial with all the guarantees” Regarding the merely legal part, the lawyer tells us that “There is already a procedure initiated in Spain for the same facts, so, under article 4 of Law 4/1985, of March 21, on passive extradition, we understand that it is up to Spain to judge my client, who did not It has ties to the US.

As we say, the case is pending resolution by the National High Court, and of course we will remain very attentive to the end of it.

A COMPLAINT OF ONE MILLION EUROS AFTER AN INHERITANCE

But no less curious is the recently known dismissal of a lawsuit amounting to one million eurosand that Ospina Abogados has laid down both in the Court of Instruction and in the Provincial Court of Madrid, confirming the filing of the complaint against the joint and several administrator of a hotel in Madrid to whom relatives attributed having granted undue remuneration to the company his wife and son, as well as unjustified purchases, payments and debts.

“It was a very complex case, as are cases where business mixes with the family, and to this we had to add an inheritance that did not leave all parties satisfied. But the core of the issue was that the complainant requested a million euros on the understanding, not without bad faith, that my client He carried out actions that exceeded the powers of his position as administrator of the family business, committing tax and social security irregularities, and appropriating funds belonging to the company, for an amount of not less than one million euros”, summarizes the lawyer who exercised the defense of the case in which it was ruled that his clients had not illicitly appropriated any amount nor had they committed any criminal act, and indicating as the cause of this judicialization “a spurious spirit derived from the absolute lack of interest on the part of the defendants in getting involved in the family business, as well as for being dissatisfied and upset with the will of their deceased mother, who did not distribute her inheritance as the parents would have liked. plaintiffs”, with the three magistrates of the National High Court who filed the case also understanding it in this way.

Two very different files that mark the importance of hyperspecialization of law firms to be able to face with guarantees increasingly demanding processes in legal matters.

Formula 1: for the boss of Red Bull, as for Alonso, the ousting of Michael Masi “is not fair”