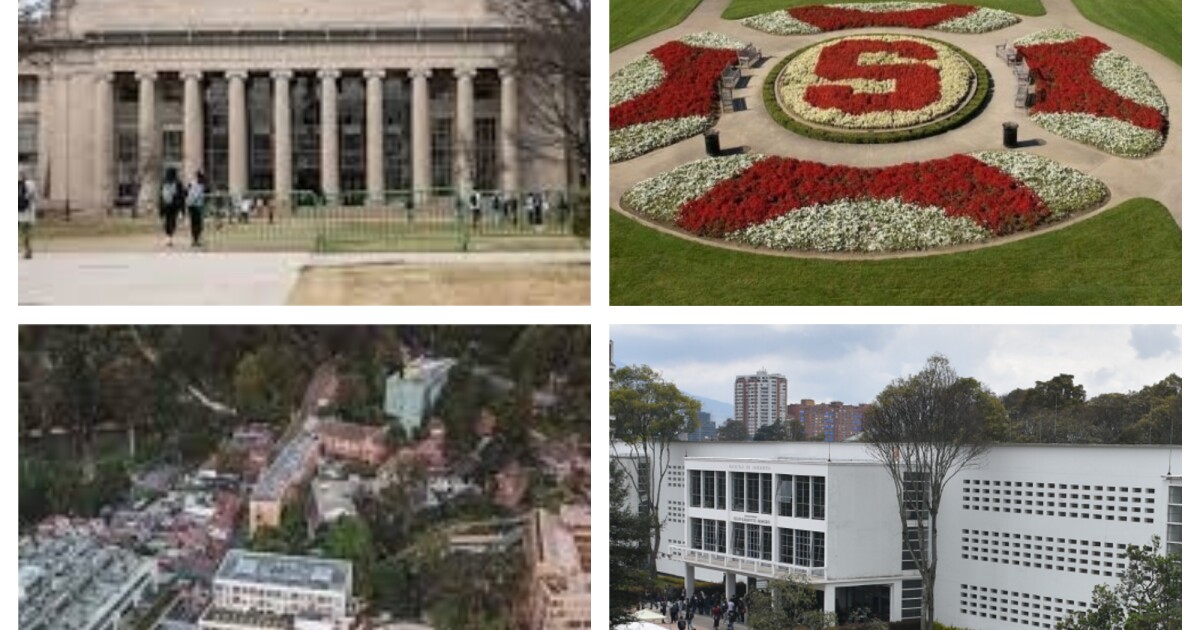 Universities in the United States and United Kingdom, led by the Massachusetts Institute of Technology (MIT), lThey devised the list of the best universities in the world published today by the consulting firm QS Quacquarelli Symonds, which ranks the University of Buenos Aires as the best in Latin America for the seventh consecutive year.

The first positions of the classification “World University Rankings” para 2022
live in this installment their biggest reconfiguration in half a decade, changes that do not affect MIT, which celebrates ten uninterrupted years as the best university in the world.

On the other hand, the also American Harvard University falls from third place to fifth, its lowest historical position, and leaves room on the podium for the British University of Oxford, which rises from fifth to second, and Cambridge University, which tied with Stanford for third.

While Harvard still achieves perfect scores on reputation indicators, Oxford and Cambridge far outperform it in teaching ability and, to a lesser extent, also in proportion of international students and faculty.

The top ten places on the list are completed by other American and British universities, such as the California Institute of Technology (Caltech), Imperial College London, University College London (UCL) and the University of Chicago (USA), as well as the Swiss EHT Zurich, which from eighth place is crowned as the best university in continental Europe for 14 consecutive years.

The University of Buenos Aires, with high levels of teaching capacity, remains the best university in Latin America, a title it has held for seven years, although in this edition it falls three positions, to 69.

This decline is symptomatic of the decline experienced in the last year by seven of the top ten Latin American universities, including the second best in the region, the National Autonomous University of Mexico, which has come out of the global top 100.

To regain positions, Latin America must follow in the wake of countries such as China, Singapore and Russia and improve the impact on research, something that requires “substantial investment and a specific strategy for a decade or more,” says Jack Moran, spokesman for QS.

“Increasing the number of PhDs should also be a priority, as well as trying to create incentives for talented professors from around the world to come and conduct research in Latin America,” says the expert.

How are Colombian universities positioned?

Again, the universities of Los Andes and Nacional de Colombia are the academic centers that obtain the best positions.

The University of the Andes
it ranks as the best institution in the country at number 236 worldwide. However, this time it fell 9 positions compared to last year.

The next to enter the list the National University
, in position 258.

The third is the Javeriana University, which ranks 412. The next to appear is the Externado de Colombia University in the range between 591 to 600.

Globally, the list places two Chinese universities in the top twenty for the first time, a milestone that contrasts with the decline experienced in this edition by about half of Japanese universities.

Malaysia and Russia also show a general decline, although both countries keep one of their universities among the top 100 positions in the table.

The London-based consultancy QS uses six indicators to compile its list, based on the responses received to a series of surveys among academics, companies and students, among others.