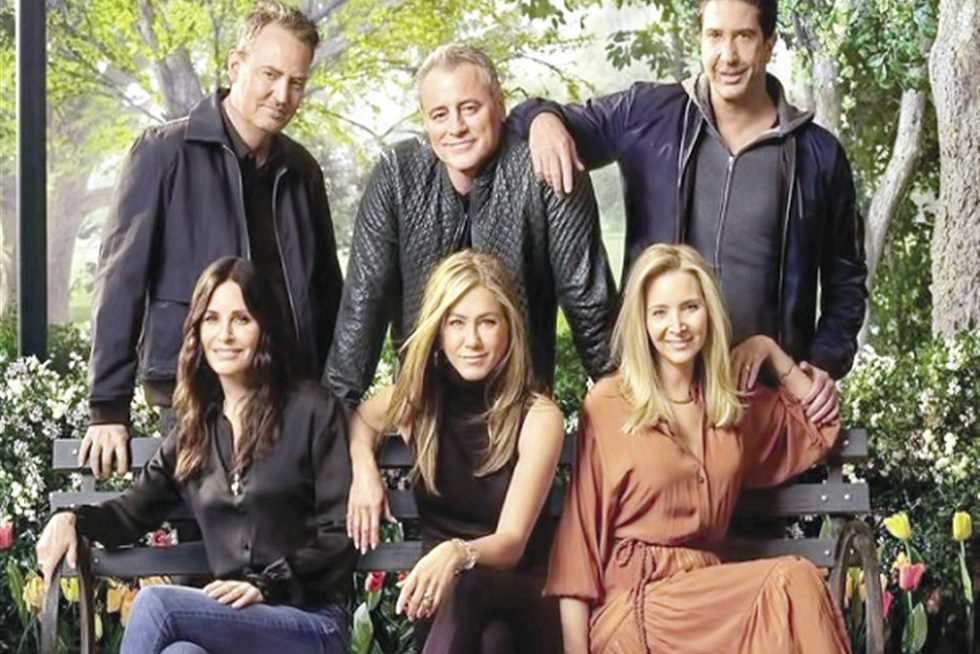 Followers of the new episode of the American series “Friends” entitled “Reunion” inside China, which was shown yesterday, Thursday, were surprised by the deletion of some of its scenes.

Those who watched the episode in China indicated that the episode was free of scenes from the American singer, Lady Gaga, the Canadian singer, Justin Bieber, and the Korean band BTS, according to the BBC.

This action by the censors angered and resented many fans of the series “Friends”, which has millions of fans from all over the world, starring Jennifer Aniston, Courteney Cox, Lisa Kudrow, Mather Perry, David Schwimmer and Matt Le Blanc.

Many Chinese millennials also credit the series with introducing them to American culture and teaching them English as well.

But the Chinese censorship measure did not stop some fans from collecting and sharing the deleted clips on social media themselves, while others distributed links to the full episode, uncensored, from pirate sites.

It is believed that the clips of these stars were removed due to their previous insults to China.

There were calls for a boycott of South Korean boy band BTS in China last year, over comments made by one of its members about the Korean War.

In a speech, division commander RM mentioned South Korea’s shared “history of pain” with the United States during the 1950-53 conflict, in which the two countries fought together, and his comments angered social media users in China, as Beijing supported North Korea in the war.

In the China Uncensored Scissors version, BTS members appear in the “Friends: Reunion” episode in a 13-second clip, talking about their love for the series, and its leader RM asserts that the comedy taught him “things about life and true friendship.” .

US singer-songwriter Lady Gaga has been banned from performing in China after meeting and supporting the Dalai Lama in 2016, upsetting Chinese officials who feel he is a symbol of Tibetan separatism.

Gaga appeared in the “Reunion” episode of the series “Friends”, performing the famous song “Smelly Cat” with one of the series’ heroines, Lisa Kudrow, and it is among the scenes deleted by the Chinese censors.

Canadian pop star Justin Bieber was banned from performing in China for his “bad behaviour”. In 2014, he sparked outrage in China after posting a picture of him visiting the controversial Yasukuni Shrine in Tokyo.

The shrine, which honors fallen warriors and convicted war criminals, is seen in China and South Korea as a symbol of a Japan that does not regret its empire’s past.

And China deleted the scene of Justin Bieber in the new “Friends” episode, in which he appears in the potato and satellite suit that one of the “Friends” characters once wore at a Halloween party.

The Chinese deletion of the “Friends” episode was not limited to these stars, but also included the ban on references to homosexuals, as well as random references to urine.

For example, testimony given by Ricardo, a gay German fan, who described how the program gave him a sense of belonging, was deleted.

“I was a gay guy and wanted to be like Jennifer Aniston, so you can imagine how lonely I was,” he says in the original video.

A Chinese broadcaster also censored another scene from the series, in which a lesbian woman poses for her partner in front of the camera and tells viewers, “Like all Chandlers, I’ve found my Monica.”

The “Friends: Reunion” episode gathered all six of its main cast members to talk behind the scenes of their work on the hugely popular series, and included interviews with celebrities and fans, and was shown on the American digital platform “HBO”.