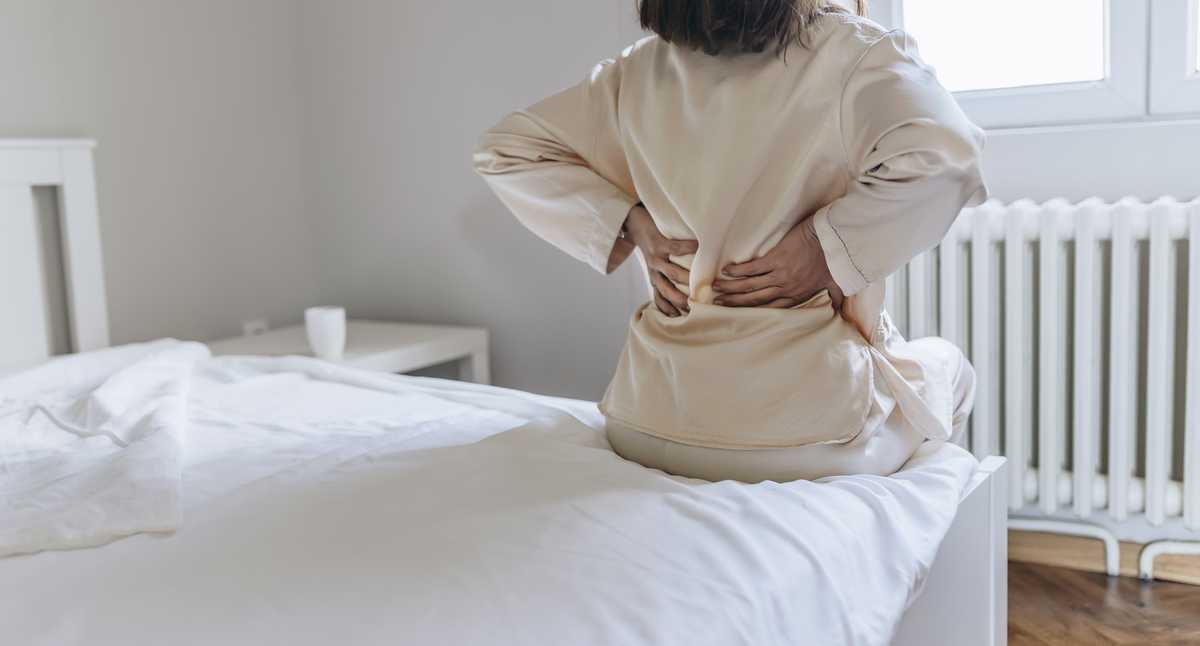 There are certain pains that are overlooked because of how frequent and common they are, such as headache or lower back pain; however, it is more than said by the experts that it is preferable to rule out any condition that is causing the discomfort.

Back pain, for example, tends to be associated with poor posture or the job that is practiced, either by spending a lot of time standing or sitting, but it is rarely thought that it is due to a particular condition, not until the pain gets stronger.

According to the United States National Library of Medicine, Medline Plus, spinal column, a structure that is made up of 26 bones known as vertebrae, is susceptible to different injuries that can impair people’s quality of life and even have serious consequences for their health.

According to the United States National Library of Medicine, Medline Plus, the spine, a structure made up of 26 bones known as vertebrae, is susceptible to different injuries. – Foto: Getty Images

According to the entity, among the problems that can involve damage to the spine or the vertebrae, infections, tumors, trauma and diseases such as scoliosis are listed.

Similarly, injuries or discomfort in the lower back also tend to appear as a consequence of age and the characteristic weakening of the bone structure during that stage. In fact, indicates the portal, during this period hernias or diseases that degenerate the discs can occur, although they are not necessarily inherent to age.

What are spinal discs and what damages them?

A simple way to understand how disks work is shared by the portal Spine Universe. The experts of the aforementioned blog indicate that the intervertebral discs work like small pillows that soften the shock between the vertebrae of the spine, in such a way that they do not cause pain during movement.

However, due to certain factors, discs can lose this ability, which can lead to other consequences, such as stiffness in mobility. As mentioned in an article by Spine Health, this may occur as a symptom of degenerative lumbar disc disease.

According to the organization, which shares information for health care, said syndrome is caused by a disc that does not work properly, either due to wear and tear over the yearsgenetic components or due to some traumatic injury -generally of low severity- .

It may also be of interest…

“The disc itself doesn’t get a blood supply, so if it gets injured, it can’t repair itself like other tissues in the body. An injury to the disc, which would otherwise be insignificant, can start a degenerative cascade whereby the disc wears away”, they add from Spine Health.

Disc degeneration when associated with the natural passage of time can be quite common in adulthood, without this representing a greater danger to health. In fact, according to the aforementioned portal, it is likely that older adults present this condition when they reach 60 years of age.

On the other hand, the portal Know how to live adds that In this condition, the degeneration of the disc can be caused by the loss of its water content or changes in the structure of the collagen that compose them.

Generally, when there is a disorder that deteriorates the disc, the discomfort or lower back pain is usually stronger when sitting than when standing, due to the pressure exerted on the discs of the vertebra.

Nevertheless, It is essential that an expert diagnose the syndrome and indicate the necessary care measures, especially if the pain tends to worsen and become disabling.