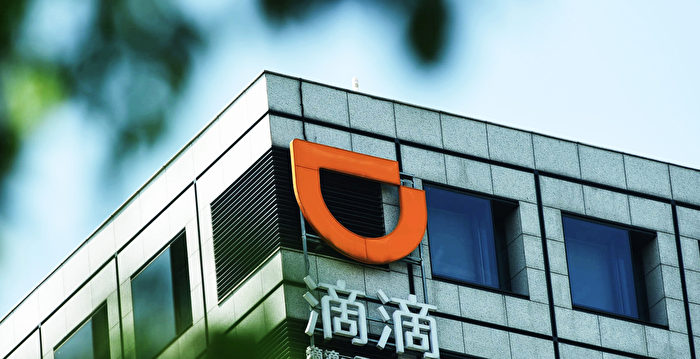 [EpochTimesNewsonJuly192021](Epoch Times reporter Xia Yu comprehensive report) At a time when US-China relations are strained, ChinaRide-hailingGiantDidi“Travel” was listed in the United States, and was subsequently suppressed by the CCP’s successive major moves, which aroused concern from all walks of life. According to the analysis, Didi has a large amount of user, map, and traffic data, which has caused the CCP to panic and feel pressured.

DidiWhat data do you have that scares the CCP

“The Wall Street Journal” published an article on July 18, enumerating what data Didi stores. According to the report, Didi has 377 million annual active users and 13 million annual drivers in China. Individuals using Didi’s services will hand over their mobile phone numbers, which in China are linked to their real names and identification. Users also often voluntarily share photos, places they frequent, such as homes and offices, as well as their gender, age, occupation, and company. To use other Didi services such as carpooling or bike sharing, customers may also need to share other personal information, including facial recognition data.

Didi obtained a government license to produce high-precision maps in 2017, and it is impossible for foreign companies to obtain such a license. “Hua Ri” reported that this is a rare privilege-according to the data compiled by IDC and the Chinese Communist government’s statement, only 29 Chinese entities have obtained permission to conduct detailed surveys and mapping.

Didi collaborated on a project with a department of the Chinese Communist Party’s state media Xinhua News Agency in 2015. The project analyzed travel to and from various government departments, including 1,327 travels to and from the Ministry of Public Security and the CCP police in 24 hours. The Xinhua News Agency article detailed the hourly arrivals and departures of police officers, and then cross-referenced these trips with investigations in the news to speculate on which cases might keep the police busy.

Xinhua News Agency and Didi also compared the ride-hailing services of about 20 other ministries and government departments. Data show that as of 6 pm that day, the now-defunct Ministry of Land and Resources had 298 rides.

All this information makes Didi the focus of the Chinese government. China expert Gordon Chang told Fox News that the CCP’s move was “trying to prevent the leakage of information from Chinese companies.”

The series of suppressions that Didi has encountered after its listing is related to the increasingly authoritarian CCP’s politics, concerns about data privacy and regulation of the U.S. market, and the growing competition between China and the U.S.

Beijing is also cracking down on the monopolies and other problems of technology giants such as Alibaba Group and Ant Group. The Wall Street Journal reported that Beijing is also concerned that Didi and other Chinese companies listed in the US will be required to submit audit documents that may contain sensitive information to US regulators.

“Hua Ri” previously quoted a person familiar with the matter as saying that the CCP cybersecurity authorities are particularly concerned about a standard requirement passed by the US Congress that future listed companies must disclose “significant contracts” or related companies to the US Securities and Exchange Commission. The main suppliers and supplier information.

The above-mentioned person said that although companies such as Didi Chuxing store their user and traffic data on servers in China, officials of the Cyberspace Administration are concerned that if the equipment of these servers is purchased from abroad, they may be safe in the view of the CCP. Loopholes.

In June of this year, the CCP issued the “Data Security Law.” After the “Data Security Law” is implemented on September 1, the CCP will pass the law, the “Cyber ​​Security Law” and the “Personal Information Protection Law” that is in the process of legislation to comprehensively control data information. The draft vehicle data management rules were released in May. Priority protection includes personnel flow and traffic information in military regions, areas related to the CCP, and certain government sites, as well as accurate map data.

“Hua Ri” reported that the main thrust of the CCP’s promotion of this initiative is that data accumulated by the private sector should be regarded as CCP national assets.

In contrast, Western countries cannot arbitrarily encroach on the rights of private companies. For example, American electric car giant Tesla and technology giant Apple can directly refuse to cooperate with the US government without worrying about the consequences.

The CCP’s Internet censorship has also been criticized by the outside world. In 2020, the international human rights organization Freedom House released a report on online freedom, stating that no place has a stricter and more systematic online censorship system than China.

New York current affairs commentator Zhu Ming said that the CCP’s attack on Didi was not to protect data security, but to fear that its power would collapse after being torn open.