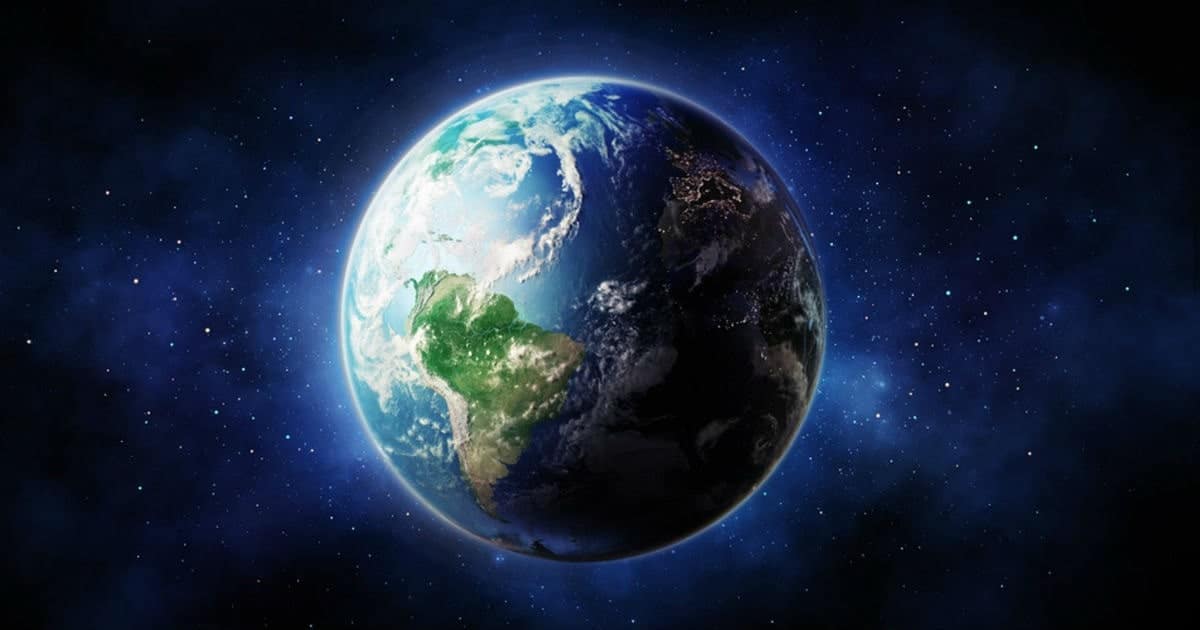 Current astrophysical models describe the formation of planets from rotating circumstellar discs. This rotational motion is then transmitted to the forming protoplanet by virtue of the conservation of angular momentum. All planets are therefore supposed to rotate, and Earth is no exception. But what if, suddenly, our planet stops spinning?

If the rotation stopped, the angular momentum of every object on Earth would tear its surface, which would be a disaster. However, as James Zimbelman, a geologist at the Smithsonian’s National Air and Space Museum, there is no natural force that would prevent the Earth from rotating. This is partly why our planet has been spinning since its formation.

The Earth rotates fully on its axis every 23 hours, 56 minutes and 4.09053 seconds. This results in the equator moving at around 1,770 km / h, with the rotational speed decreasing to zero at the poles, according to Zimbelman. If the planet were to come to a sudden stop, the angular momentum transmitted to air, water and even rocks along the equator would continue to move at this speed of 1,770 km / h. The movement would scour the surface while tearing it apart and sending shards to the upper regions of the atmosphere and space.

Linear momentum is the product of an object’s mass and its speed (direction and speed). A passenger in a moving car that comes to an abrupt stop will continue to move forward due to linear momentum. Angular momentum is a rotational analogue of linear momentum. It is the product of the moment of inertia (the rotational force required to rotate the mass) and the angular velocity. One of the fundamental principles of physics is the conservation of angular momentum. Once something turns, you have to exert the same force in the opposite direction to keep it from turning.

A chaotic situation for Earth

According to Zimbelman, the pieces that broke off the surface would regain some rotation as the Earth and its remnants continued on their way around the Sun. Eventually, the planet’s gravitational pull would bring back the halo of fragments with an unexpected effect. “ What Isaac Newton helped us understand with classical mechanics is that parts that accumulate and come together release some of their own energy in the form of heat. », Indique Zimbelman.

The remains that ended up in the far reaches of the atmosphere and outer space would be attracted to the surface by the planet’s gravitational pull, and they would release energy on impact. The constant bombardment of these lumps would liquefy the crust into an ocean of molten rock, Zimbelman explains. Eventually, the colliding fragments would be reabsorbed back into the molten sea through a process called accretion.

The rapid and destructive transition would also vaporize most of the water on the planet’s surface. While most of this vaporized water would be wasted, some could be incorporated into newly solidified minerals, like olivine. Finally, all the fragments would not be reabsorbed by accretion. Some of the planetary pieces would be swept away by the Moon’s gravitational pull, bombarding the nearby satellite and creating countless more craters on its surface.