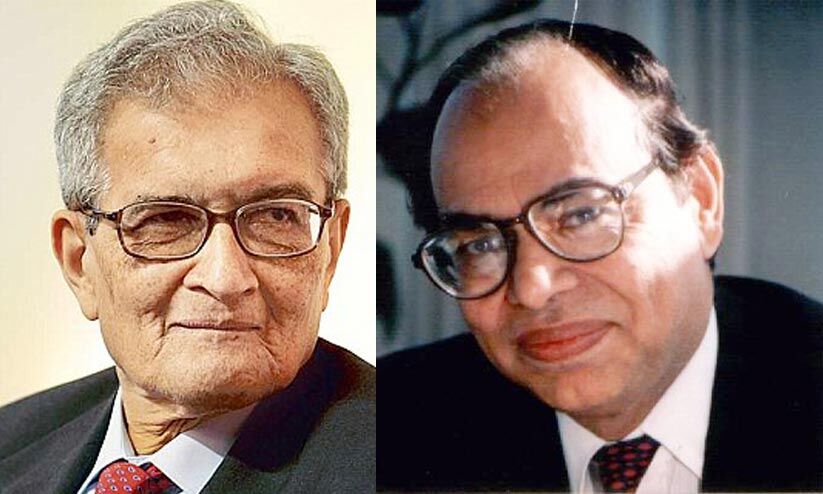 Countries of the world measure their progress by economic growth rates and per capita income growth. The World Bank classifies the world’s countries as developed, developing, and least developed based on per capita income figures. The topic of discussion was the collapse of economic growth rather than how many people died due to the Covid pandemic in India. Man is the goal and means of development. Quality of human life, peace and social cohesion are at the core. As such, progress should not be measured solely by the increase in national income

Development is a much contested concept. It is a word that is exchanged daily by ordinary people, economists, politicians and journalists. It has evolved to encompass many concepts and economic and social issues. Colonialism collapsed after World War II.

In 1949, US President Harry S. Truman declared that their wealth, vast technological prowess, and agriculture would provide the means to end world poverty. The concept of development took on more forms when the countries of the continents like Asia, Africa and Latin America came to the fore.

This process was led by the discipline of economics; It is more correct to say that it was taken over. This discipline overemphasized the relationship between man and commodities, and more broadly, property. The truth is that ‘development’ has grown into a huge knowledge tree consisting of theories, models and policies. The World Bank itself has created five development agencies.

Universities, corporates and private entrepreneurs have started development institutions. Such mushrooming institutions did not give importance to socialist ideas. At present, the concept of development seems to rest on the completely false assumption that the market is the efficient arbiter of the world’s resource allocation.

It is in this nature that the question arises as to what development is. However, the development theories, models and policies did not benefit the common people. Hunger, poverty and inequality reign supreme in slum countries. The dream of ensuring universal health, education and social security was nowhere to be found.

According to Oxfam’s report on inequality, the richest 42 people own more than the bottom 3.7 billion. All but nine of them are white. This example was taken not to be sarcastic, but to point out the gross injustice.

Mankind’s wretched hunger can be alleviated by the expense of keeping their rooms lighted, cooled, and hummed. Remember what Joseph E. Stiglitz has said in his many books about the perverse allocation of resources in America where the 1 percent control the future of the 99 percent.

Climate change and global warming are major disasters of the present development system. Two weeks ago, the 27th climate conference held in Sharm El Sheikh, Egypt, under the auspices of the United Nations, ended without taking any major decisions.

(In Kyoto. I attended the conference in 1997.) World leaders have yet to understand that this disaster is a consequence of the increasing consumerism (commodity fetishism to borrow Karl Marx’s term) and the modern development system that creates a profit-oriented resource allocation based on it. This is a massive development crisis.

The topic of discussion was the collapse of economic growth rather than how many people died due to the Covid pandemic in India. Man is the goal and the means of development. Quality of human life, peace and social cohesion are at the core.

As such, progress should not be measured solely by the increase in national income. If the arsenal is increased, the national income will rise if the military strength is increased. India is at the forefront of economic growth in the post-Covid world.

It is the fifth largest economy in the world. Canada, France, England and Italy are behind India. But according to the Human Development Index of 2022 of the UNDP (United Nations Development Programme), India is ranked 132nd. Note that Bangladesh’s is 129 and China’s is 79. India’s high economic status and low humanitarian index is a puzzle. The objective, means and content of development require re-examination.

It is my view that economics is largely responsible for the great crime in which the measure of human progress is tied to economic growth and per capita income. Economists perpetuate the myth that efficiency can be measured by exchange rates of goods (profits and efficiency) rather than human relations.

Also given too much importance. Values ​​like compassion and human dignity were conveniently sidelined. This alienation is justified by flawed doctrines. In recent times Amartyasen, Joseph Stiglitz, then Abhijit Banerjee, Ersthardflo and many others have highlighted the evils of this delusion.

It is a matter for each country to examine how the World Bank and the IMF (International Monetary Fund) formulate their social policy. A new benchmark for measuring progress, the Human Development Index, began as an experiment in 1990 when Pakistan’s former finance minister, Mahbub-ul-Haq, took charge of the UNDP.

Its early creation was done by Amartyas and Haq. Today it is much expanded. Although many factors such as women’s equality, environmental protection and economic prosperity are combined, initially infant mortality per 1000 births, average life expectancy at birth and internationally comparable per capita income are considered as a single integrated number.

That is the Human Development Index mentioned earlier. Every country in the world is ranked in this year’s report. Switzerland is the first place. It has been said above that India is 132nd. This index is the first attempt to give concrete expression to Zen’s idea that development is a multifaceted process of human freedom.

Development concept requires careful analysis and evaluation. The contention of the honorable Chief Minister’s recent statement that there are many anti-development people in Kerala is something that needs to be investigated. The problem here is not the postmodernists who call themselves anti-development. Development is stifled when the citizen’s freedom to do valuable things is denied.

America imposes sanctions on individuals and companies linked to “Hezbollah”