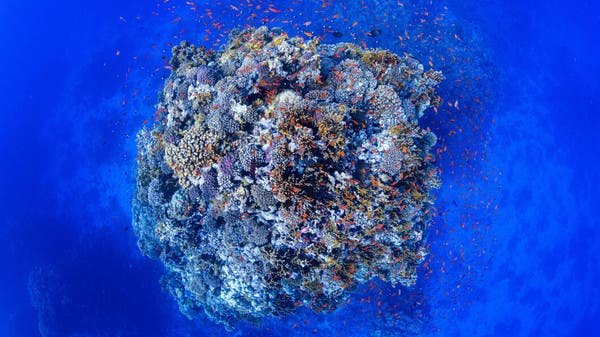 After a 6-week expedition aboard the Ocean Explorer, “Saudi NEOM”, about the discovery of giant and rare marine creatures and new islands north of the Red Sea.

In the details, the company explained that the joint mission, which it carried out in cooperation with “Ocean X”, provided scientific research on marine ecosystems, groups of mega-organisms that live on the seabed, and saltwater aquariums, in addition to a study on how to preserve and renew coral reefs.

In turn, the CEO explained “New” Engineer Nazmi Al-Nasr said that the mission’s efforts achieved its most important goals by identifying a natural area that was far from global attention, stressing that it highlighted unprecedented global scientific discoveries, represented in reaching a sea summit with a height of up to 635 meters, which is higher than many skyscrapers in the world. It is the largest deep sea saltwater aquarium in the world, as well as an area of ​​more than 600 square kilometers of sites attracting biodiversity of fish and coral reefs.

As for marine organisms, the official explained that two camera views of a giant squid had never been seen before in the region, and confirmed the presence of 12 species of huge creatures in the waters of “NEOM”, including sharks, whales, dugong, turtles and dolphins, and 341 identified There are 8 species of fish in it, including 8 new species, 68 endemic species, and 18 rare and endangered species worldwide.

He also pointed out that choosing the “NEOM” site is not an ordinary matter, because all the objectives of “Vision 2030” have been carefully studied, the most important of which are sustainability and the balance between urban development and environmental preservation, and that “NEOM” is the cornerstone of this vision, it is obligated to present a destination A new world that has all the ingredients for the future.

In addition, the chief scientist and co-CEO of Ocean X, Dr. Vincent Pierpon, affirmed their commitment to exploring the previously unexplored locations and sharing them with the world.

It is worth noting that the mission carried out more than 960 hours of underwater research, which included a three-dimensional mapping of an area of ​​more than 1,500 square kilometers of the seabed with high accuracy, and setting a reference scale for biodiversity and the vitality of environmental habitats that will enhance NEOM’s efforts to achieve its goal of preserving on the integrity and improvement of surrounding ecosystems.

The staff included 30 oceanographers and international researchers, including 4 experts from NEOM, 5 others from the Ministry of Environment, Water and Agriculture and King Fahd University of Petroleum and Minerals, 11 experts from King Abdullah University of Science and Technology (KAUST), and explorers from National Geographic”.