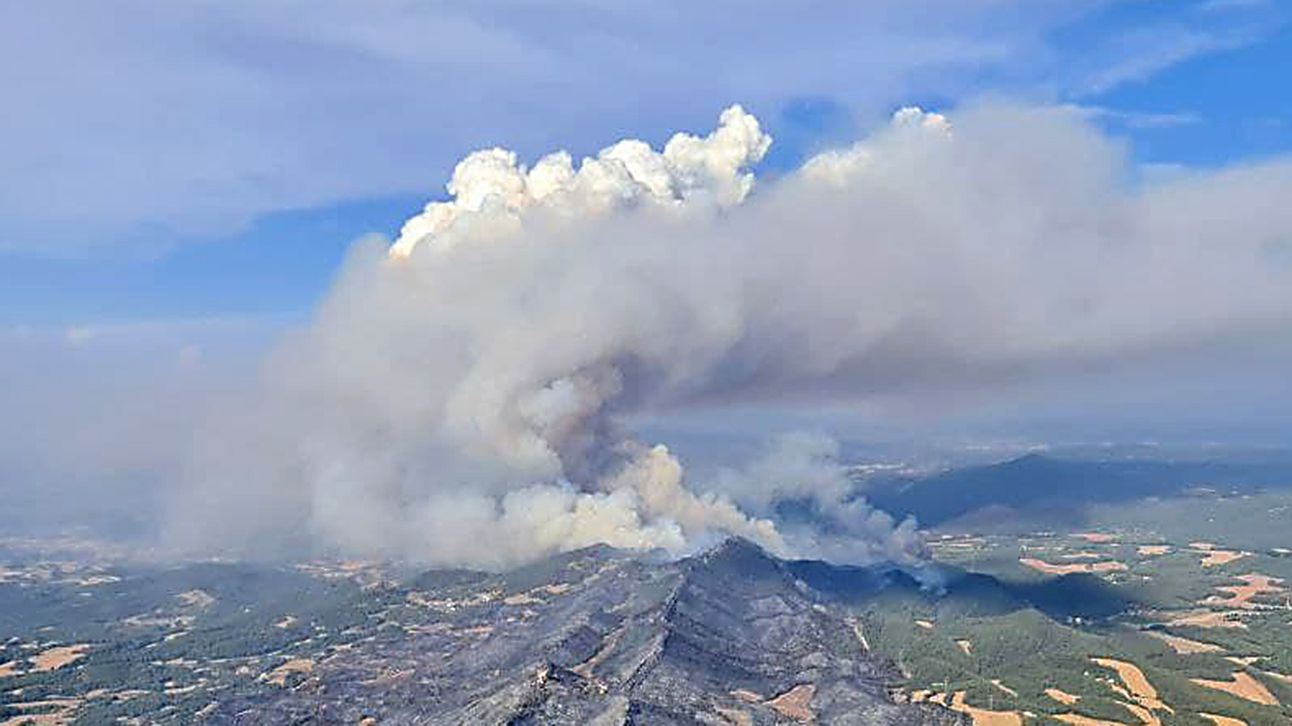 Alfons Puertas, meteorologist at the Fabra Observatory, explains how the huge white clouds derived from fires are formed

It is not strange to see huge white clouds fly over the scene of a fire. Aerial footage of the fire from Santa Coloma de Queralt, for example, they show a gigantic white cloud that rises several kilometers high from the site of the fire. But why is this phenomenon due? And above all: what effects can it have on extinguishing the fire?

The phenomenon, far from being a rarity, has a very simple explanation. As explained Alfons Doors, a meteorologist at the Fabra Observatory in Barcelona, ​​several factors converge in forest fires that favor the formation of this phenomenon. The intense heat that is given off from the fires generates a ‘grill effect’ on the surface. This results in large hot air bubbles that rise up, just like a hot air balloon would. If the environment meets suitable humidity conditions, these warm bubbles condense and form a big white cloud shaped like a cauliflower. Sometimes this cloud can give rise to local precipitation.

“Pyrocumulus is formed right above the fire site. The wind can move the column of smoke to one side or the other, but the cloud is usually right where the main source of fire is, “the meteorologist said in statements to this newspaper. Puertas ruled out that this phenomenon could be detrimental to the tasks of extinguishing the fire. The cloud itself is totally harmless. “Firefighters’ work can be complicated by wind or smoke, but not by these clouds,” he says.

Although the cloud itself is harmless, this phenomenon can be accompanied by other events that can affect fire extinguishing efforts. As explained fire department supplies, pyrocumulus can be associated with “strong and erratic” wind currents which, in turn, can cause the fire to travel in any direction. This scenario, already known to firefighting teams, is one of the reasons that can lead firefighting teams to temporarily stop firefighting work. At least until the winds have died down.

Smoke and ashes in Barcelona

These huge white clouds are usually limited in extent and do not travel very far from the fire. From the Fabra Observatory, Puertas confirms that the pyrocumulus generated in Santa Coloma del Queralt has not reached Barcelona. The grayish clouds observed these days from the city, explains the meteorologist, are nothing more than the column of smoke and ash detached from the fire. “Smoke and ashes from a fire can get very far carried by the wind. This can generate from a cloudy sky with brown tints,” he adds.

The effects of a fire in the air have a short life. As Puertas explains, pyrocumulus disappears just a few hours after the fire is extinguished. And the trail of smoke and ash dissipates in a matter of six hours. A wind or heavy rain can help speed up the process. That is, “to clean the air immediately.” Otherwise, it is only necessary to be patient until the atmosphere, little by little, recovers its normality.