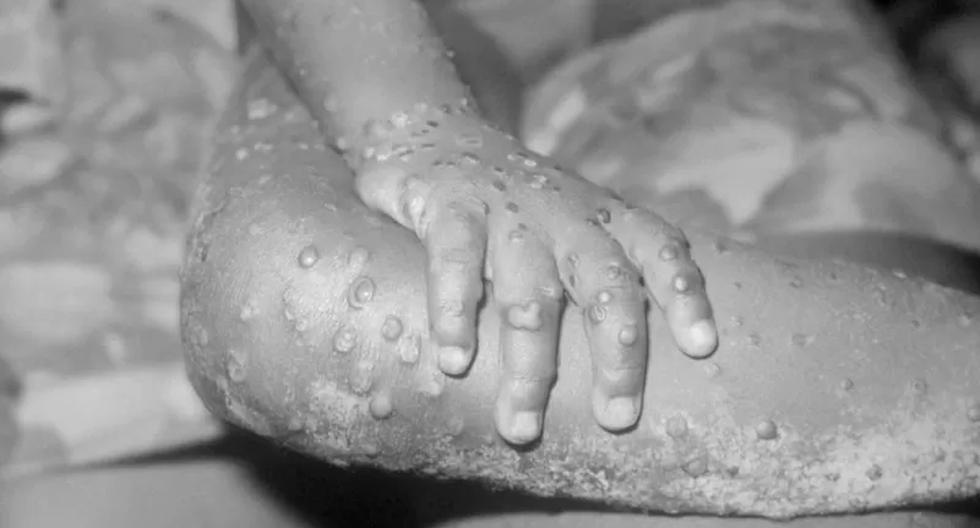 What is the monkey pox? After the United Kingdom, Spain and Portugal announced this Wednesday that they have also identified cases of monkeypox, a rare disease in Europa, of them five confirmed and more than forty suspects. The World Health Organization (WHO) announced on Tuesday that it wants to clarify, with the help of the United Kingdom, the cases detected since the beginning of May, especially among the homosexual community.

Canada it was the latest country to report that it is investigating more than a dozen suspected cases of the disease. There is also a confirmed case in United States and one in Sweden.

MIRA: Sweden confirms the first case of monkeypox, a person from the Stockholm region

Endemic to West Africa, This viral disease has also been identified in Portugal in “more than 20 suspected cases (…) in the Lisbon region (west), five of which were confirmed,” the Portuguese Directorate General of Health announced in a statement.

“The cases, most of them young, all male, had ulcerative lesions”specified the health authority.

In the Madrid region, 23 suspected cases were detected that are pending the results of the tests, announced the regional Ministry of Health, raising an initial balance of this Wednesday that was eight suspected cases.

MIRA: Portugal confirms 14 cases of monkeypox and fears an increase

“Due to the characteristics of the 23 suspected cases of infection, it indicates that it has been due to contact with mucous membranes during sexual intercourse,” the ministry reported in a statement.

According to the authorities of both countries, who activated a national health alert, this rare disease is not very contagious between humans, It has no treatment and usually heals on its own.

The monkey pox of the genus Orthopoxvirus, is a rare disease transmissible through the contact with animals or in close contact with infected persons or contaminated materials.

Where are you from?

According to an article in The Conversationthe disease was discovered in 1958, when two outbreaks of a smallpox-like disease occurred in colonies of monkeys kept for research purposes. For this reason it received the name “monkeypox” or “monkeypox”.

The first human case of monkeypox was reported in August 1970 in Bokenda, a remote village in the Democratic Republic of the Congo. The infected was a 9-month-old boy. A sample sent to the WHO Smallpox Reference Center in Moscow revealed that the symptoms were caused by the smallpox virus. monkey pox.

The patient’s family said they sometimes ate monkeys, although they could not remember if they had eaten monkeys in the past month or if the child had contact with a monkey before symptoms developed. The investigation showed that the child was the only one in the family who had not been vaccinated against smallpox.

How is it transmitted?

According to the Mexican newspaper The universal, can be transmitted through saliva, respiratory excretions, exudate from the lesion, or crusting material. Feces, containing viral excretion, also represent a danger.

According to available information, rodents are the natural reservoir of the virus, which can infect squirrels, rats, mice, monkeys, prairie dogs and humans.

In recent years, Africa has seen a resurgence of monkey poxwhich has a lethality of between 4% and 22%.

What are your symptoms?

Its symptoms include fever, headache, muscle aches, back pain, swollen lymph nodes, chills, and fatigue. Skin rashes can also appear, especially on the face, and spread to other parts of the body.

What is the incubation period?

According to the article of The Conversationthe incubation period of the monkey pox it is usually from 7 to 14 days, but can be reduced to 5 and raised to 21 days. It’s normal to develop a rash, which often starts on the face and then spreads to other parts of the body, particularly the hands and feet. Before long, the rash changes and goes through different stages before it crusts over and eventually falls off..

The illness usually lasts 2 to 4 weeks.

There is currently no specific treatment available to combat the monkey pox. The smallpox vaccine is 85% effective for prevent monkeypoxbut having eradicated the disease, it no longer occurs.

According to the Spanish newspaper ABCcontact with live and dead animals through hunting, and consumption of game or bushmeat are known risk factors.

The UK has identified seven cases since May 6, including four in people who identify as “gay, bisexual or men who have sex with men,” according to the UK Health Security Agency (UKHSA).

With the exception of the first case – the infected person had recently traveled to Nigeria – the patients were infected in the UK, raising fears of community transmission.

Monkeypox: they investigate a second source of contagion in Spain