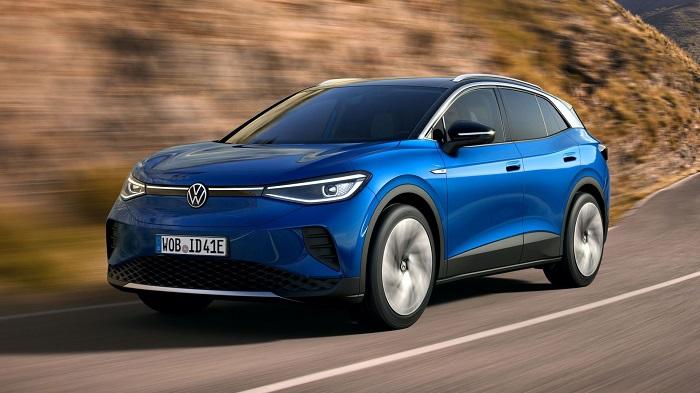 In addition to the above models, Volkswagen will launch the following models in 2023 (next year) and these models are ID.1, ID.2, ID.7 and ID.7 Estate.

Now let’s talk in an expanded technical way to clarify the fallacies regarding the mechanism and origin of the manufacture of these cars. First of all, we must fully understand that there are many car manufacturers who actually depend on Volkswagen in terms of engineering, as Volkswagen has launched a number of versions of the so-called Platforms, which is a set of engineering specifications related to the mechanism of design and manufacture of cars, meaning in the simplest language. About a set of engineering specifications and standards, these engineering standards actually owned by Volkswagen were used by many manufacturers, the most famous of which is Porsche in the manufacture of the Cayenne, Audi and many other companies. ID cars were actually manufactured according to a platform called MEB developed by Volkswagen, which is intended only for electric cars. In a more simplified way, Volkswagen has designed engineering standards for the design of electric cars that include a long list of specifications related to the engine, electrical system and vehicle body design and put them in a standard model called MEB, which is an acronym The German Modularer E-Antriebs-Baukasten, which means “the set of standard specifications for electric cars”, the most famous cars made according to the MEB standard are the Audi Q4 e-tron, Audi Q4 Sportback e-tron, Audi Q5 e-tron, Škoda Enyaq iV, Volkswagen ID. 3 – ID.6.

Of course, one of the most famous components that were manufactured according to Volkswagen’s MEB standard is the APP 310 engine, which is a small electric motor (the size of a sports bag) and is mainly used in ID.X cars and many other electric cars from companies other than Volkswagen. We come now to the question that everyone is asking about the promoted Chinese, European and American models, each of which has a different manufacturing quality, and we will explain that in detail.

In the world of cars, there are actually many companies that manufacture or assemble their cars in China, and this does not mean that everything that is made in China is bad, but on the contrary, there are cars and products made in China that are very strong and quality, and therefore it is very important to understand a fundamental point that by Concerning Volkswagen ID cars that are manufactured in China, Europe or North America, the difference is in “specifications and additions” and not in “manufacturing quality” because all companies that manufacture for Volkswagen are fully committed to manufacturing the car according to the standards of the parent company, which are more precisely “assembly” factories and not “Manufacture” and more precisely, the most actual car parts in the manufacturing world are manufactured in different countries. For example, there are electronic parts in Volkswagen ID.X cars that are made in Japan and assembled in other factories in China, America, Europe and so on, if again the difference is in the specifications and not in the quality of manufacture All of these companies are fully committed to the MEB specifications that we talked about.

What is the difference in specifications between the three parties that assemble or manufacture the Volkswagen ID.X, namely China, Europe and North America?

North America: In North America, the ID.4 vehicle comes with a 201 hp engine and 82 kW battery, and another model with a 295 hp engine has different specifications from the European car regarding the location of the battery, the length of the profile, the shape and type of lights and other things. It is manufactured at the Volkswagen Chattanooga plant in the state of Tennessee, USA.

First: SAIC Volkswagen Automotive Co., which was established in 1984 in partnership between Volkswagen and the Chinese SAIC company, where SAIC owns 50% of it, Volkswagen AG of Germany owns 40%, and Volkswagen (China branch) owns 10% of it. This SAIC Volkswagen Automotive Co. Actually, it manufactures many cars through 7 factories located in China, not only for Volkswagen but for other companies, and this information may be surprising to some, for example, since the beginning of 2021, this company has been manufacturing the Audi A7L cars for Audi. Since 2015, this company has been manufacturing the Skoda Fabia, and many other Volkswagen models, the most famous of which is the Volkswagen ID.4X, which is being talked about in Jordan.

Conclusion: Regarding the Volkswagen ID.4, there are three main models:

The European-American model is symbolized by ID.4, and it is divided into several categories. Each category has different (essential) specifications that differ from the other. These categories are: ID.4 Pro, ID.4 AWD Pro, ID.4 Pro S, ID.4 AWD Pro S

The model manufactured in China is from SAIC company and is symbolized by the code ID.4X, and it is divided into several varieties. Each class has different specifications (essential) that differ from the other, and these items are: ID.4X Pure, ID.4 Pure+, ID.4 Pro, ID. 4 4WD

The model manufactured in China is from FAW company and is symbolized by the code ID.4 Crozz. Several varieties are branched from it. Each class has different (essential) specifications that differ from the other. These items are: ID.4 Crozz Pure, ID.4 Crozz Pure+, ID.4 Crozz Pro/st, ID.4 Crozz 4WD

That is, we are actually talking about 16 different brands of Volkswagen ID.4 cars manufactured in China and Europe. Each brand differs from the other in terms of specifications, even if their shapes are similar.

What is the best model?

Personally, after delving into the subject of vehicles for years, I think that this question is completely wrong, and the question is supposed to be what are the specifications that you want? Are you more interested in engine power? More interested in battery size? Interested in the size of the inner room more? And therefore you have to determine what exactly you want and accordingly you make a choice, the aspect related to the origin of manufacture, I assure everyone and scientifically that it is not a source of concern at all and again the difference in specifications and not in the quality of manufacture.

Here I refer to a very important aspect regarding the warranty of these vehicles. Cars manufactured in China find it difficult for their owners to provide parts for them. The reason is that there is an actual discrepancy in the specifications of these vehicles and a difference in technical specifications, especially for electrical parts, mechanical parts and some body parts or the vehicle’s body. It will be resolved within a few months, so it is preferable to buy the European model because it has parts and maintenance available in Jordan.

Why not manufacture a unified model for all the world?

In the world of cars, every country has a different peculiarity. For example, the average temperature in Jordan is different from the Gulf, so you find cars dedicated to the Gulf and cars dedicated to Jordan. You find the geographical nature of Jordan is different from it in America or Europe (a mountainous environment) and therefore the design of electric car engines and their specifications are different, Therefore, different models must be available according to the specifics of each region. In fact, the Chinese models of this vehicle are the closest to the Middle East.

Are there actual problems in the vehicle?

In a scientific and accurate manner, and according to the report of the American NHTSA Corporation (National Highway Safety Administration), the vehicle has a high rating in terms of safety, and it holds a 5-star rating in safety and safety standards, in addition to the fact that the rate of technical complaints on it is less than the actually normal rate, and these reported problems are very few It was about (the brake system and the vehicle’s electrical system), to get the full technical vehicle report in terms of safety and reported problems you can type NHTSA NUMBER: M20215800 on Google and the report will appear to you.

Do you recommend it?

After reviewing the full technical details about the vehicle and the report issued by the official American and European institutions on vehicle inspection standards and all of the above, I consider it a very excellent vehicle and highly recommend it.

The number of Skoda showrooms has crossed 205: Deepika.com Business News |