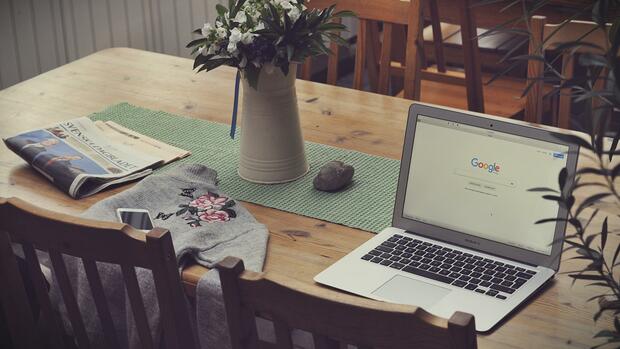 Despite Corona, hourly rates for IT experts remain stable at 94 euros, according to a recent study by the Freelancermap portal.

Bonn The need for IT experts has increased rapidly in recent years. The self-employed can often earn much better than full-time employees thanks to a shortage of skilled workers in special sectors in this area. Agencies and start-ups especially like to take action to independent experts, so-called freelancers, back when they need help with a project.

But the corona crisis is currently also firmly in control of the freelancer industry, as a current market study by the portal Freelancermap shows, which is available to the Handelsblatt in advance. For the fifth time in a row, the Nuremberg company asked independent IT and engineering experts about their financial situation, order situation and demographics as well as the job description itself.

If the hourly rate before the pandemic was announced by the WHO cracked the 94 euro mark for the first time, it tended to fall again from mid-March. The results of the survey of 1,856 freelancers also show that they can still keep their hourly rates stable at the previous year’s level.

“Without the crisis, we would probably have been able to report an increased average hourly rate again,” explains Thomas Maas, CEO of Freelancermap. The company is one of the popular project platforms on which companies advertise orders that freelancers can then accept. According to their own information, a total of over 200,000 users are currently registered there. Other popular portals are Simplyhired, Upwork, 99designs or Fiverr.

See Also:  Elon Musk lets himself be grilled by his sharpest critic and even agrees with him

“During the corona pandemic, the benefits and opportunities of digitization were clearly highlighted in all sectors of the economy. This offers freelancers the unique opportunity to make greater use of digitization in the future if the general conditions are right, ”comments Michael Rotert from the Eco Association of the Internet Industry on the market study.

In principle, almost half of all permanent employees in Germany can imagine working as a freelancer. This is a key finding of a study carried out by the Forsa Institute in 2019. The number of self-employed in According to the Federal Employment Agency, Germany amounts to over four million (as of 2018). Their share of all employed persons has been relatively constant between ten and eleven percent over the past 20 years. Since there are many different counting methods, it is difficult to determine a specific number.

Other investigations still count on people who have a so-called freelance profession, for example as midwives, tax consultants, architects or journalists and who do not have to pay trade tax. According to the Federal Statistical Office, that was more than 1.4 million people in 2019.

Women earn even less than their male counterparts

If freelancers in German-speaking countries (DACH) set an average hourly rate of EUR 94.57 before Corona, this value fell to EUR 93.82 from March 11 to May 31 as the business impact progressed, taking into account the year as a whole Hourly rate of 94.28 euros results. The forecast for the hourly rate from the market study “Freelancer Compass” 2019 was 96.38 euros for the current year and was therefore clearly missed.

However, the gender pay gap has increased to nine euros this year, because women only earn an average of 86 euros per hour (previous year: 88 euros), while men earn 95 euros (as in the previous year).

Up to 129 euros per hour: Saarland, NRW and Hessen top – Swiss in a different league

Despite the subdued mood: Freelancers from Saarland make the best of all in a Germany-wide comparison. Here the average hourly rate is 98 euros, followed by North Rhine-Westphalia and Hesse (each 96 euros). The freelancers from the capital Berlin fetch 94 euros – freelancers from Mecklenburg-Western Pomerania, on the other hand, are far behind. At 80 euros, they receive almost 20 euros less than the top earners in Saarland.

On average, German freelancers can pay € 93 an hour, Austrian € 91 an hour. Swiss self-employed, on the other hand, play in a completely different league and earn an hourly rate of 129 euros over 30 euros per 60 minutes more.

More: The number of start-ups is increasing for the first time in five years.

See Also:  Award-winning composer of "The Mandalorian" confesses that he created the music with ... a recorder | TV and Show