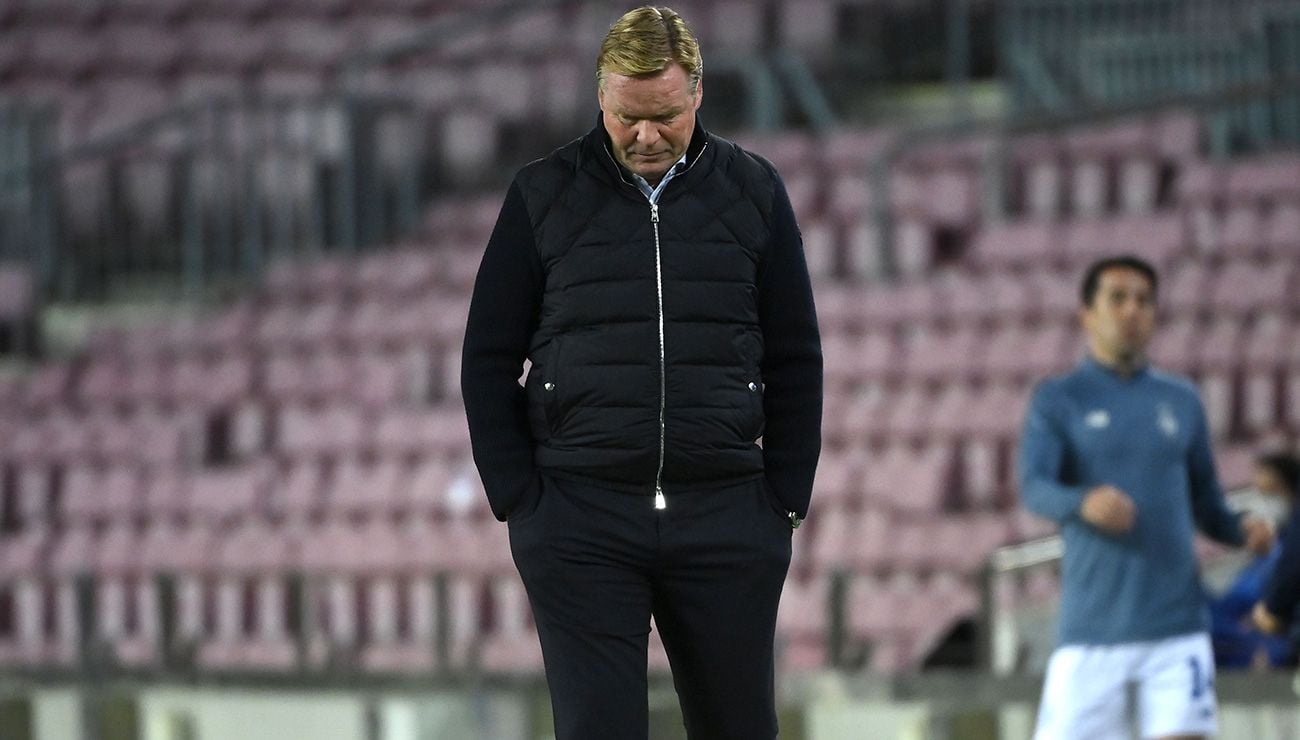 The infirmary of the FC Barcelona is still the main headache of a Ronald Koeman that accumulates up to five footballers in the dry dock so far: Ansu fati Y Gerard Piqué they will spend several months off due to serious injuries to their knees, Sergi Roberto will not return until January 2021, Samuel umtiti is indefinite leave and Ronald Araújo He has not yet received a medical discharge, so he cannot play.

All of them can be joined Sergiño Dest, that in training this Friday he has experienced muscle discomfort and, according to some sectors of the Catalan press, it is a serious doubt regarding the match of LaLiga​ of this Sunday against Osasuna. These problems will mean that the presence of the US international cannot be confirmed until the summoned list is released.

Even if he finally ends up entering the call-up, the American will not be assured of Ronald Koeman’s presence in the line-up, especially if there is a risk that these discomforts will turn into a more serious injury that could swell the list of casualties of FC Barcelona , which is not exactly short. So things, the Dutch coach could lose another starter.

If finally Sergiño Dest cannot start the match against Osasuna, Ronald Koeman will have a real problem on the right back, Since he cannot count on a Sergi Roberto who, as we have mentioned, will be out until January due to a tear in the rectus femoris. Therefore, once again the Dutch coach would be forced to invent emergency solutions for the winger.

Sergio Busquets will be available

In the same training session in which Sergiño Dest had muscular discomfort, a recovered Sergio Busquets participated. After his knee sprain, the Badía midfielder is ready to return, although his position in the eleven is not assured. To this day, they are Miralem Pjanic and Frenkie de Jong who have the most options to enter the double pivot, although the Catalan’s recovery continues to be great news.