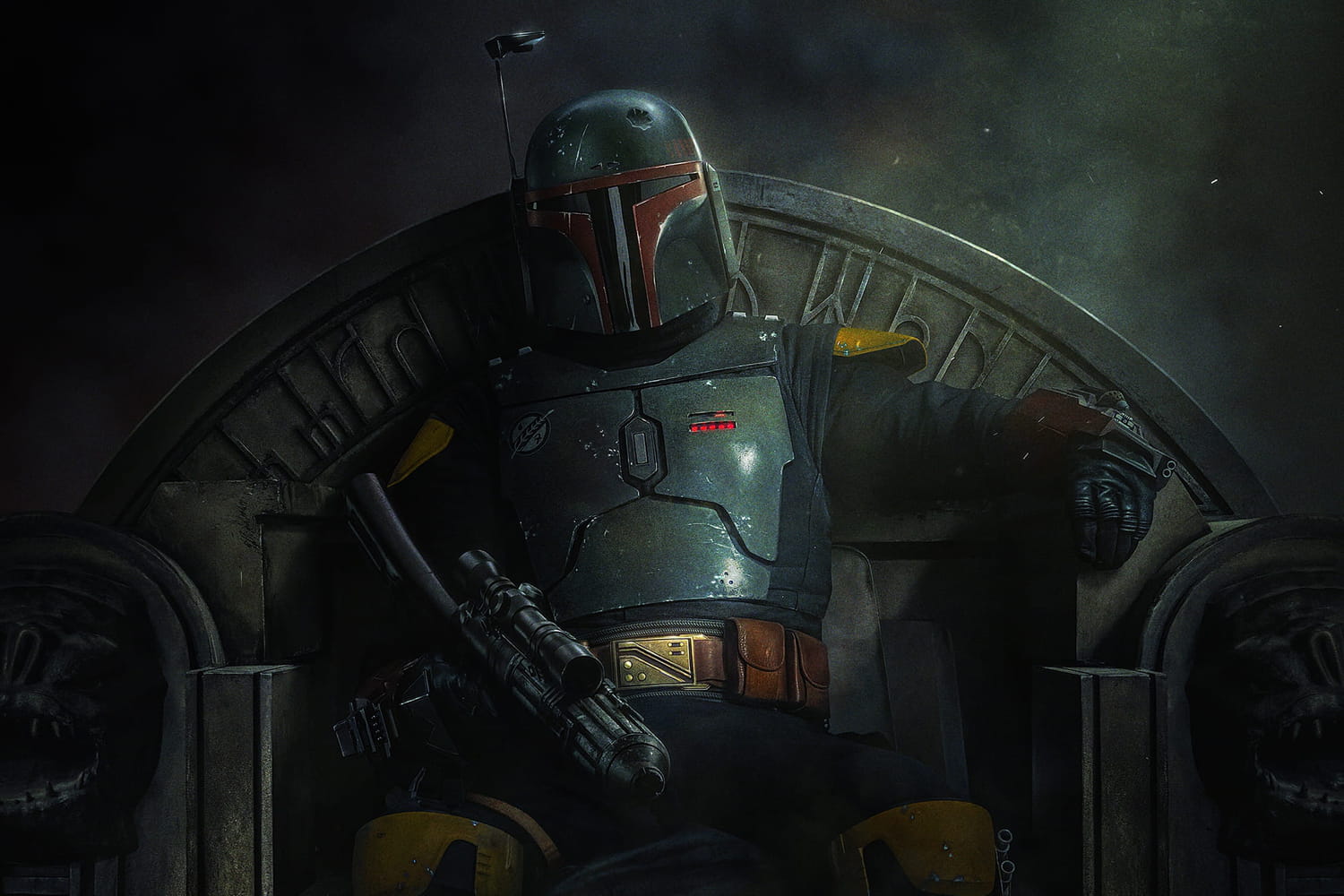 BOOK OF BOBA FETT. Spin-off of The Mandalorian, The Book of Boba Fett series is scheduled for Christmas on Disney +. Release date, casting … Here is the first info on this highly anticipated spin-off series.

[Mis à jour le 29 septembre 2021 à 17h49] Season 2 of the series The Mandalorian surprised many fans of the Star Wars saga by revealing the arrival in the cast of a certain Boba Fett, famous bounty hunter who appeared in The Empire strikes back and Return of the Jedi. Almost silent, the character has long fueled the fantasies of fans of the saga, in particular through the charisma of his green Mandalorian armor. To the delight of fans of the saga, the interpreter of Jango Fett (Attack of the Clones), Temuera Robinson had returned to the screen in The Mandalorian before Lucasfilm announced that the character of Boba Fett would have right to his own series on Disney ++: The Book of Boba Fett, whose French title is now known: Le Livre de Boba Fett.

And that’s not all we know about this series since Disney has now revealed the release date of Boba Fett’s Book, which we knew would arrive before season 3 of The Mandalorian. The series spin-off Star Wars will be broadcast on December 29, 2021, during the Christmas holidays. Enough to spend a vacation dreaming of a galaxy far, far away.

As for the synopsis, Disney told us a little bit more: “The Book of Boba Fettrecounts the adventures of legendary bounty hunter and mercenary Fennec Shand. After venturing into the shallows of the galaxy, the two return to the midst of the Tatooine dunes to claim the territory once ruled by Jabba the Hutt and his crime syndicate …

At this stage, only two actors have been confirmed to the casting of The Book of Boba Fett. Temuera Robinson, who appeared as Jango Fett in Attack of the Clones and then Boba Fett in The Mandalorian, takes on the role of the bounty hunter in green armor. He will give the answer to Ming Na-Wen who takes again the role of Fennec Shand, character appeared in the series The Mandalorian. On the creative side, the series is co-produced by John Bartnicki (The Lion King) and John Hampian. As executive producers, we also find Jon Favreau (The Mandalorian, Iron Man), Dave Filon (The Mandalorian, Star Wars Clone Wars and Rebels) but also Robert Rodriguez (Alita Battle Angel), Kathleen Kennedy (president of Lucasfilm), Colin Wilson (Avatar), Karen Gilchrist (The Jungle Book) and Carrie Beck (Star Wars Rebels).