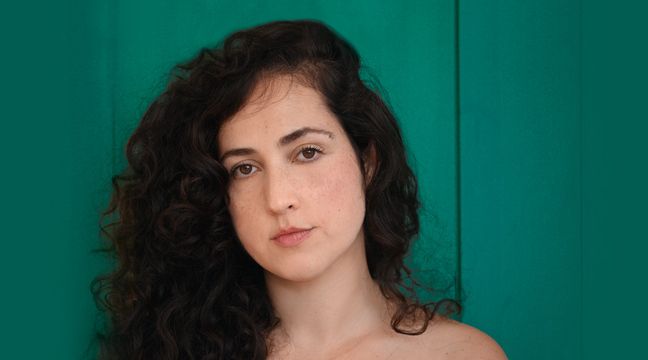 Live the best day of his life. Discover limitless love. And bathe in a pure happiness that no sleepless night can thwart. These are the joys of motherhood. Exhaustion, psychic suffering or the impression of having the body in pieces, we talk less.

So hide this postpartum that cannot be seen. In February 2020, an advertisement for postpartum products was censored on American television on Oscar night. “There was nothing trashy in this spot, which showed the reality of a woman who has just given birth, wearing suitable protections, it was even quite moving”, recalls Illana Weizman. Disgusted, the sociologist and feminist activist launched in the wake with three activist friends the #MonPostPartum, which opens a space of speech on this very taboo subject, and through which thousands of women will deliver their testimony. “I was barely getting my head out of the water of my postpartum depression. Reading all these testimonials was a kind of therapy, ”she confided. One year later, Illana Weizman signs This is our postpartum (ed. Marabout), a manifesto for things to change.

Speech around the post-partum began to break free, but the taboo remains stubborn …

The taboo of the postpartum period comes from the idea that it does not respond to the idyllic vision of glorified motherhood, that one is not a real mother if one dares to complain. Obviously, a child is happiness, but it is about rebalancing the discourse. If no one talks about it, when we in turn are confronted with postpartum difficulties, we dare not talk about it. I self-censored for almost eight months, I did not tell my husband about my difficulties, I hid myself to cry, in the shower, in the toilet. I felt like I was a bad mother, to be the only one going through this, when many women are concerned.

Whenever there is freedom of speech on a social issue thanks to social networks, we should be delighted. But this is only a first step: then this liberated word must be heard and followed by political responses. Because today, they are not up to the task, and too many young mothers feel abandoned.

However, you will recall, knowledge is a power, and allows to prepare …

No woman around me had spoken to me about the post-partum period, it is a kind of widespread modesty, “so as not to scare people”, we often hear. But what scared me was precisely not knowing what I was going through! Even in the medical field, it is not addressed. The pregnancies are very followed, there are sessions of preparation for childbirth, but nothing on the postpartum: from the moment the child is born, it is the black hole.

However, it would be easy to create preparation modules. No one told me that I would have trenches [des contractions pour que l’utérus retrouve sa forme et sa taille normales] so strong and painful that I would go to the emergency room, thinking I was bleeding internally, when it was normal. If I had known this could happen, it would have spared me these traumatic anxieties.

What resources are available for postpartum today in France?

Activism is gradually developing, associations are setting up support groups, there are Instagram accounts and podcasts. On the medical side, many women are unaware that they can benefit from consultations taken care of with a midwife in the first days after childbirth. And for those who are in great suffering, there are in France about fifteenmother-child units.

The existing structures must be strengthened. Then, each woman experiences her own postpartum period: it can last a few weeks, several months, even one or two years, with various physical and psychological symptoms. Hence the importance of setting up individual monitoring.

You have explored the various accompanying measures around the world. Which countries could we draw inspiration from?

In many traditional societies there is this idea that it takes a village to raise a child. For about 40 days, the women of the community are at the young mother’s bedside, feeding her, taking care of household chores and taking care of her and her baby.

In Western societies that support the postpartum period, this “village” is made up in particular of health professionals. In the Netherlands, when there are no complications, the mother leaves the maternity ward on the day of delivery. But she is accompanied by a specialist nurse, who comes to her home for eight days, eight hours a day, as part of care supported by the State. She accompanies him on the establishment of breastfeeding, the first bath, cleaning of the umbilical cord scar, rehabilitation of the perineum …

They want us to believe that we are naturally a mother, but it is an apprenticeship. If we had this automatic treatment in France, we would be able to prevent postpartum depression much better, which affects one in five women. Because when you’re underwater, it’s hard to ask for help, especially when you live far from loved ones and your co-parent is working.

On July 1, the paternity leave extended to 28 days will come into force. Can this measure be a game-changer?

This co-parenting leave only comes with 7 mandatory days, which is largely insufficient! To respond to the mental suffering of mothers, we need equal leave for both parents, over a long and paid time.

France is lagging behind, and not only by referring to the Nordic countries. Spain has introduced compulsory and paid parental leave of 16 weeks for mother and co-parent. This shows that everything is a question of political will, and of financial means.

What would you advise future mothers to prepare for the postpartum period?

Depending on the means of the home, we can try to organize ourselves so that the co-parent takes several weeks’ leave as soon as he returns from maternity. We can also, upstream, during pregnancy, set up a support network by soliciting relatives, for example to take care of the eldest children. Or ask them – rather than offering yet another blanket or clothes that the baby will not have time to wear – to offer cleaning hours, hot meals, post-partum care, massages. But it is still necessary that spouses, friends and relatives are informed about the postpartum period to provide help.

* This is our postpartum. Defeat myths and taboos to emancipate yourself, Marabout editions, in bookstores since January 20, 17.90 euros.