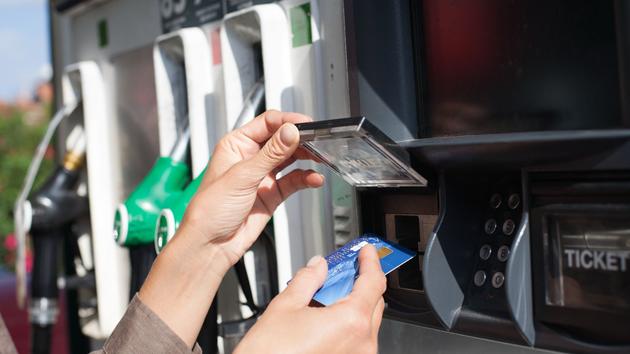 While changes in the price of oil can cause the cost of fuel to fluctuate, most of the final bill consumers pay comes from state-imposed taxes.

It is a tense subject, quick to arouse the anger of millions of French motorists. For several months, the price at the pump has been steadily rising, putting a strain on household wallets. The government is closely monitoring this subject: Bruno Le Maire closed the door to any reduction in fuel taxes, but assured that “specific measures for those who have to take their vehicle to go to work” were considered. For their part, the oppositions are also putting forward proposals, asking which an effort by distributors, which a reduction in fuel taxes.

Because if the current rise in prices is due to the increase in the cost of a barrel of Brent on the international markets, the authorities can hardly act on this part of the cost. It evolves according to the cost of the raw material, which fluctuates according to the economic situation, on the one hand, and production, on the other hand. Recently, the economic recovery and weak production have thus led to a rise in prices on the markets. The barrel of Brent rose to 74.49 dollars in September, close to its highest level since October 2018. It is rose, in October, to 83 dollars, before falling again, in December, to 74.17 dollars.

To this first element, which weighs about a third of the total price of a liter of diesel, are added the costs linked to the refining of the crude oil, as well as the costs of transport, storage and distribution of the product assumed by the industrialists. . These are taken into account by the distributors in order to establish the final price. Finally, companies also calculate a margin. It is particularly low for large retailers, such as Leclerc, and it “constitutes the smallest part of the price of fuel, since it represents on average only one euro cent per liter of unleaded or diesel withdrawn at the station, i.e. less than 1% of the price at the pump”, according to TotalEnergies.
SEE ALSO – Gasoline prices: Bruno Le Maire “closes the door to a reduction in taxation” but considers possible aid

Taxes weigh for more than half the price

All these things taken into account, we still haven’t arrived at half the final price of fuel. The rest – the lion’s share, between 50% and 60% of the price invoiced – comes from the public authorities: this is the tax burden on fuel, deliberately heavy, mainly in order to encourage motorists to change their behavior and obtain more modern, less fuel-efficient and less polluting vehicles.

Two levies are added to the price set by the private sector: first, an internal consumption tax on energy products (TICPE). It applies to all petroleum products, including fuel oil, gasoline or diesel. Its rate is fixed, determined each year and voted on during the budgetary debates in Parliament. The amount may vary depending on the nature of the product and the region concerned. Since 2018, the tariff on diesel has been set at 59.4 euro cents per litre, and that on SP95 at 68.29 euro cents per litre. Overall, the TICPE weighs heavily in the State accounts: in 2019, its revenue “amounted to approximately 33.2 billion euros”, according to the Ministry of Ecological Transition, making this tax the “fourth state tax revenue behind VAT, income and corporate taxes”.

Finally, in addition to this tax, there is a value added tax on fuels: since 2014, its rate has been set at 20% in mainland France. Note that VAT also applies, separately, to the TICPE, adding to the total. A “tax on tax”, criticized on numerous occasions by elected officials. On a liter of SP95 costing 1.72 euros on January 21, the taxes add up, weighing 0.98 euros, or 57% of the total, calculates the French Union of Petroleum Industries (Ufip). On a liter of diesel, taxes represent 54% of the final price.

In summary, taxation weighs for more than half of the total price of fuel, the rest coming from the cost of the raw material, the value of which remains high, and the costs linked to its distribution. We then understand better the calls of the oppositions such as the association 40 million motorists for the State to lower the taxes on refueling. But, knowing the windfall that the TICPE represents for public finances, we also understand Bercy’s reluctance to let go of ballast. Because any reduction in fuel tax, even temporary, will then be difficult to cancel, from a political point of view.

Note, the price at the pump differs greatly in the European Union, depending on the taxes imposed by each country. According to the latest data shared by the European Commission, in mid-January, a liter of SP95 thus cost, on average, 1.628 euro in the Union and 1.689 euro in the euro zone. The price was lower in some Eastern European nations, including Bulgaria, Slovenia and Poland, but it was much higher in the Netherlands, Greece and Finland. France is rather in the upper range compared to its neighbours.

follow live the round of 16 between Cameroon and the Comoros