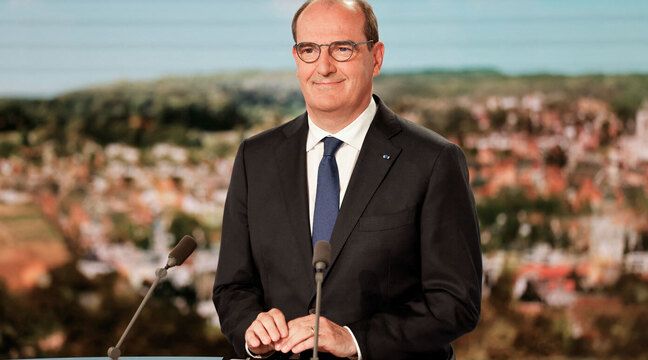 The message had the merit of being clear: “In the 4th wave, we are there,” said Jean Castex on Wednesday, at “13 Hours” of TF1. The Prime Minister, who was leaving the defense council, said the number of Covid-19 contaminations had jumped 140% in a week. In this context, it revised upwards the vaccination objectives in the face of the spread of the Delta variant, targeting 50 million first-time injections by the end of August, thanks in particular to the opening of 5 million appointments ” within fifteen days ”.

What other announcements has the Prime Minister made? 20 Minutes make the point.

According to the Prime Minister, 96% of the 18,000 people infected with Covid-19 identified on Tuesday were not vaccinated, thus pushing the executive to put a new strain on the vaccination campaign. Engaged in a delicate time trial, the head of government announced the opening of 5 million new vaccination slots in the next two weeks with, on the horizon, a target of eight million additional first-time vaccines. in this interval.

Ahead of the market set in June, namely the goal of 40 million people who received at least one dose at the end of August, Jean Castex raised the bar to 50 million at the same time. “It is a very ambitious objective, but which also shows that we will have understood the gravity of the situation”, he pleaded.

While about 16% of over 60 years are not vaccinated, “and that the Delta variant is much more transmissible”, for the hospital, the wave may be of the same magnitude as the previous ones “, assured this Wednesday in Release Martin Hirsch, General Manager of AP-HP.

While the bill extending the health pass to cafes, restaurants and transport is currently being examined by the National Assembly, Jean Castex has provided details on its use and controls. Managers of establishments open to the public – such as cinemas and museums since Wednesday, then cafes and restaurants from the beginning of August – will have to check the health passes at the entrance, but will not be responsible for verifying the ‘identity’ of the people who present them. And a tolerance of “one week” will be granted to do “pedagogy” after the entry into force of the extended health pass, “the time for sanctions” coming only after.

“We are satisfied that we do not have to do identity checks”, reacted Didier Chenet, president of the union of independent hotel and catering (GNI). While saying “do not understand why the terraces, which are outdoors, are subject to the sanitary pass”.

There will be “no health pass in schools”, recalled the Prime Minister, even if the executive also intends to accelerate the vaccination campaign for 12-17 year olds. As such, the Prime Minister stressed that “devices to go to” will be deployed in colleges and high schools at the start of the school year to carry out “indoor vaccination”.

In this context of epidemic resumption, discotheques, which have just reopened for a third of them, are “under strong vigilance” in particular in “departments where the incidence rate is exploding”.

No tolerance for acts of violence and intimidation

The Prime Minister also sent a message of firmness towards those who “come to acts of violence” by protesting against vaccination. “We will be intractable,” he promised, targeting those who “allude to the yellow star or the Holocaust, attack parliamentary offices, set fire to vaccination centers”.