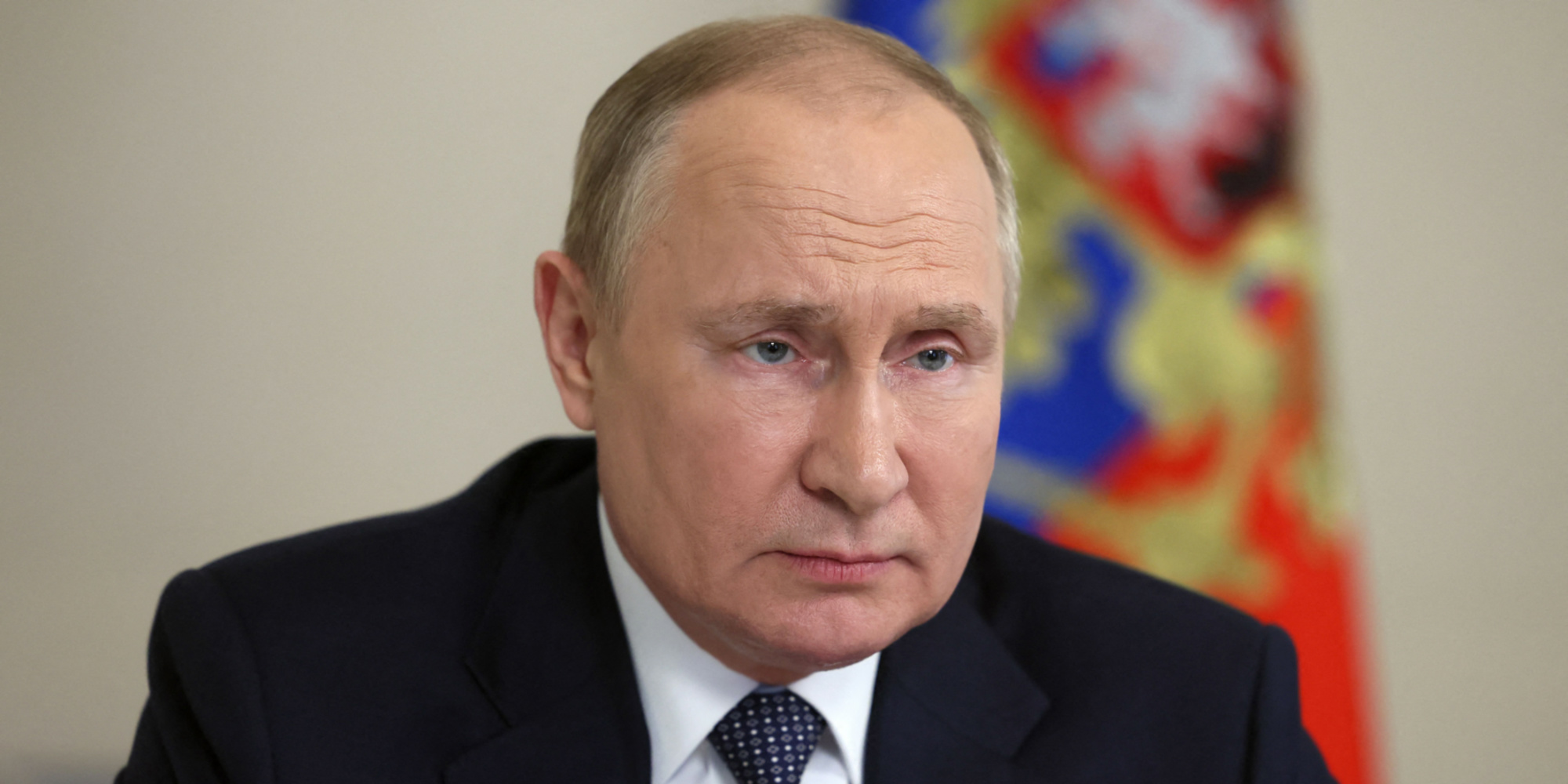 Vladimir Poutine accuses the United States of dragging out the conflict by Ukraine, on the 174th day of the Russian invasion. At the same time, a fire caused another explosion of ammunition in the Crimea. At the same time, a UN humanitarian ship carrying cereals to Africa left the country on Tuesday: a first since the agreement allowing the export of Ukrainian cereals blocked by the conflict, signed in July by kyiv and Moscow, via a mediation by Turkey and under the aegis of the United Nations.

– Putin accuses the United States of “destabilizing” the world

The Ukrainian public operator of nuclear power plants Energoatom denounced Tuesday in a press release an “unprecedented” Russian cyberattack against its site, specifying that its operation had not been disrupted. “On August 16, 2022, the most powerful cyberattack since the start of the Russian invasion took place against the official Energoatom website,” the operator said on Telegram. The site “was attacked from Russian territory,” he added.

Meeting between Guterres, Zelensky and Erdogan on Thursday in Ukraine

To discuss in particular the implementation of the agreement allowing these exports of Ukrainian cereals, signed in July by kyiv and Moscow under the aegis of the United Nations and via mediation by Turkey, the Secretary General of the United Nations Antonio Guterres will travel to Ukraine on Thursday, where he will meet Ukrainian presidents Volodymyr Zelensky and Turkish Recep Tayyip Erdogan, his spokesperson announced on Tuesday.

Putin says US is trying to ‘destabilize’ the world

The war, which began on February 24, has resulted in very heavy sanctions on Russia from Western countries and historic financial and military aid for Ukraine, causing unprecedented tensions, in particular between Washington and Moscow. Vladimir Putin criticized the United States for seeking to “destabilize” the world, also citing the recent visit to Taiwan by Speaker of the US House of Representatives Nancy Pelosi.

“The situation in Ukraine shows that the United States is trying to drag out this conflict. And it is doing the same by cultivating the possibility of a conflict in Asia, in Africa, in Latin America,” Vladimir Putin told the International Security Conference in Moscow. He denounced an “insolent demonstration of their lack of respect for the sovereignty of other countries and their international obligations”.

Another explosion of ammunition in Crimea

The accusation comes as Russian military bases in the Crimean peninsula annexed by Russia in 2014, which serves as a logistics rear base for Russian forces, are hit by fires. Tuesday, a fire around 3:15 GMT caused an explosion of ammunition in a base in the district of Djankoï (north), according to the Russian Ministry of Defense. Two civilians were injured and residents of a nearby village were evacuated, according to Crimean Governor Sergei Aksionov. The explosion is due to an “act of sabotage”, the Russian army said in a statement, without naming those responsible.

“A number of civil infrastructures, including a high voltage line, a power station, a railway line, as well as several houses were also damaged”, she detailed. Reacting to these explosions, Andriï Iermak, the head of the Ukrainian presidential administration, hailed on Telegram a “demilitarization operation like a goldsmith’s work by the Ukrainian armed forces”, which according to him will continue “until the complete liberation Ukrainian territories”.

Crimea plays a key role in Russian strategy. The offensive on southern Ukraine, which allowed Moscow to capture large swaths of territory in the first weeks of the war, started from there. Russian planes also take off almost daily from Crimea to strike targets in areas under kyiv’s control; several areas of this peninsula are located within the range of Ukrainian guns and drones.

Despite the conflict, Crimea has remained an important vacation spot for many Russians who continue to enjoy summer on its beaches. From September 1, on the other hand, Russian tourists will have less easy access to the territory of their Finnish neighbor : Helsinki has announced a drastic reduction in the visas granted to them, to 10% of the current volume.

The Russian Minister of Defense wants to reassure on Zaporizhia

The Zaporizhia nuclear power plant, under Russian control in southern Ukraine, has also remained a source of major tension for days : several strikes of which Moscow and kyiv mutually accuse each other have targeted the installation, the largest in Europe. If the fear of a nuclear disaster has been brandished as far as the UN Security Council, the Russian Minister of Defense, Sergei Shoigu, tried to reassure on Tuesday about Russian intentions in the nuclear field.

“The main purpose of Russian nuclear weapons is deterrence of nuclear attack,” he said.

French President Emmanuel Macron called on Tuesday for the withdrawal of Russian forces from the plant, taken in early March by Russian troops, stressing the “risks” that their presence poses to the security of the site. During a telephone conversation with his Ukrainian counterpart Volodymyr Zelensky, he underlined “his concern about the threat posed by the presence, the actions of the Russian armed forces and the context of war with the ongoing conflicts over the security and security of Ukrainian nuclear facilities, and called for the withdrawal of these forces,” said the presidential palace of the Elysée in Paris.

According to Ukraine’s infrastructure ministry, the first UN ship loaded with grain left the port of Pivdenny in southern Ukraine on Tuesday with some 23,000 tonnes of grain on board for Ethiopia. The conflict has blocked Ukrainian grain exports for months, worsening food insecurity in many developing countries

According to the World Food Program (WFP), a record 345 million people in 82 countries now face acute food insecurity, while up to 50 million people in 45 countries are at risk of starvation without humanitarian aid. Since the agreement on the export of Ukrainian cereals on July 22, more than fifteen boats have left Ukraine, according to kyiv’s count, but no humanitarian cargo from the UN has yet set sail.

This is Arturo’s, the restaurant where diners yelled ‘thief’ at Manuel Bartlett – El Financiero