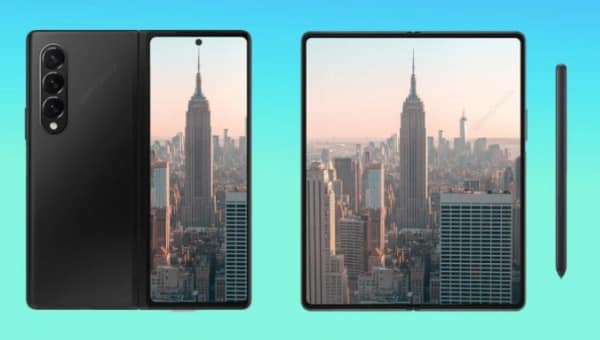 The Galaxy Z Fold 3 foldable phone is one of the most awaited tech products right now. The phone offers clear updates compared to the previous generation, and emphasizes the importance of foldable phones.

Samsung is the leading company in this field. This has appeared with the first version of the Galaxy Fold, up to the second generation and the Galaxy Z Flip, which provided a distinct concept for this type of phone.

and planning company Samsung to unveil the Galaxy Z Fold 3 at its next major conference. The conference is known as Galaxy Unpacked and is held twice a year, the first time in February with the announcement of the new Galaxy S, and the second time in August.

Read also: Foldable phones are not a passing fad, but the beginning of a new era

What we know about the Galaxy Z Fold 3

Given the importance of the Fold 3 phone, and since it comes to replace the Galaxy Note series, dozens of leaks have been circulating about it over the past months. At the moment we know most of the details of the phone, which is compared to the previous generation, of course.

Perhaps one of the most important components of this type of phone is the screen. According to the leaks, the phone will come with a 6.2-inch external screen with a frequency of 120 Hz. It shows a significant superiority compared to the fold 2 screen, which was at a frequency of 60 Hz.

The phone offers an internal screen measuring 7.6 inches, and it supports a frequency of 120 Hz as well. In addition to the high frequency, the screen also comes from the LTPO type, which increases energy savings. Expectations indicated that the phone would come with a camera at the bottom of the screen, but this is not yet confirmed.

Read also: Why smartphones are delayed or canceled in 2021

The Fold 3 version won’t offer much improvement in the cameras. It will come with a triple-lens rear camera and all of them are 12 megapixels. These are similar cameras to what we saw in Fold 2.

has Mentioned One source claims that Samsung has teamed up with Olympus to offer better sensors for cameras, but it remains popular. But the phone will pay more attention to the front camera of the external screen, which will be a 16-megapixel camera located at the bottom of the screen if the rumors are true.

Read also: All you need to know about Apple’s foldable phone

In terms of internal specifications, the phone comes with leading specifications in all respects. The phone will carry the flagship Snapdragon 888 processor that supports 5G networks. With 12GB RAM and 265GB storage. It is expected that different options will be available for the memories.

One of the latest interesting information is that the phone will finally support water resistance, but only with the IPX8 standard. According to what we know, the phone will offer a 4,380 mAh battery that supports fast charging.

Compared to the version of the Fold 2, the phone will provide a significant improvement in terms of performance, along with support for water resistance as mentioned above, and also support for the S Pen, which will come in a custom version and will not be the same as the Galaxy Note pen.

Read also: The most prominent smartphones expected to be launched before the end of 2021

The pricing of foldable phones must be improved in order to be able to attract a new segment of users, including Galaxy Note users themselves.

According to expectations and leaks, the phone will come at a 20% lower price than the previous generation. Accordingly, it is expected that the phone will be sold at a price of $ 1,599 directly at launch.