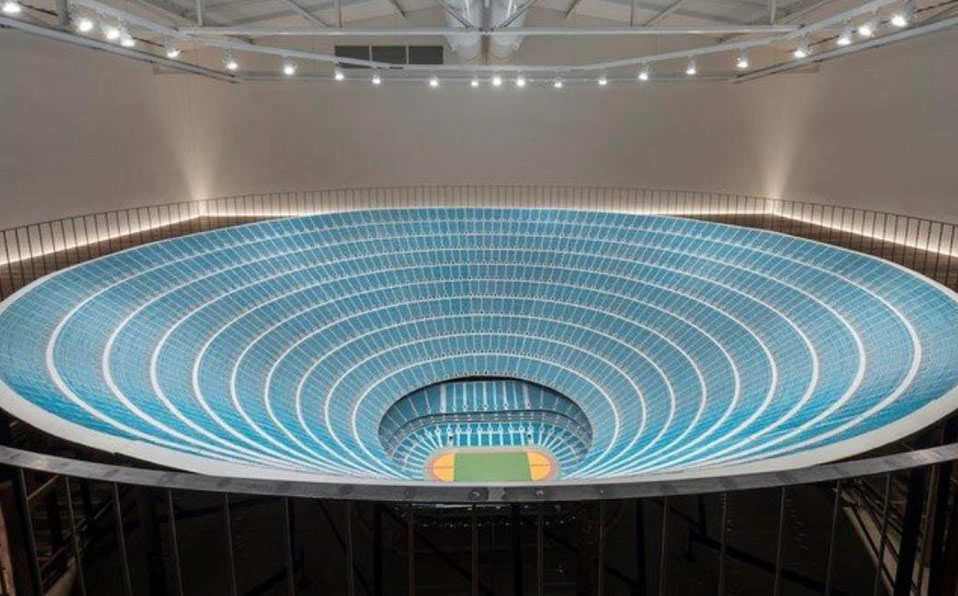 What would a stadium with a capacity of one million people be like? This answer was answered by the artist of Hawaiian origin, Paul Pfeiffer with the work titled Vitruvian Experiments, based and inspired by the Sydney Olympic Stadium which opened in 1999, a year before the first Olympic Games of the new millennium.

It is a sculpture almost three meters high, with a million seats, a work that according to Fernando Arruda, associate curator of the Institute of Contemporary Art of Brazil, responds to the consumption needs of today’s society.

The work of Pfieffer It has been mainly based on the connection of contemporary culture with art, politics, religion and the media, and has been exhibited in important venues such as the Whitney museum American Art NY, he Hammer museum, in Los Angeles, the Contemporary Museum, in Honolulu, and the Museum of Contemporary Art of Chicago.