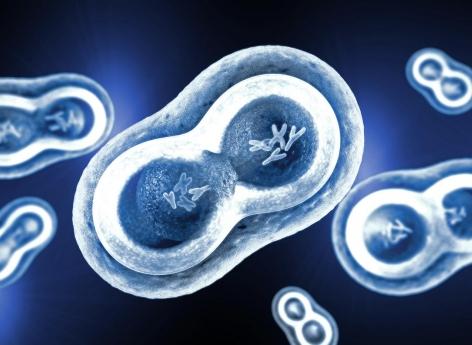 In many animal species, including the human species, only a handful of males could be enough to impregnate all the females and thus ensure the renewal of generations. Why then are they born so numerous, to the detriment of females?

Researchers from the University of Uppsala (Sweden) provide a new answer. In a study published in the scientific journal Evolution Letters, they demonstrate that a large male population makes it possible to eliminate bad genetic mutations from the population. Which, in the long term, has genetic consequences on sexual selection.

Mutations present but not detectable in females

To conduct their work, the researchers relied on the theory that in many animal species, the fierce competition between males to impregnate females results in the selective elimination of individuals with many deleterious mutations, which prevents them from transmit said mutations. This selection has positive long-term effects on the growth and persistence of a sexually reproducing population.

They then verified it using 16 genetic strains of seed beetle (Callosobruchus maculatus). Their aim was to study how the presumed number of deleterious mutations in each of them affected the reproductive capacity (fitness) of females and males. Scientists tracked strains marked with high inbreeding, which allowed them to quantify the cumulative effects of each strain’s unique set of mutations. By comparing the inbred strains to crosses between them, they were able to see that these mutations almost equally harmed females and males. However, the effects of mutations manifested only in the physical condition of the males. In females, the deleterious effects of the mutations they carried were not detectable in this genetically more variable context. They would therefore not be effectively eliminated by female-specific selection in the wild.

“This indicates that although these mutations have a detrimental effect on female reproduction, they are more effectively removed from the population by selection acting on male carriers than on female carriers.”, points out Karl Grieshop, evolutionary biologist at the Canadian University of Toronto and lead author of the study.

According to the study’s authors, this new work sheds new light on the old question of why so many multicellular organisms resort to sexual reproduction.

“The production of males results in a decrease in the reproductive capacity of a species, since the males themselves contribute less than the females to the production of offspring. The question therefore is why a species evolves to reproduce sexually. , instead of just producing females through asexual reproduction. Our study shows that producing males, which can compete intensely for the chance to mate, allows for more rapid elimination of deleterious mutations in the population, which could thus provide a healthier set of genes and a higher reproductive capacity compared to asexual reproduction “, concludes David Berger, researcher and team leader in the Department of Ecology and Genetics at Uppsala University.