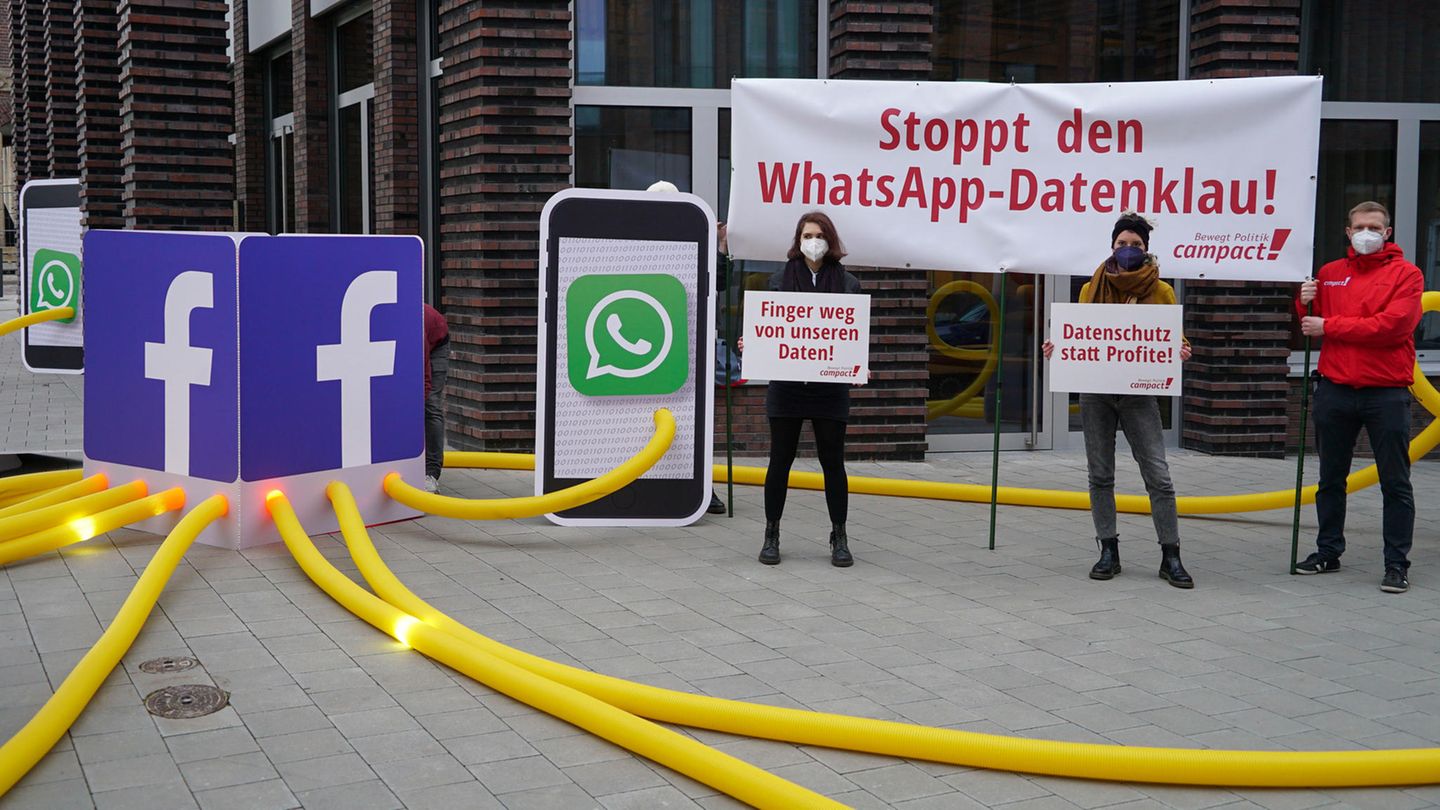 WhatsApp buckles: For the time being, there will be no consequences if new data protection rules are rejected

After the announcement of the new data protection rules on WhatsApp, there was criticism and a migration of users. First its introduction was postponed by three months, now the chat service belonging to Facebook is backing down again.

For the time being, WhatsApp users will not have any consequences if they do not agree to the new data protection provisions of the chat service. There are currently no plans to restrict the range of functions for them, a spokesman for the Facebook company told the two technology blogs “The Next Web” and “The Verge”. WhatsApp wants to clarify this after consulting with authorities and experts. Instead, these users will be reminded of the update “from time to time”.

WhatsApp put the new data protection regulations into effect around two weeks ago. It said that users who do not agree to the update threaten to gradually lose important functions after a few weeks with warnings. “It is currently not planned to make these reminders permanent or to limit the functionality of the app,” it now says in WhatsApp’s questions and answers about the new regulations. “Due to the update on May 15th, neither accounts will be deleted nor the functionality of WhatsApp restricted.”

According to previous announcements, users should lose access to their chat list over time, as WhatsApp explained in a blog entry. First of all, you should still be able to accept incoming audio and video calls and use the notifications to answer chat messages. A few more weeks later, WhatsApp would then neither send calls nor messages to their smartphones, was the announcement. How long it would take until then was always an open question.

WhatsApp had always emphasized that the update did not involve any additional data transfer to Facebook. The changes are primarily about creating better ways to communicate with companies. The end-to-end encryption, with which chat content is only visible in clear text to the participating users, will not be shaken either.

The Hamburg data protection advocate Johannes Caspar stepped in anyway and, as a precautionary measure, issued an order in mid-May that prohibited Facebook from processing WhatsApp data from German users. It is valid for three months because the Irish data protection authority is responsible for Facebook in Europe. WhatsApp replied that the arrangement was based “on a fundamental misunderstanding of the purpose and consequences of the update”.

WhatsApp had already rejected the announcement in January that more data would be shared with the mother. However, the introduction of the new provisions was postponed by more than three months to May 15 following criticism and a migration of users.

At the same time, WhatsApp itself emphasized that the exchange of messages with companies is different than with family or friends. “When you communicate with a company via phone, email or WhatsApp, it can use the information from these interactions with you for its own marketing purposes. This can also include advertising on Facebook,” it said in an explanation.

Now users should be made aware of the new provisions if they “want to communicate with a company that receives support from Facebook,” said the statement to “The Next Web”.

Outside the EU, some WhatsApp user data has been flowing to Facebook since 2016, for advertising purposes or to improve products.