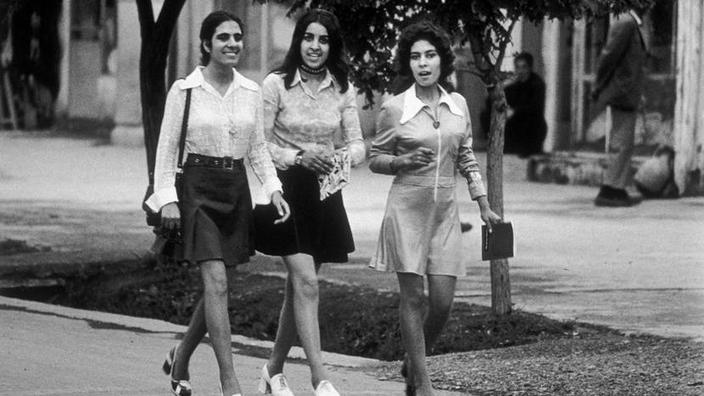 STORY – The photo of three young girls in miniskirts in Kabul in the 1970s went viral, influencing Donald Trump, in 2017.

She has been repeating it for twenty years: no, this photo is not representative of an era. When we evoke this image of three young girls in miniskirts in Kabul, its author, Laurence Brun, gets annoyed. The Swiss photographer spent two years traveling through Afghanistan to document the situation of women in the face of the weight of tradition. Two years traveling towns and countryside, taking hundreds of pictures. Yet only one of them has made history … surely wrongly.

Since 2001, the photo has been everywhere: the return of the Taliban in August has put something back into the machine. The media use it to evoke a lost modernity, the far right shares it in montages denouncing Islamization. The photograph even reached, in 2017, the eyes of Donald Trump, brandished by a military adviser as an argument to keep US troops in Afghanistan.

Read alsoAfghanistan: who are the Taliban?

That day in 1972, in the modern district of Shahr-e-Nao, Laurence Brun hesitated to take this