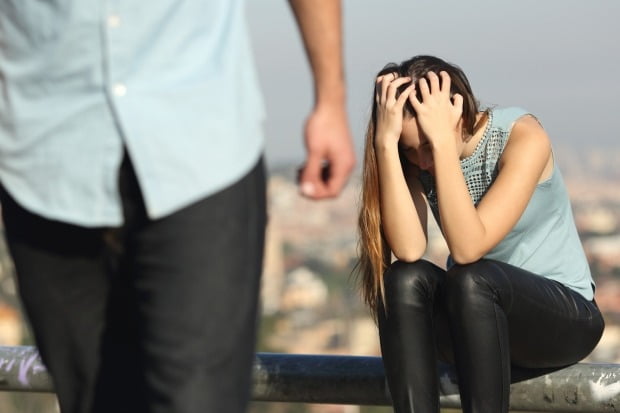 The shocking story of a wife who finds out that her husband was a sex offender after marriage is a hot topic.

The client, who came to the office of the channel IHQ’s ‘God of Attorney’, which was broadcast on the 30th, was a new bride who had been married for two weeks and requested divorce counseling after finding out about her husband’s reality.

Client A, who decided to marry her against her husband’s friendly personality. He was getting a charter loan to buy a house for the newlyweds before her wedding, registered the marriage in advance, and was preparing for the wedding.

If there’s one thing that bothers me, there’s a time when my husband’s ex-girlfriend came to visit me before the wedding.

However, her husband was unfair, and Mr. A, who had deep trust in him, trusted her husband and proceeded with the marriage.

However, after the honeymoon, the husband disappeared. She disappeared without even going to work, but surprisingly, it was the police station where she found her missing husband. Her husband had been arrested after being accused of illegally filming and intimidating by her ex-girlfriend.

Mr. A is preparing a lawsuit to annul the marriage to the fact that his affectionate husband was actually an ugly sex offender. Is it possible?

Lawyer Lee explained, “Our case law on annulment of marriage is very strict.”

He continued, “It is difficult to cancel a marriage if you deceive your financial ability. For example, if you only deceive that your annual salary is 50 million won but 100 million won, the reason for annulment will not be recognized.” “It could be a reason for cancellation,” he said.

In the case of actively deceiving documents such as educational background, occupation, marriage, or divorce status, the marriage can be canceled under strict conditions.

Lawyer Lee said, “A doctor in his 40s, who has not even had a history of sexual crimes, is being accused of meeting women by joining a marriage information company by manipulating the personal information of his driver’s license, marriage certificate, and professional license and taking a photo and submitting it. In the past, before obtaining a doctor’s license, there was a case where it was investigated that there was a history of being punished for violating the Act on the Punishment of Crimes of Quasi-rape and Sexual Violence and Protection of Victims (photographing using cameras, etc.).”

He continued, “Criminal history can be an important fact. Therefore, the failure to notify the criminal history in advance can also be a reason for the annulment of the marriage.” It has to be a case where it is acknowledged that it has a large impact on the married life in light of the relationship in life and would not have married if the person concerned had known such a fact.”

He continued, “It can be said that it is a very important fact to deceive a history of sexual crimes, so if you actively deceive this fact, as well as if you do not notify this fact, it can be a cause for annulment of the marriage. In order to receive alimony, you must have evidence such as documents, text messages, recordings, and memoranda to file a claim,” he advised.

Lawyer Lee added, “Even if you file a lawsuit after death, it will be difficult to receive full compensation, so you must carefully decide not to meet such a person.”

What about annulment, which deletes the marriage record itself?

Article 815 (Annulment of Marriage) of the Civil Act stipulates that ‘when there is no agreement on marriage between the parties’ is a representative reason for invalidation.

Lawyer Lee said, “Typically, if a man and woman who has no intention of getting married in order to acquire nationality or to receive a house for newlyweds make a false marriage registration, the annulment can be recognized. A case of claiming deceit by being deceived by an important fact is not an annulment of the marriage, but is a case of ‘actively deceiving an important fact that can determine the marriage’.

“If you decide to file a marriage annulment suit, you should file a lawsuit promptly,” he said.

Article 823 of the Civil Act (Extinction of Claims for Revocation of Marriage due to Fraud or Coercion) In a marriage due to fraud or coercion, no request for annulment may be requested when three months have elapsed from the day the fraud was discovered or the compulsion was avoided.

※[법알못]is a corner where we share our stories of damage in our daily life with various readers. Depending on the specific facts and circumstances of the case, there may be differences of opinion on the interpretation of the provisions of the law. Please note that the answer is the opinion of the attorney in general cases, and the answering attorney or the business operator has no legal responsibility in relation to the answer. If you have suffered damage due to aggression or other crimes, or if you have a story you would like to report, please send an e-mail. In addition, comments such as criticism and profanity against a specific person may be defamatory or insulting.

AMD Ryzen 7000 ‘Raphael’ CPUs are said to have a maximum frequency band of 5.85GHz

“The better one won’t win. Real Madrid wins.” … The Nishigami analyst unravels the winning drama that “shakes football from the ground up” | Goal.com Japan